As induction increasingly comes to the fore in cooking, is the crown continuing to slip for gas hobs? Philippa Turrell investigates.

With induction seemingly the media darling of hob-based cooking, it has undoubtedly had an impact on gas models.

While the market for gas hobs has been consistent at best, with a minor dip, there is a skew towards electric in volume, and in value terms induction reigns. 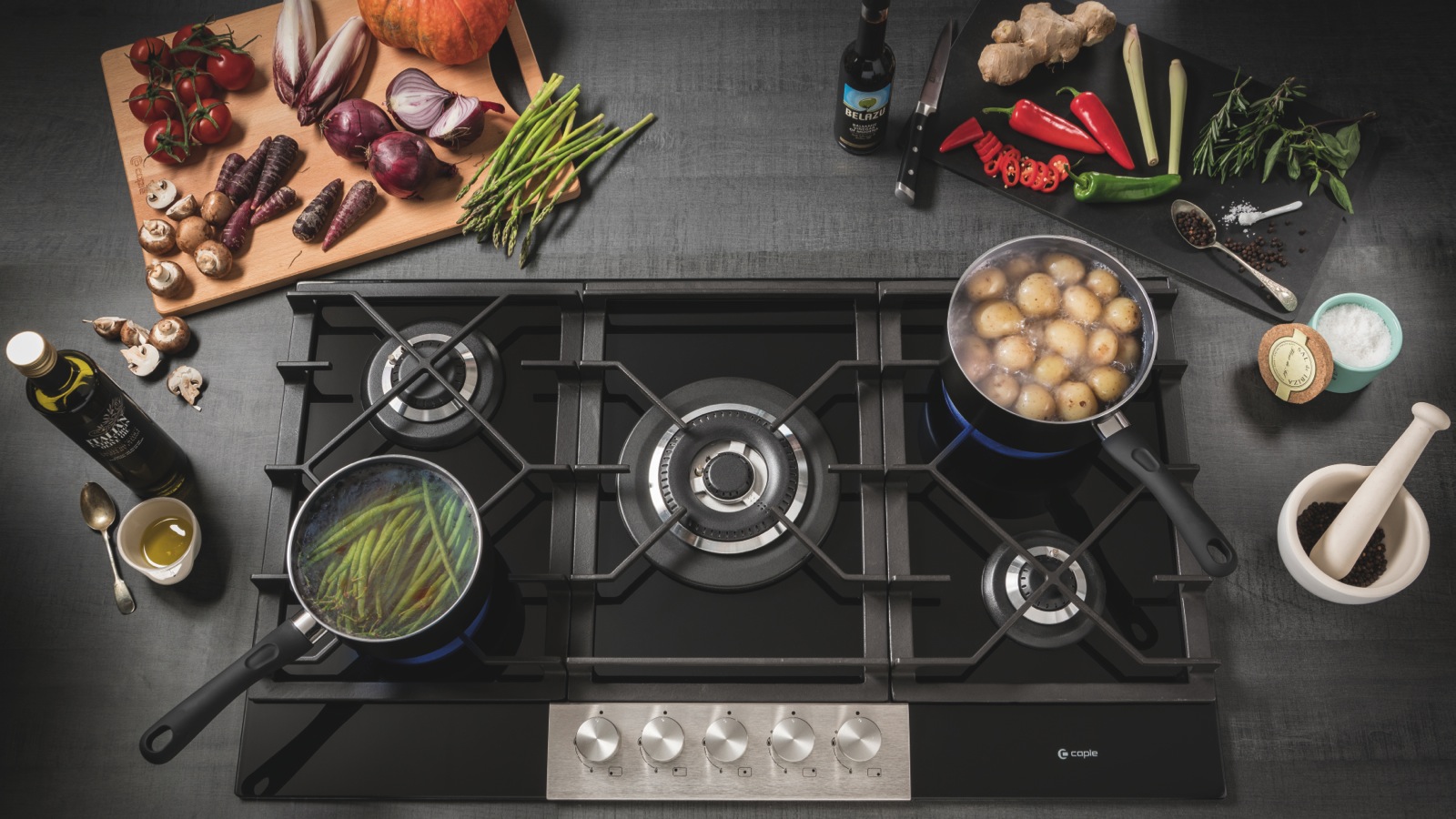 Head of category for built-in at Glen Dimplex Home Appliances (GDHA) Alex Hinton comments: “From a volume perspective, the market split is now 60/40 electric to gas, but in terms of volume this is more like 70/30.

“It is believed the reason for this is induction hobs are driving the value to the high-price marks.”

And brand marketing executive for Whirlpool Sinead O’Brien states gas, the traditional number one choice of consumers across entry, mid and upper market, “is being squeezed out as induction technology becomes more and more competitive.”

So does that mean it is all over for gas hob sales? Not so fast…

Gas is a more traditional and, therefore, a more easily understood method of cooking for the hob top.

It is used by professional chefs, shown frequently on a variety of TV programmes, and is augmented by the likes of teppanyakis and griddles.

And put quite simply, if customers are happy to use gas and don’t need to change their pans, why change over to induction? 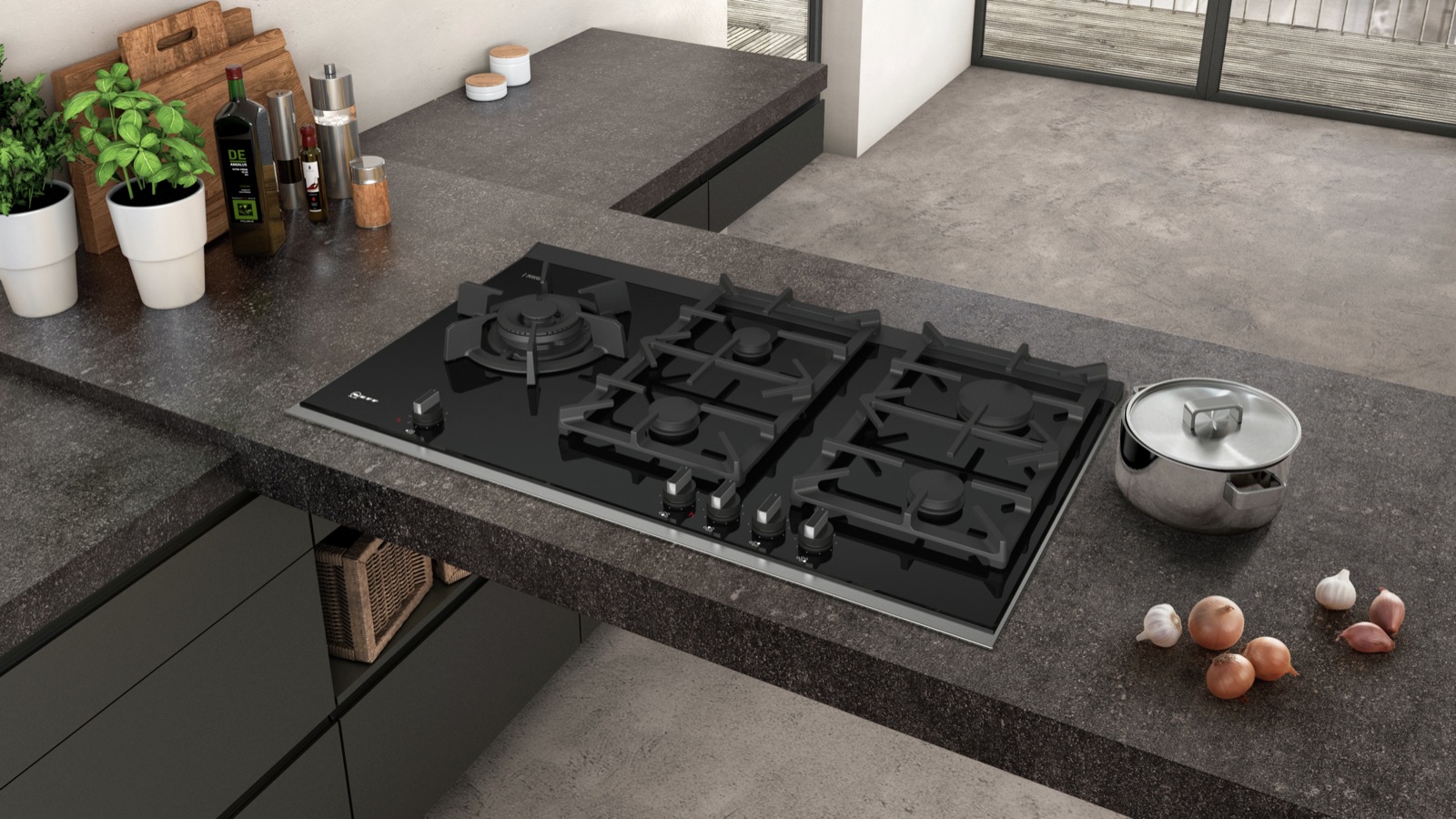 Neff – With a dual wok burner which delivers up to 6kW of power, the N90 T29TA79NO measures 900mm. It features FlameSelect technology for more precise selection of flame sizes, from 1-9, using its lozenge-shaped dials

Marketing manager for Amica Steve Corbett continues: “While powerful induction is a relative newcomer, gas has been available for decades.

It remains a favourite for consumers that live off grid, with wok enthusiasts and those that enjoy the flaming theatre of hob top cooking.”

In addition, unlike induction, gas hobs are available in a greater variety of looks to suit classic as well as contemporary decors.

For consumers inspired by professional-style kitchens, the stainless steel gas hob is key.

However, it is also able to blend into a contemporary scheme with gas-on-glass models designed as a response to the sleek lines of ceramic hobs. 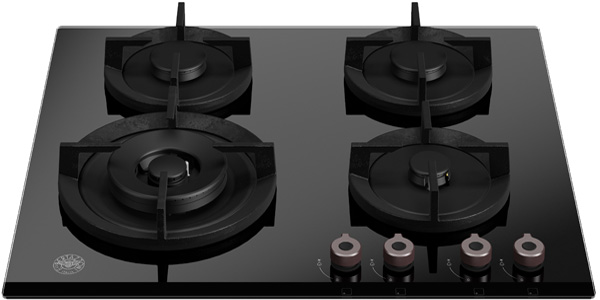 Bertazzoni – Part of the Professional Series is the P604LPR0GN gas-on-glass hob, which measures 600mm. It features four rings, including a 4kW Wok burner, cast iron pan supports and one-hand ignition

Product manager of Caple Luke Shipway comments: “Gas-on-glass is hugely popular and works well for those who are looking for a smart, modern finish in their kitchen.”

And managing director of Bertazzoni UK and Ireland Maurizio Severgnini agrees: “The design of gas hobs has been impacted by other categories.

“This is because more people want the aesthetics of a gas model with the added versatility of ceramic or induction – which is why we’ve started to see more gas-on-glass models.”

He adds: “We have noted more people trading up to gas-on-glass models.”

It could be because they have become more accessible to people, as Alex Hinton of GDHA suggests, commenting: “It is also now available in more cost-effective formats, which helps to drive popularity; therefore, it gives gas hob sales a boost.”

Induction has also influenced gas hobs in terms of technology, from controls through to a drive for better energy efficiency.

Digitalisation has come to the fore in gas hobs, with touch controls and stepped valves for a more precise selection of flame size.

Luke Shipway of Caple continues: “You can now invest in models with touch controls in line with the aesthetics you would commonly find on an induction hob.”

But challenging the energy efficiency of the induction hob, manufacturers have also looked at improvements to gas hobs with reduced heat dispersion.

Whirlpool – Part of the Absolute collection is this built-in five-burner gas hob which measures 750mm. It has cast iron pan supports and is LPG convertible

Brand manager of Indesit Sara Bazeley points out: “Gas hobs have to become increasingly efficient to compete with induction cooking.

And head of brand at Hotpoint Jennifer Taylor says the company offers “Direct Flame technology which applies direct heat and avoids energy loss around the pan.

“Subsequently, Direct Flame technology saves the user up to 20% in energy use and cooking time.”

But the one arena where gas may struggle to counter the sales of induction is with the drive towards connectivity in the kitchen.

Smart appliances seem to be focused on electric methods of cooking.

However, business director for built-in appliances for Hoover Candy Nick Platt continues: “Voice assist is something we expect to see in the majority of smart appliances over the next few years.

“However, gas hobs is not a category that’s seen huge movement in this area so far.

In future models, we might expect to see voice assist help us change the temperature, turn rings on and off, or even alert when something is overcooking.” 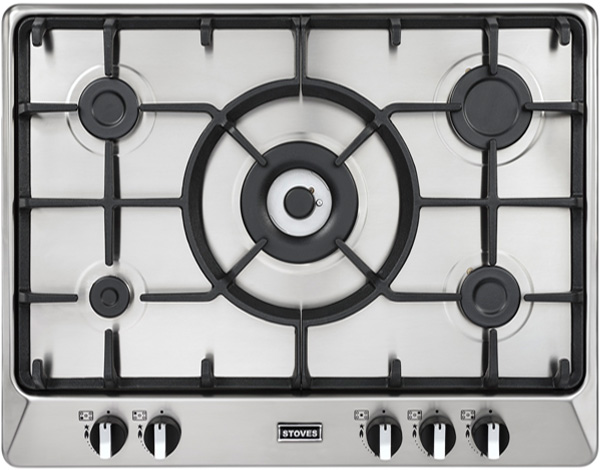 However, even if the connected home overlooks the gas hob, industry experts say it will do little to cool the ardour of sales.

Product manager for kitchens at Miele Max McCormick says not all consumers are enamoured with digitalisation.

He comments: “While we are seeing an increasing demand for smart appliances and hob technology, there are consumers who are looking to create a digital-free zone in their home, including the kitchen where family life is largely spent.”

In fact, Sara Bazeley of Hotpoint reports: “According to YouGov, only 2% of consumers that already own a smart device would consider purchasing a smart hob.

Instead, it seems the greatest driver of gas hobs sales will be in the mid-market and subject to new-build, as driven by price it remains their go-to choice.

However, that doesn’t mean all good news for gas hobs, as Jennifer Taylor of Hotpoint points out: “Building Regulations are tightening year-on-year.

It is likely that these housebuilders will soon reconsider their appliance choices to reduce the carbon footprint of the home.” 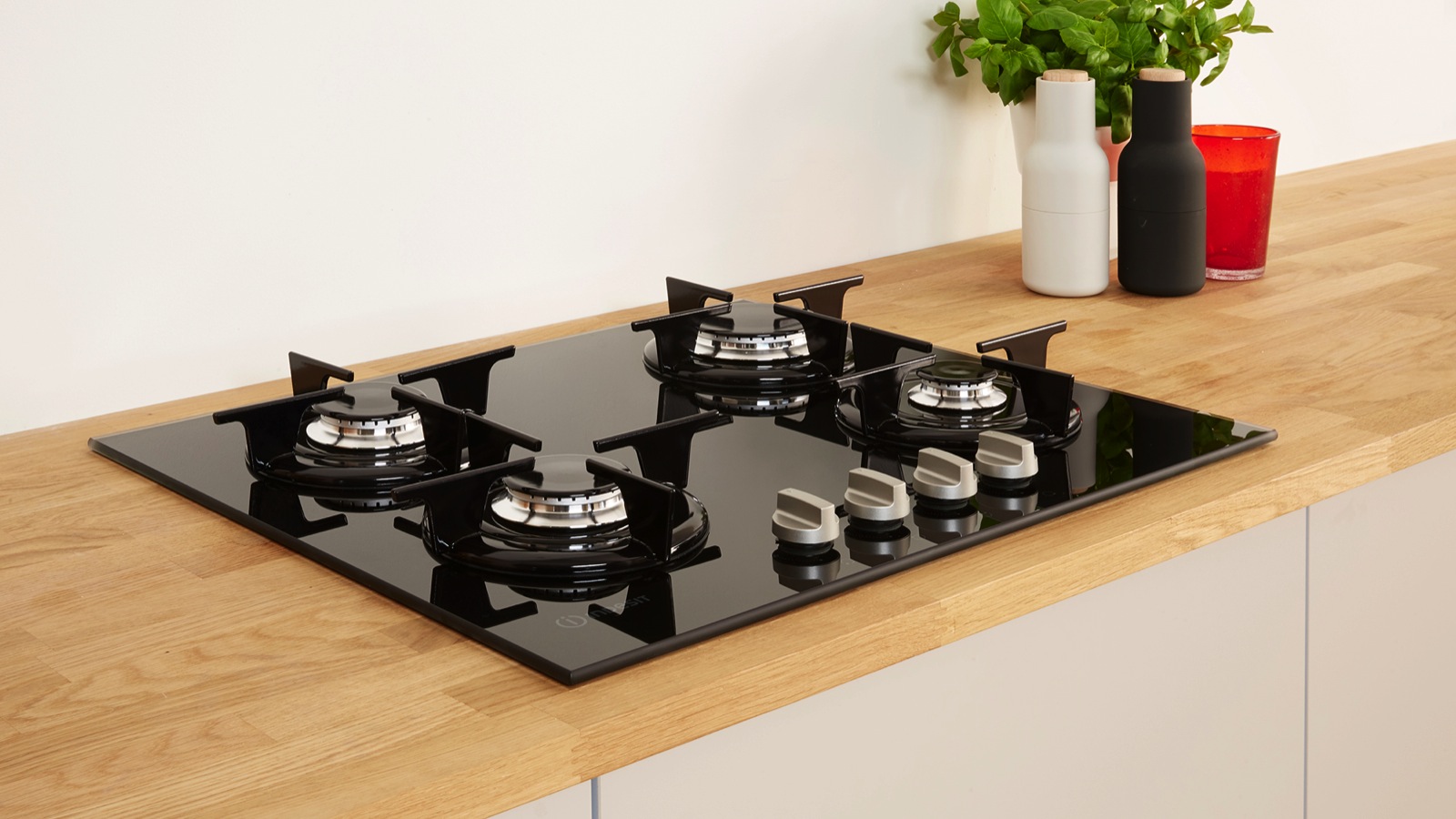 And Sara Bazeley of Indesit adds: “In some cases it is not possible to choose a gas hob.

“As the UK moves away from over-using fossil fuels, many buildings are supplied by electricity only which, therefore, has a negative impact on the sales of gas hobs.”

This may be the case for new build housing stock, but the picture isn’t so clear for the refurbishment market which works in all types of properties.

Alex Hinton of GDHA comments: “There will always be a demand from consumers who prefer to cook on gas – especially those that require LPG due to location restrictions.”

And so is the crown starting to slip for gas, with induction continuing to grow in popularity?

Sinead O’Brien is emphatic when she states: “There is now doubt that induction will win the race long term, especially with the advance of connectivity and smart homes.

“With the focus on the environment increasingly pushing renewable energy, the vulnerability of gas stocks will mean the gas hob will have to relinquish its crown eventually.” 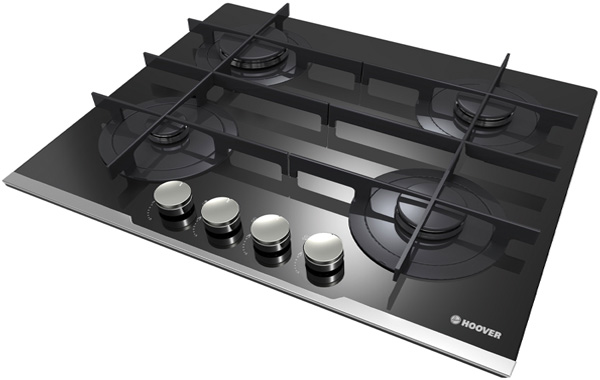 But that time isn’t now, and interestingly, it doesn’t mean gas will be pushed down to a commodity hob, chosen only on price.

Interestingly, flying in the face of energy efficiency, Alex Hinton of GDHA points out: “The biggest demand in gas hob purchases is now far more power – so products that feature at least one 5kW burner are selling really well.”

And this demand is featured in the latest product development from Hoover, as Nick Platt continues: “We’re undertaking an update of our gas hobs starting now, and this will be going right through to early 2019.

“New features will include things like a 5kW output wok burner in a 600 and 750mm width configuration.

“We’ll also be adding more gas hobs to our high-end Vogue collection. So gas is still a focus for Hoover!” 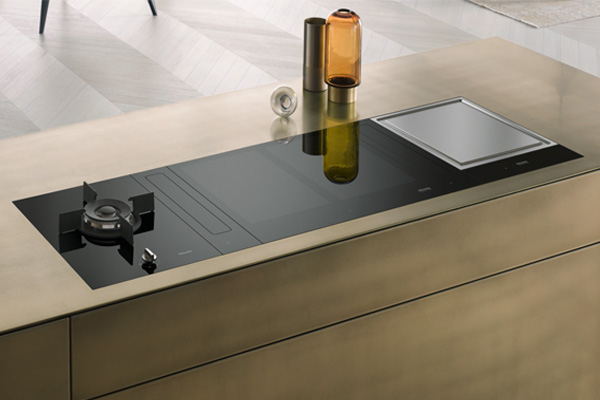 There has also been a move for manufacturers to combine the two fuel types, either as domino-style cooking stations or together in one appliance.

So it may not even be a case of either/or in terms of hob choice.

Induction will continue to challenge gas in terms of sales, but the traditional fuel type hasn’t yet been KO’d by its upstart competitor.

As Nick Platt of Hoover states: “Though less focus is sometimes placed on them [gas hobs] in terms of their technology, you can expect to see them stick around for quite some time.”

However, he concludes: “We expect to see the market for gas hobs remain steady, but it’s likely to be further impacted by the popularity and predicted growth of induction.”