The company's first island hood launch in more than a year 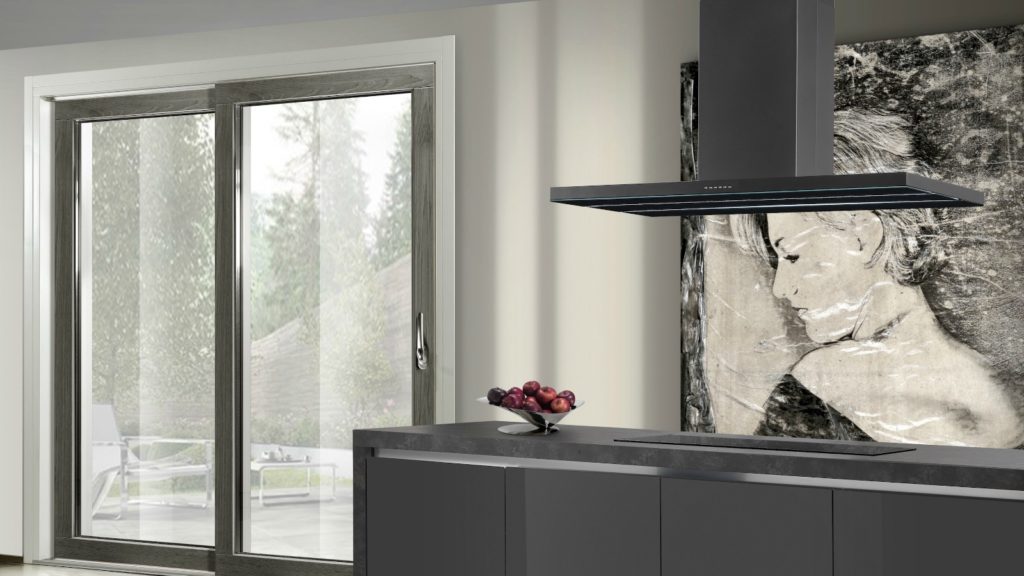 The Verdi island hood is a re-circulation model, has a maximum extraction of 765m3/h and operates at 47dB.

Available in widths of 900mm and 1200mm, Verdi comes in an anthracite and black finish and features an energy-efficent LED strip light along the length of its underside to illuminate the cooking area below.

With an A energy rating, the four-speed hood is designed to hang from the ceiling above island units and is operated using a soft touch control panel.

Chairman of AirUno Geoff Baker said: “While demand for discreet extraction has grown in recent years, the market for traditional appliances, such as island hoods, has remained buoyant.

“We’re sure the elegant Verdi will prove popular among consumers and designers who want a hood that acts as a focal point without overwhelming the rest of their kitchen.

“With environmental awareness at all all-time high among consumers, we’re also delighted to help them minimise their energy consumption by offering a hood which is as energy efficient as anything currently available.”

It follows on from the launch of its wall-mounted Boheme hood.

The AirUno brand was established in 2008 and imports Italian cooker hoods to the UK market.

NEWS: @thekbsa welcomes news of a 'level playing field' for all kbb retailers - following the news Wren and Magnet… https://t.co/4c8kNr1un3

NEWS: KBB retailers are optimistic despite enforced closure of showrooms in the second English lockdown… https://t.co/FG8gp9ca4M