Whether its food storage to offer optimum preservation or culinary techniques to preserve nutrients and flavour, or even air quality, health and wellbeing has been a growing influence on kitchen appliances. And IFA 2019 saw no exception. 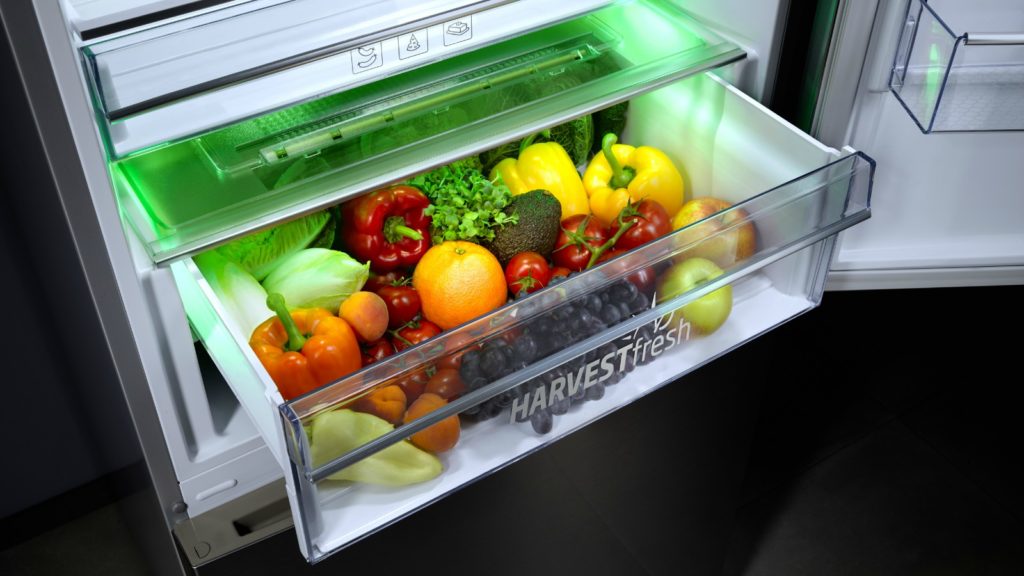 An extension of its existing cooling technology, Beko introduced HarvestFresh which uses three colours to mimic daylight and will feature across a range of refrigerators. According to the company, it helps preserves Vitamins A and C.

Healthy eating continued to buoy the market for refrigeration with storage designed to prolong nutrients and it buoyed steam cooking, with Samsung introducing it to its split cavity Dual Steam oven.

Beko also unveiled its Combi Steam + oven, a multifunction model with a steam injection system, which forms part of its premium built-in kitchen appliances set for launch in 2020.

While Bosch looked to air quality with the introduction of the CleanAir Plus filter, which it reports is the first pollen filter for extractor hoods.

According to the company It ensures kitchen and adjacent living areas are 99% free from pollen and features in its first ceiling hood with lift function.

It also highlighted the need for the home to be a retreat from the noise of the outside world, improving well-being, with its current Silence Edition of “super quiet” home appliances. 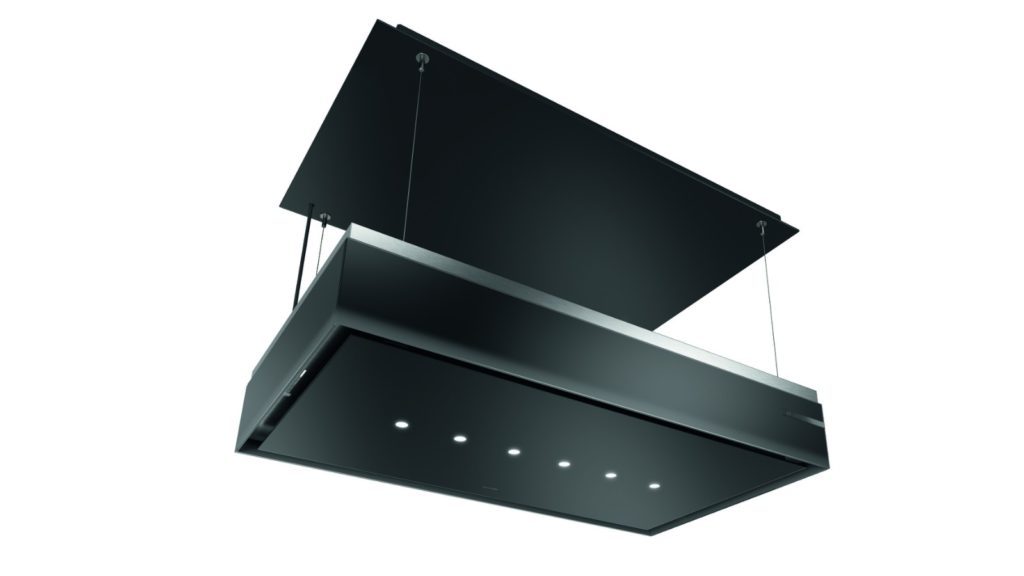 The DRH18LT65 ceiling hood from Bosch features Lift technology and is only lowered to the desired height when needed, where it effectively removes fumes, odours and pollen. Afterwards, it retakes its place on the ceiling

Burger King may have introduced the slogan “have it your way”, but the kitchen appliance industry has picked up on the trend for personalisation.

There has already been ovens and hobs with a choice of trims, allowing consumers to customise a standard product, now these have been joined by refrigeration.

Fridge freezers could be chosen in a colour, personalised with photographs or favourite phrases on the Liebherr stand with its MyStyle refrigeration.

Siemens and Samsung further explored the trend for personalisation with cooling appliances which could be assembled to suit user’s tastes and demands.

Samsung introduced its Bespoke refrigeration line-up, designed to be freestanding or fitted flush into cabinetry, featuring a choice of three models, which could be combined and in an array of materials and colours.

Personalisation was also reflected in the Aura hood from Miele where consumers can choose the colour of the mood lighting, as well as the aroma for its scent function. 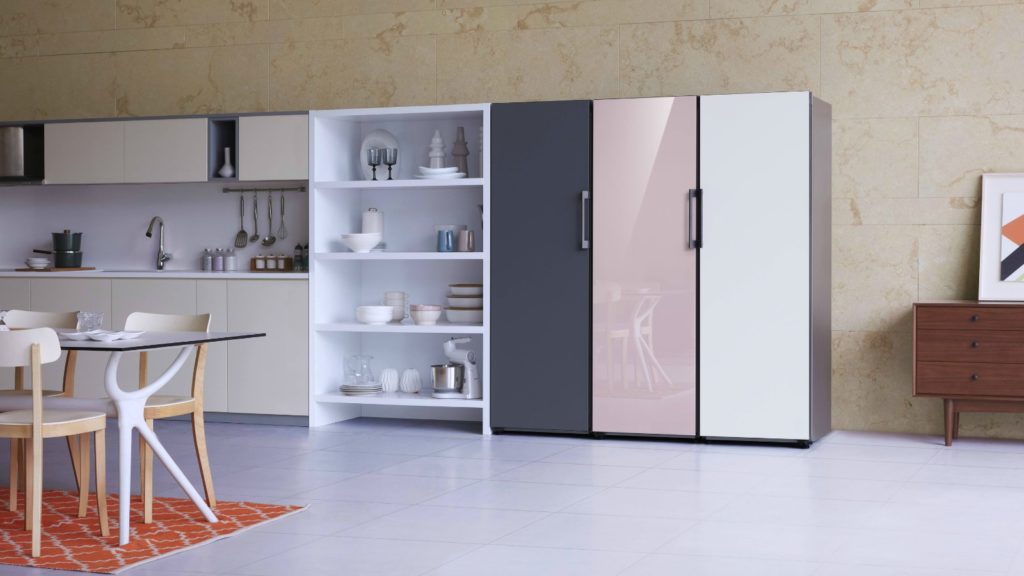 Bespoke refrigeration from Samsung is designed to be freestanding or fitted into a recess for a built-in look. They come in three models and consumers can choose the front panel in a choice of three materials and a palette of nine colours – offering 29,000 combinations. 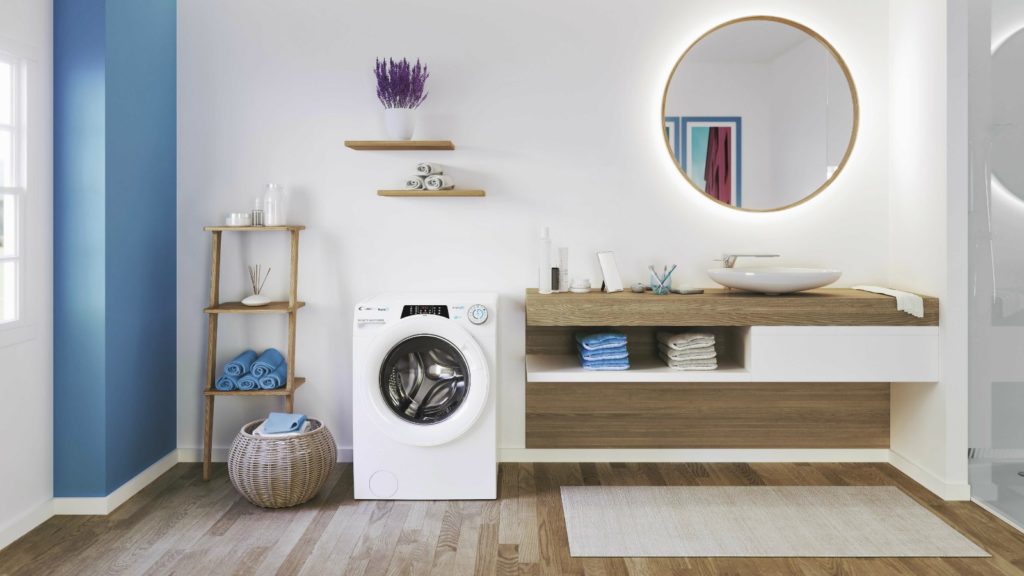 Candy launched the Rapid’O washing machine developed from consumer insights from its Candy Simply-Fi app which revealed that 65% of customers were using quick washes. The model boasts the  ‘Snap&Wash’ function which recommends the best and fastest programme from a photo of the load taken in front of the appliance.

For the ultimate personalisation of kitchen appliances, connectivity continues to be a growing theme across major domestic appliances, with remote operation by app.

Whether it’s for checking on cooking progress, viewing what’s in the refrigerator when out grocery shopping or washing machines that talk to dryers allowing the appliance to choose the optimum programme, connectivity was core.

The Miele G7000 appliance collection included a pyrolytic oven with integrated camera, allowing remote monitoring (FoodView) and operation, such as opening the door after the cooking programme has finished to reduce residual heat (TasteControl).

And connectivity was also key across AEG launches with the use of cameras, whether integral such as in its Foodview oven or an accessory for refrigeration with its SmarterFridgeCam App.

Both brands displayed ovens where the door could be opened by voice control, while Miele dishwashers can also be opened just be speaking to it 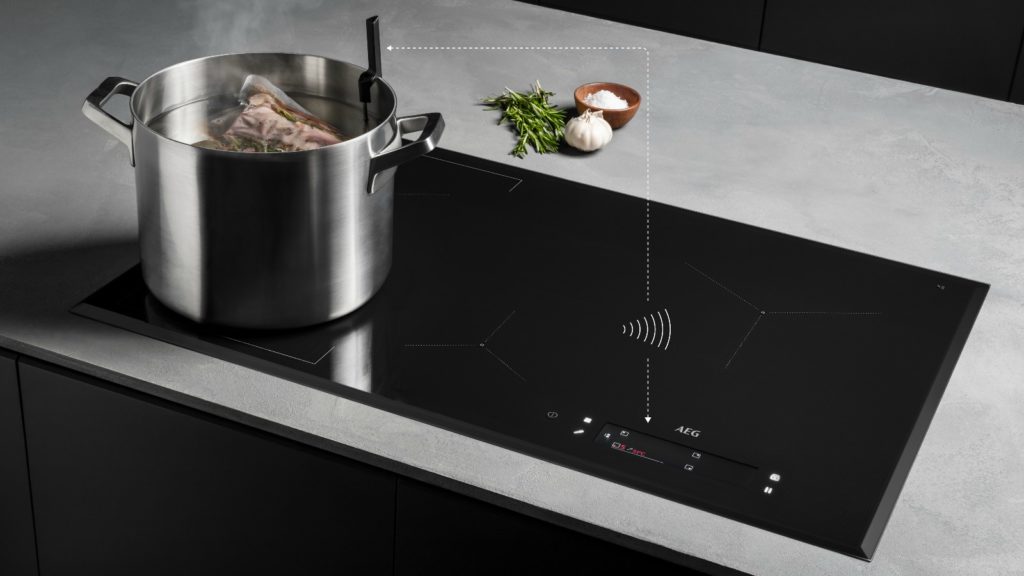 Part of the AEG Sensecook range is the newly-launched SensePro induction hob which offers a sous vide function. It reportedly boasts a world’s first with a wireless and battery-less probe

While voice control may be the ultimate in hands-free convenience, there has been a more generalised  use of sensors across appliances.

They can help optimise the cooking process in the oven with multi-sensor probes, and now on the hob with AEG launching what it reports in a world’s first wireless and battery-less probe.

Miele also claimed to have launched a world first in cooking – Mchef technology in its Dialog oven, where the user can place all the ingredients into the oven and by it monitoring how much energy the food absorbs it can cook all at the ingredients together.

According to the company it speeds up the process by 50% and improves fabric care by 50%, harnessing water power rather than just drum rotations. 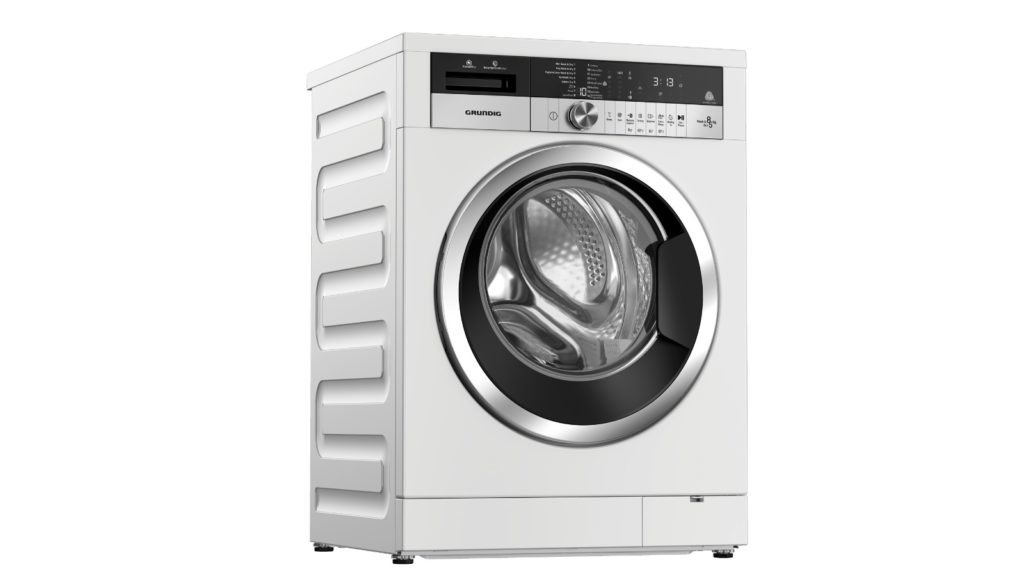 Introducing reportedly the world’s first washing machine with a  micro-fibre filtering system, Grundig claims the technology will block 90% entering the water source. According to the company, more than one million fibres are flushed down the drain and end up in the oceans after every single washing load

Whether reducing food wastage, minimising resources in use and even production, sustainability was a key theme at IFA.

Building on its Everfresh+ cooling technology, Beko developed the next generation of this technology HarvestFresh which uses three colours of light to mimic daylight to prolong food preservation and preserving nutients.

In addition, Liebherr showcased its BioFresh and DuoCooling technologies, which create “market fresh” conditions and helps keep food fresher for longer on its new Monolith appliances.

Keeping food fresher for longer also has the added benefit of reducing food waste, with Liebherr reporting up to 55kg of food, per person in Germany, ends up in landfill on a yearly basis.

Grundig focused on sustainability for its product launches and has created a filter for its washing machines to prevent microfibres entering the ecosystem.

It is encouraging all appliance manufacturers to use the technology by sharing it with competitors.

And further tackling plastic waste which poses a threat to marine life, Grundig is recycling fishing nets, textiles and scrap waste and using them in the manufacture of its home appliances.

While to minimise the impact of the appliance in use, Beko and Miele both introduced automatic dosing for dishwashers. 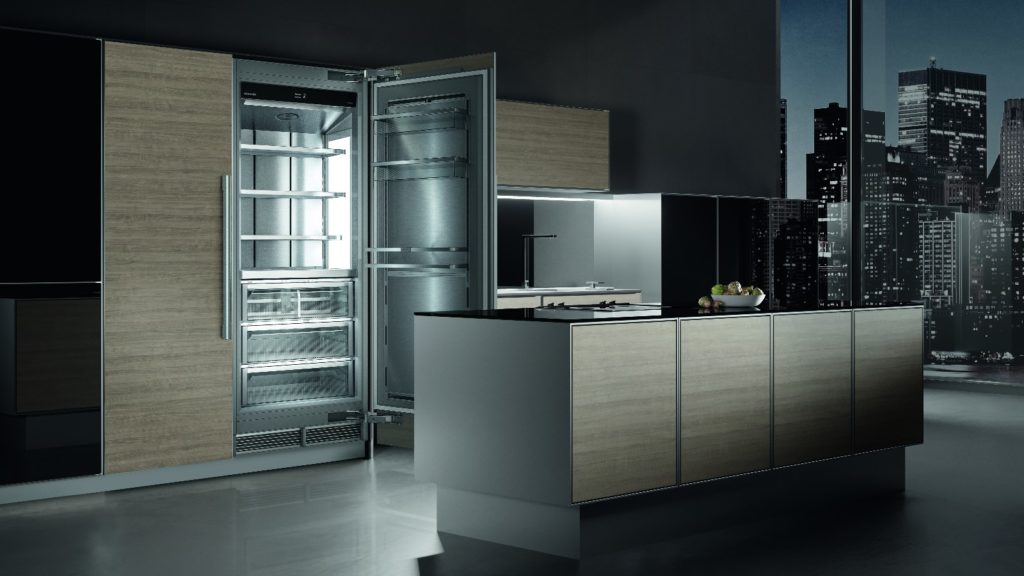 The Monolith refrigeration from Liebherr is available in three widths and freezers in four widths, with a height of 2131mm, and can be combined according to the customer’s requirements. They feature BioFresh technology to keep food fresher for longer and can be controlled by the Infinity swipe touch screen or Smart Device App.