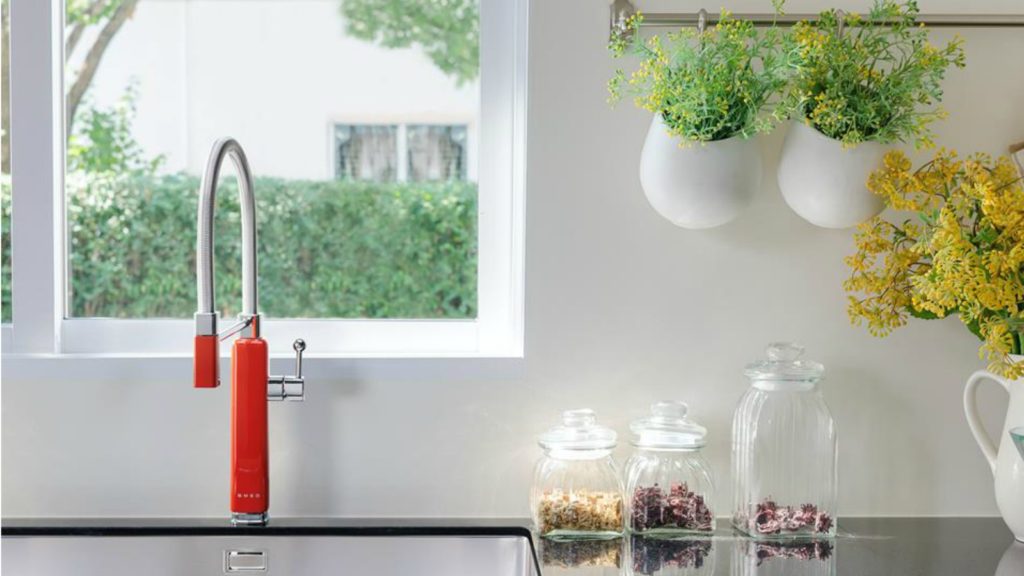 The MDF50 taps have been designed complement the company’s existing portfolio of retro appliances, including its FAB refrigeration range and matching small domestic appliances.

The 50s retro taps have been designed to help users reach the nooks and crannies of the sink and pots and pans, to ease cleaning.

Based in Gustalla, near Reggio Emilia in Northern Italy, Smeg has established for 60 years and has 18 subsidiaries worldwide, including the UK.

Smeg has been established in the UK since 1989 and supplies more than 750 products through retailers and distributors.

Most recently, Smeg partnered with Disney to create its second Mickey Mouse fridge.

The company showcases its product ranges at a showroom based at its headquarters in Abingdon, Oxfordshire, as well as its store on Regent Street in London.