Technology is playing an ever-greater role in ovens, as consumers still aspire to cook from scratch albeit with less free time than during the pandemic.

Technology is playing an ever-greater role in oven specification, as consumers still aspire to cook from scratch albeit now with less free time than during the pandemic 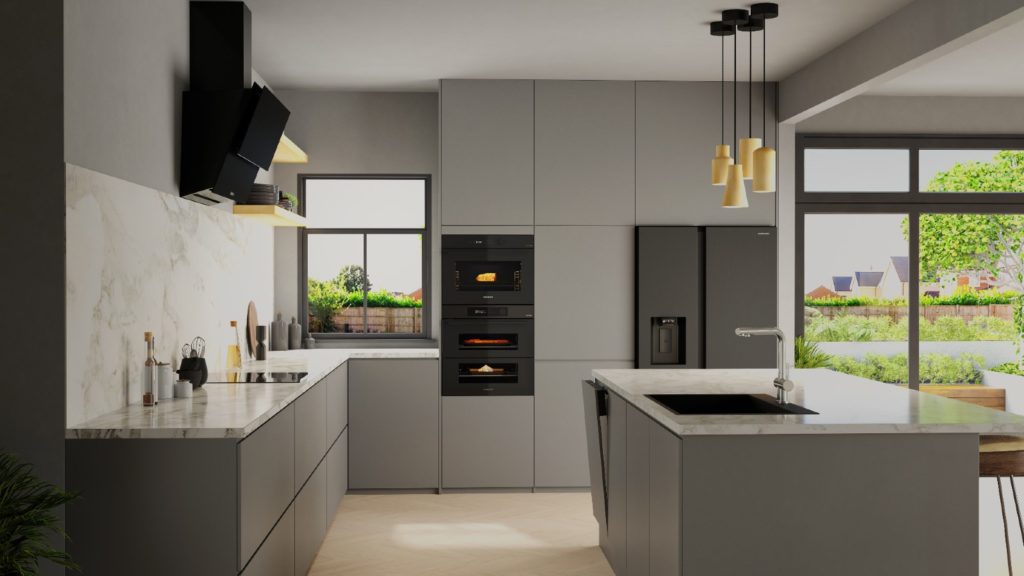 Samsung has launched its 4, 5, 6 and 7 series cooking appliances, including ovens with steam programs including full steam, add steam and natural steam, as well as air frying option and air sous vide.

The pandemic refocused consumer attention on cooking in the home and built-in oven sales spiked accordingly.

Even now, as we learn to live with COVID, built-in ovens sales remain reassuringly strong.

According to Whirlpool, there was significant growth in the market for built-in appliances driven by large cooking appliances.

It cited built-in cooking volume sales grew by 3.1%, reaching 2.59million units, with a value of £881.5million and reports market analysts expect volume sales of built-in ovens will continue to grow, forecasting a 1.8% growth annually over the next few years.

But while the interest in cooking remains, as we continue to move out of the pandemic, spare time for culinary pursuits has diminished. 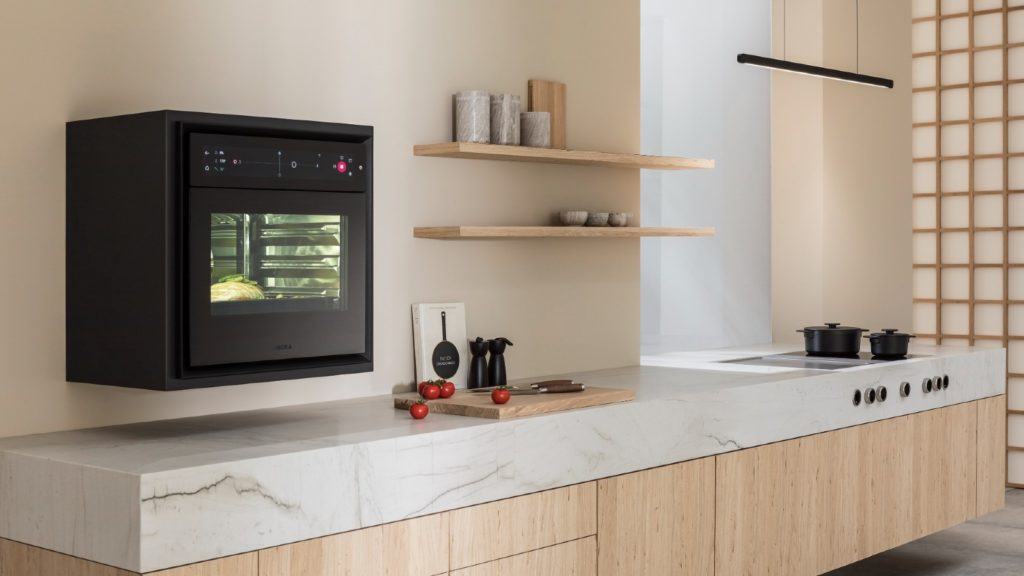 The Bora X BO steam oven has a 19” touch display, and extraction function built in to prevent steam escaping when the door is opened. It also boasts a fully automatic cleaning function.

Consumers have now returned to the office, hybrid or at-home working in both part-time and full-time capacities, meaning they have less time to experiment in the kitchen.

Founder of Bora Willi Bruckbauer explains: “We’re cooking more meals from scratch these days, but in our post-pandemic lifestyles we don’t necessarily have a huge amount of time to dedicate to it.

“So, the focus is on ovens that can make the cooking process easy and enjoyable, with results that are equal to or better than as if you were dining at a restaurant.”

It means technology is playing an ever greater role to assist the time-pressured cook. It spans a variety of cooking functions and cleaning programmes, to reduce time spent on household chores, and intuitive interfaces for ease of use. 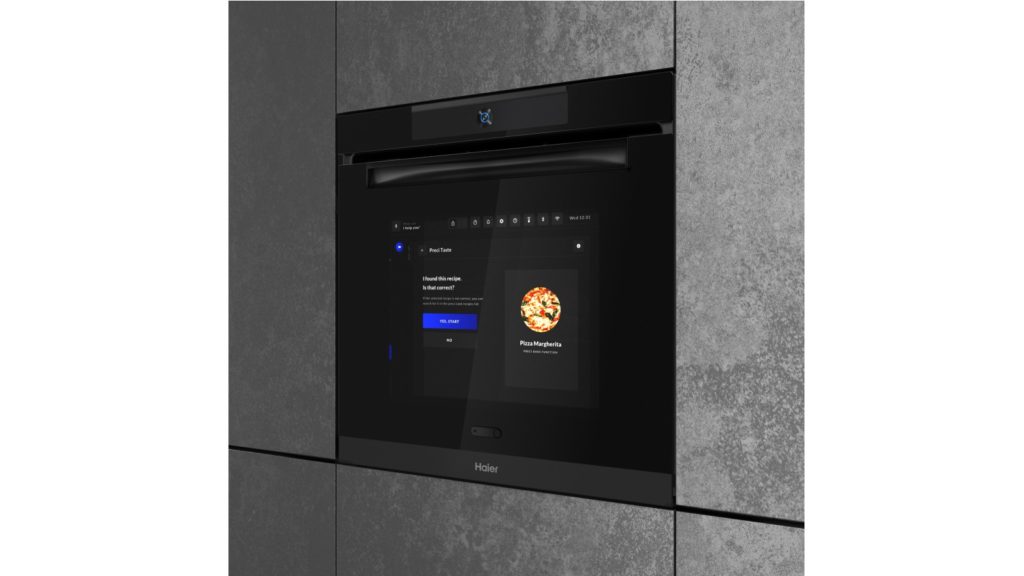 The Chef@Home oven from Haier features a presence sensor, which turns on the 19” touch screen automatically. It boasts PreciTaste technology which recognises food placed inside the oven and automatically sets cooking parameters.

At the premium end of the market, connectivity continues to come to the fore, with functions that can provide cooking recipes, automatically control the cooking process and notify the user of its progress.

Its hero model the Chef@Home oven, uses Artificial Intelligence for its Cook With Me function, automatically detects food types and sets cooking parameters and provides a 19” touch controls screen for ease of operation.

Smart Miele appliance can be teamed with the Miele@Mobile which also has a recipe function, enables consumers to check on the progress or turn off the oven, and can be controlled by voice.

However, Willi Bruckbauer of Bora states: “Connectivity is becoming more important to consumers but is still very much at the higher end of the market. It doesn’t yet rank above oven capacity and ease of use.

“What we’re seeing is consumers increasingly asking for a wider variety of cooking functions to help create authentic dishes.

The demand for a wider variety of cooking functions is evident in the popularity of the steam oven, which spans from consumers interesting in baking to those who are advocates of healthy eating. 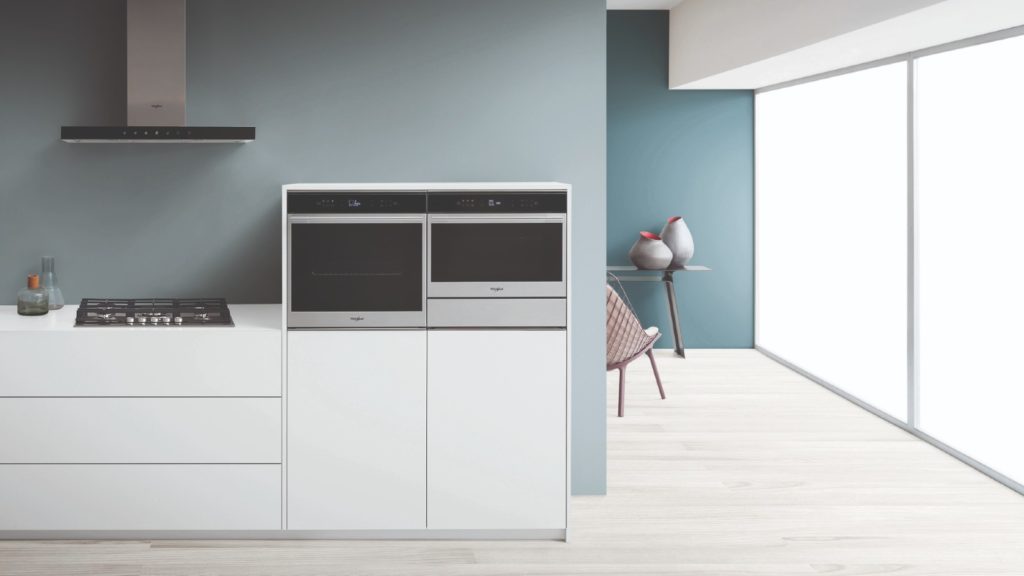 The Whirlpool W7 built-in cooking appliances boast 6th Sense Live connectivity, where users can select recipes in the complementary app and the oven will work out settings and time.

Managing director of Kuppersbusch Sales UK Bodie Kelay comments: “Steam ovens have seen a continued growth as people over the last couple of years have had the time to be more creative in the kitchen.

“They also appreciate the valuable health benefits of steaming to preserve flavour, moisture and nutrients.”

It follows research by Samsung that revealed 70% of Britons have steamed their food to try and eat better, and more than half (53%) have tried air frying.

And Smeg has unveiled Galileo –   a five-strong range with models which combines steam, microwave, and traditional cooking all in one.

According to Smeg, the ovens make food tastier, healthier, and can decrease cooking times by up to 70%, including cooking a whole roast chicken in just 30 minutes

And that’s the significance for kitchen retailers, to provide cooking appliances for consumers that assist them in their daily lives, from ease of use – whether touch operation or automatic pyrolytic cleaning – through to providing restaurant quality results at speed.

This top-of-the-range Eclipse oven, from Rangemaster, boasts a 69-litre capacity with 13 functions, is supplied with a meat probe and telescopic runners as standard. It also has a pyrolytic cleaning feature.

Ovens that help that provide some or all of these processes, with the built-in culinary expertise such as automatic programmes and step-by-step guidance are likely to be, and remain, at the top of consumers’ wishlists for some time to come.