The story of the stand for CDA was its steam oven launch and Which? Best Buy for its wine cooler 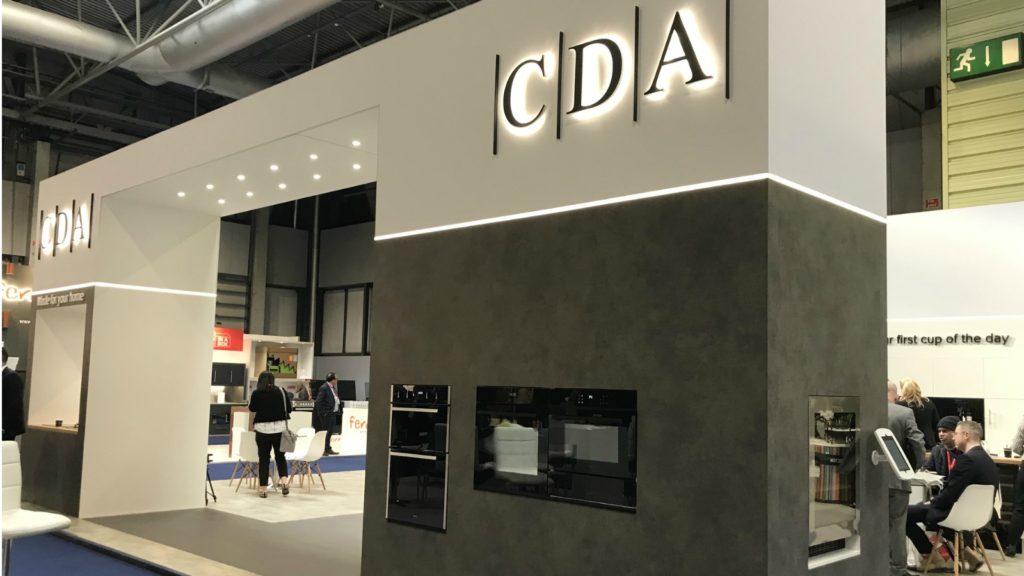 Among its offer, it unveiled a steam oven and pyrolytic models in a choice of touch or knob control, as well as coffee machines.

The “feature packed” ovens have increased capacity, a greater number of features and  nine cooking levels.

Marketing manager of the CDA Group Steve Corbett said the steam oven was the hero launch of the stand and it will be available in May.

The stand also included a full height fridge, freezer and wine cooler, which could be joined together, and CDA announced it had received a Which? Best Buy for its FWCC304SS wine cooler.

Consumer marketing manager of CDA Carrie Bell said: “Recognition by Which? is good news for our retailers and for consumers.”

She added: “As the UK market leader in wine coolers, we work very hard to ensure our products are the best they can be.”

Completing the stand was an innovation area which featured products with a potential launch date of Q4.

The CDA Group is owned by Polish appliance manufacturer Amica, which acquired the business in 2015.