Spanish surface manufacturer Cosentino has introduced the Loft series to its Silestone range, inspired by industrial design, and made so the quartz slabs are more sustainable than its existing portfolio. 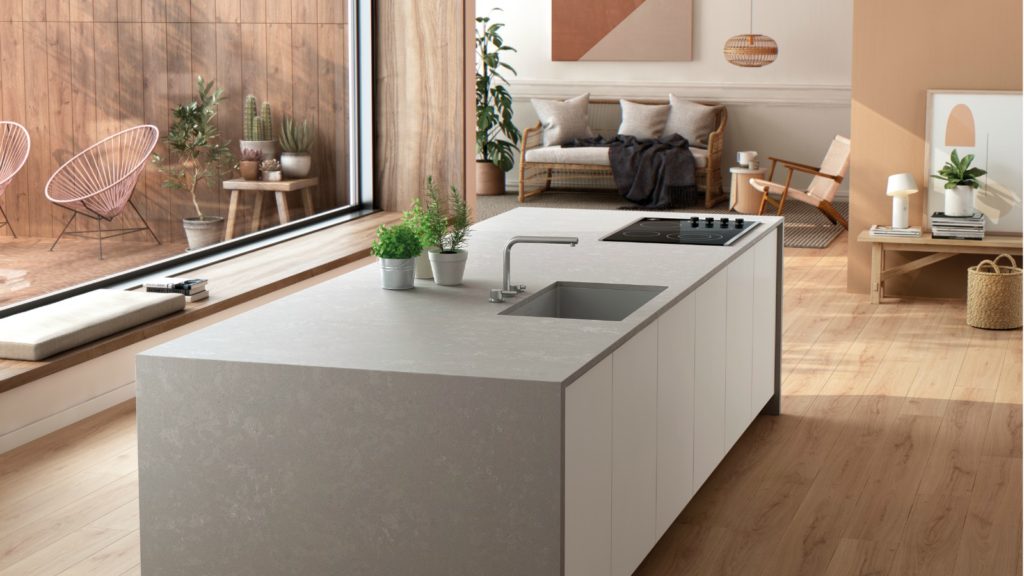 Camden is a cement tone of delicate and consistent grey with a delicate white veining, while Poblenou is a warm shade of grey with a sandy background and Seaport is remiscent of dark,worn cement.

The whitest shade of the Loft collection, Nolita, blends shades of white and light greys. Whereas, at the other end of the spectrum Corktown is a solid and deep black.

It means the quartz now contains a minimum of 20% recycled materials and silica is reduced to a maximum of 50%.

Going forwards all Silestone quartz will be made using the Hybriq+ technology, but with no added surcharge for retailers.

Cosentino was established in Almeria, Spain, in 1979 and so 2020 marks its 40th anniversary of trading.

NEWS: @officialbikbbi offers tradespeople advice on what they can and can't do when working in peoples' homes.… https://t.co/7PXI6FcAvl