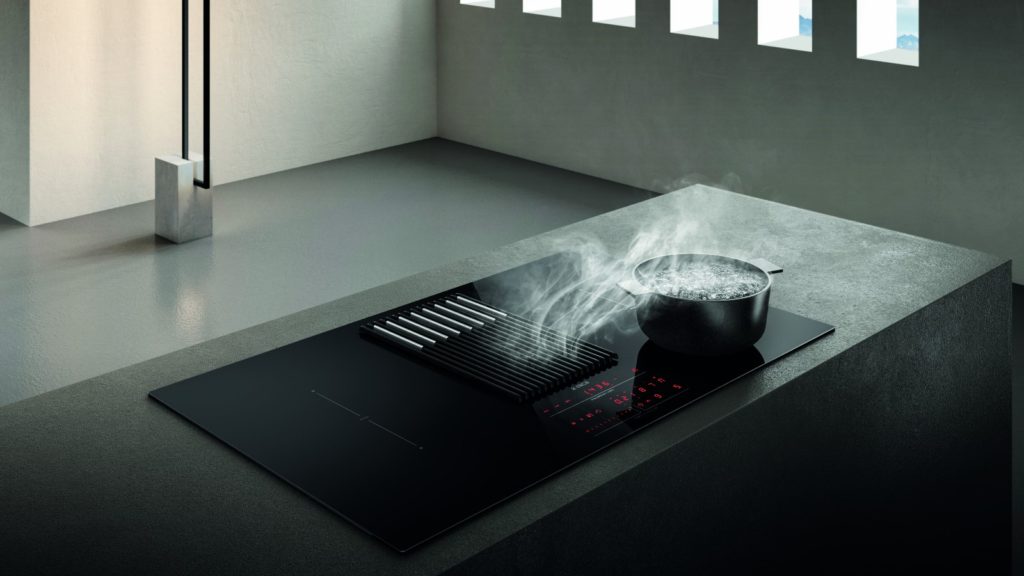 It means users will be able to weigh ingredients at the place of cooking, directly into the pan.

According to Elica, the induction hob with integrated scales will make following a recipe simpler and faster.

At any time in the cooking process, a pan and its contents can be placed on the scale, and the user can press Reset Weight to add an ingredient and check it is the correct amount on the display.

NikolaTesla Libra features touch controls for cooking and extraction and the weighing scales can be used independently of the hob.

The hob features a bridge function to join adjacent zones to create larger cooking areas for large pots, and a Stop & Go function to pause the process if users need to leave the hob.

It is available in both duct out and recycling versions, with a maximum extraction of 610m3/h, and boasts Autocapture which automatically adjusts extraction according to number of zones being used.

In addition, the recirculating version comes with a Revolution Filter which, according to Elica, achieves filtering efficiency of 82% against the market average of 60%.

Available in a choice of white or black glass, the NicolaTeslaLibra comes with a cast iron pan rest for the scales.

Read about the wider trend for integral extraction in induction hobs.