How are gas hobs evolving to combat the continued challenge of induction hobs?

How is gas hob design and functionality evolving to combat the continued challenge of induction hobs?

Gas hob cooking has long been the bastion of the professional kitchen and with a growing ‘foodie’ culture, wishing to emulate restaurant results; it has been at the forefront of residential kitchen design too. 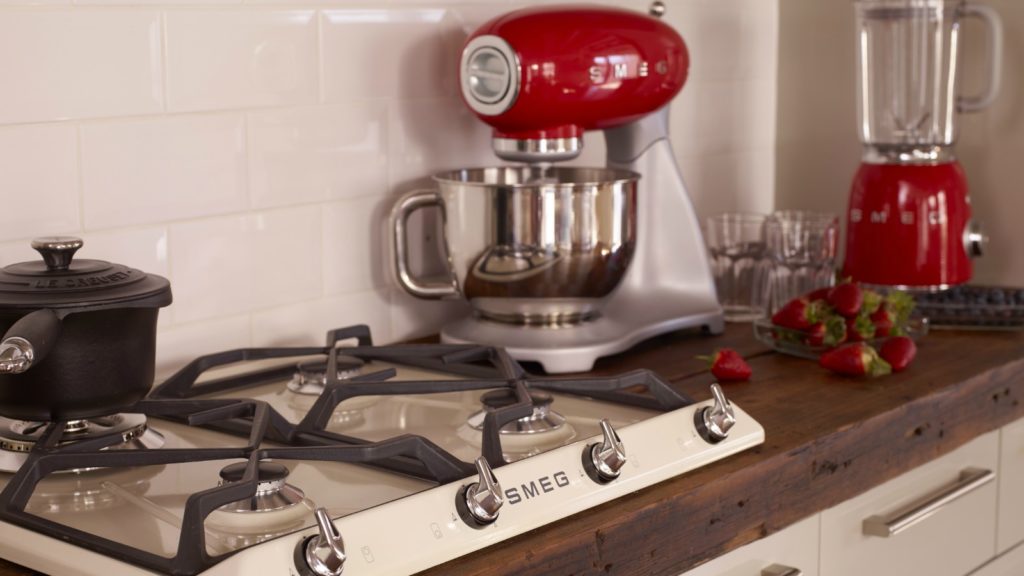 Measuring 700mm, the SR975PGH gas hob from Smeg meets the trend for traditional-styled kitchens. It features five burners including a central wok burner and is shown in the Victoria aesthetic.

But are the days of its reign, crowning all hobs sales over?

This, together with the Committee on Climate Change recommending a ban on gas hobs in new homes by 2025 paints a worrying picture for future sales.

Wayne Dance, managing director of InHouse which distributes Steel Cucine appliances, adds: “Countries like Holland have already that by 2050 all residential buildings should be off gas.” 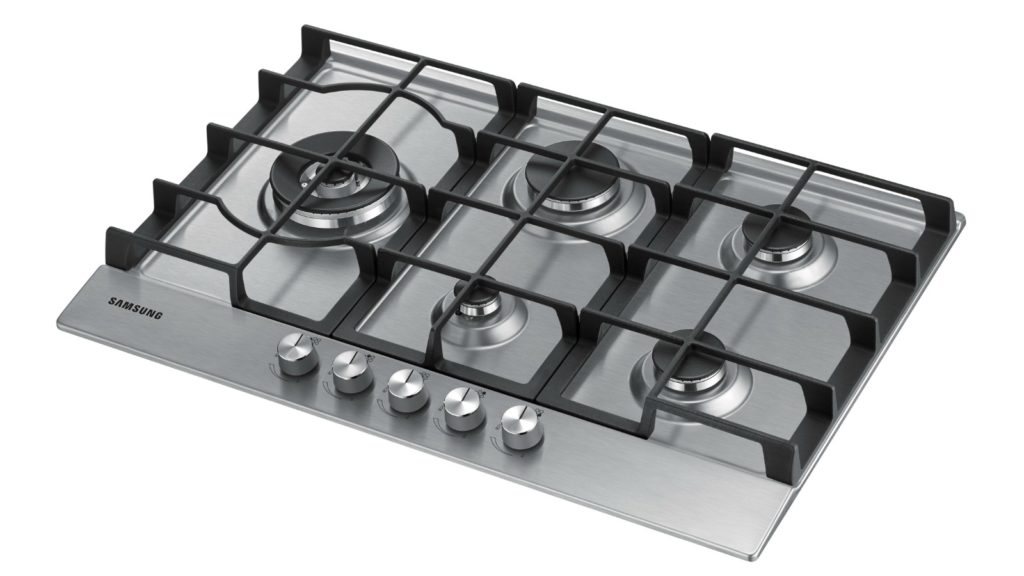 This Samsung five burner gas hob comes with a triple crown wok burner, offers a total power of 11.8kW. It features a cast iron grate, which has been designed so pans don’t have to be lifted but can be slid across the rails.

But, and it’s a big but, gas is still a key choice for British consumers.

And despite it being less popular than it once was, senior Hotpoint brand manager Catherine Balderson points out: “Gas is the second most popular type of hob with 29% of renovators choosing a gas hob or cooker.”

She further highlights the large, replacement market that currently exists, as she comments: “Of the UK’s 26million homes, 80% currently receive gas.”

So, much like the famous Mark Twain quote, reports of its death have been greatly exaggerated. 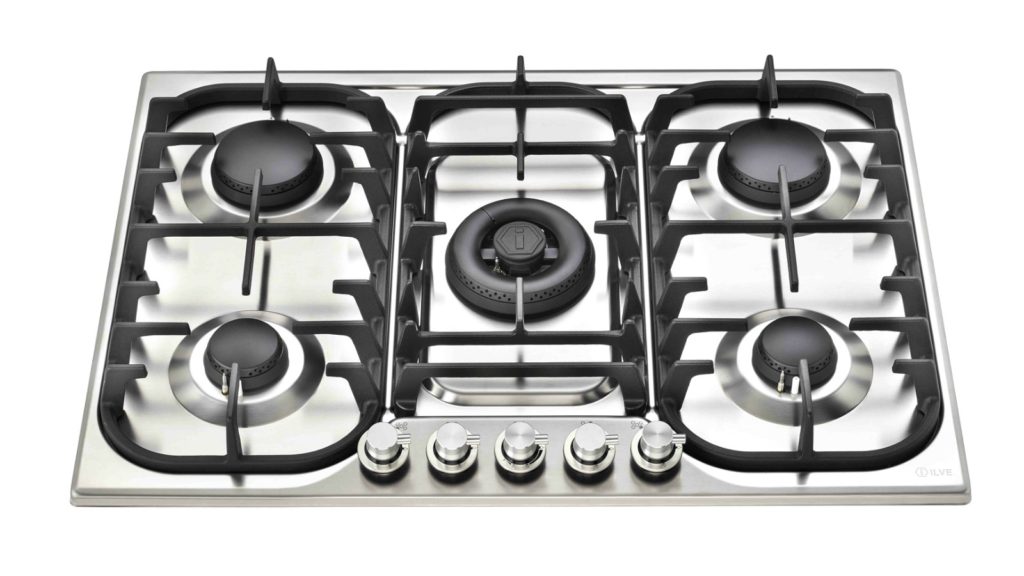 Ilve  now offers redesigned gas burners, which it reports to offer even, instantaneous heat and feature nanotechnology coating for ease of cleaning. Pictured is the HCB70CV Moderna Gas Hob which offers five burners.

Unlike induction, gas is a traditional fuel type which needs no explanation to consumers.

It doesn’t require metal pans which are magnetic and the naked flame is also beneficial for certain culinary techniques, such as flambe, wok-based frying or cooking roti or chapatti.

Category manager for kitchens at Miele GB Neil Pooley adds: “Cooking with gas provides an intensive heat that can be great for Oriental-style cooking, as well as dishes that require high temperatures, such as flash frying.”

“Creating a meal is seen as part of the entertainment and this is enlivened with powerful wok burners, teppan yakis and so on.”

And just as importantly, gas is also accessible at all levels of the market from entry level budgets through to premium projects.

Due to the initial cost of induction hobs, they are only slowly trickling down to the entry level of the market and are currently predominately selected by those shopping in the premium and luxury sector. 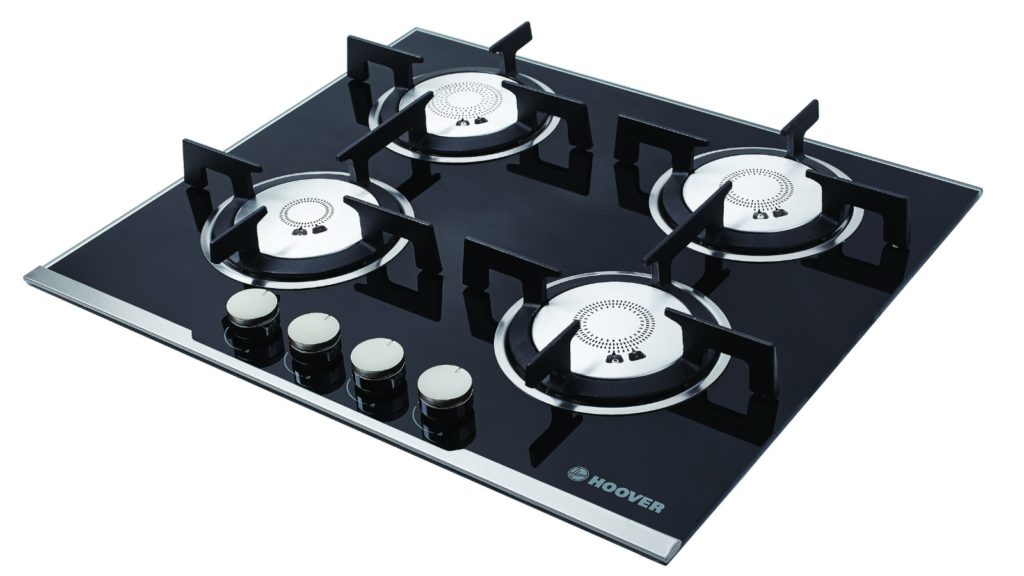 While gas may be the most traditional fuel type, it doesn’t mean development in hob design has stood still.

In fact, both the look and cooking technology of gas hobs continues to be influenced by induction. Joining the professional-looking stainless steel gas hobs, the sleek lines of the induction hob have spurred the growth of flush-fitting and gas-on-glass models.

“Traditional styles that previously rose out of the worksurface are being replaced with more modern, flush or near flush glass designs that sit in line with the worktop for a sleeker look”, explains Neil Pooley of Miele GB. 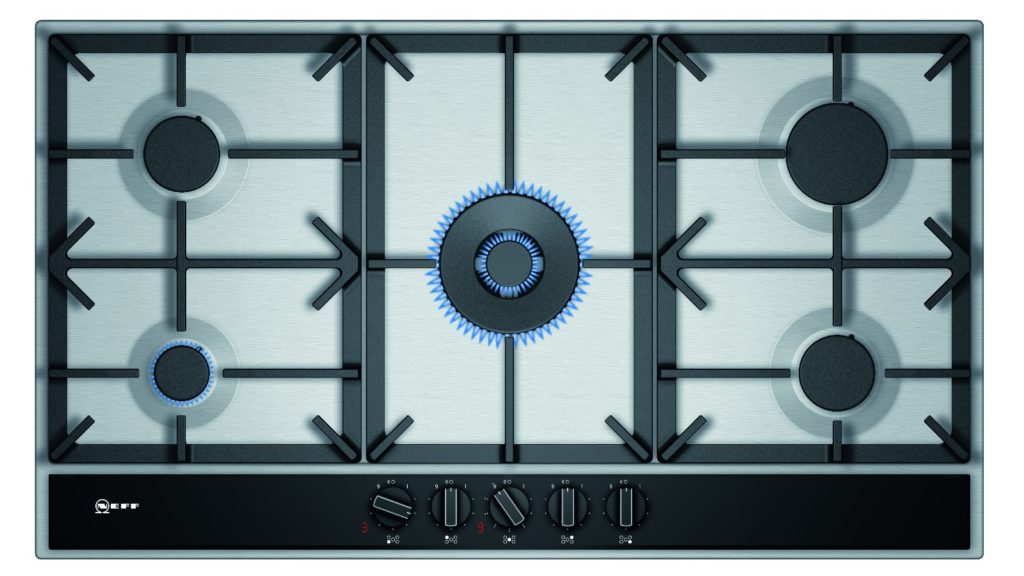 The Neff N 70 T29DA69N0 900mm gas hob is a five burner model and features FlameSelect technology, where the size of flame can be adjusted from 1 to 9. It also boasts a residual heat indicator

Gas hobs can now also challenge the efficiency and controllability of induction, with redesigned burners and valves.

Vertical flames offer more direct heat, focused on the base of the pan, similarly to induction, rather than also heating the surrounding air.

“Direct heat is applied via 420 tiny holes, which prevents energy loss around the pan, saving up to 20% in energy and cooking time. 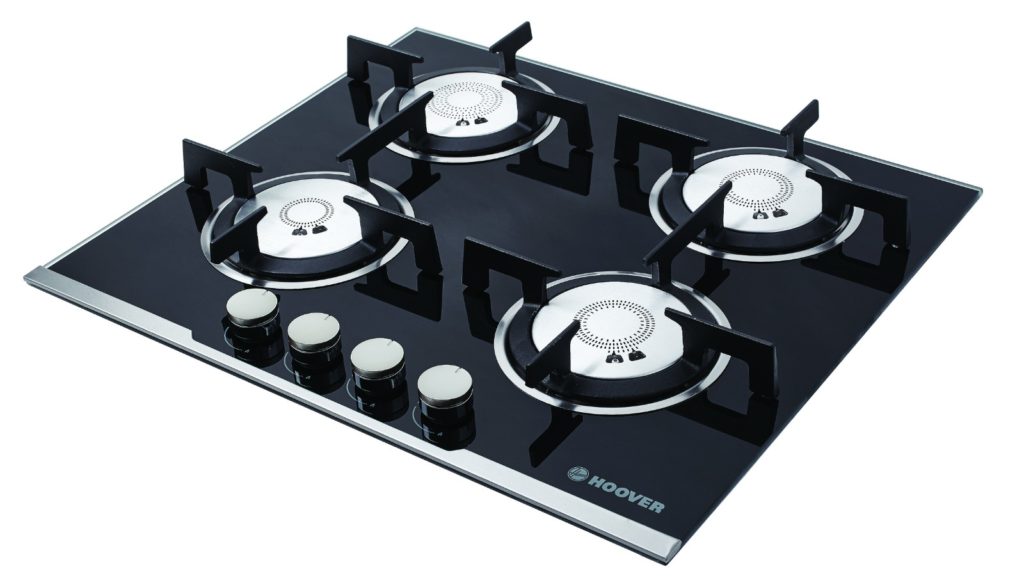 And Neil Platt, business director of built-in appliances at Hoover Candy UK says the popularity of energy-efficient burners are reflected in his company’s sales: “I would say that our fastest-growing gas hob is the Vogue HGV64SXV B gas-on-glass model.

“Cleverly combining aesthetics of both gas and induction products, the gas has vertical rather than circle flames to reduce heat dispersion.” 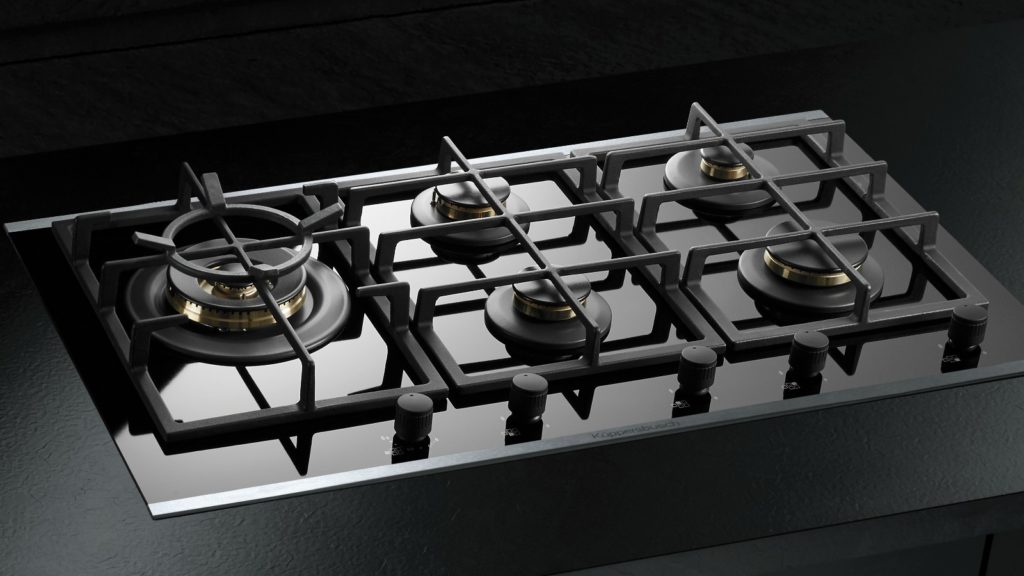 But, arguably, the latest technology to rival induction hob is the stepped valve, allowing for more precise control over temperature.

Parent company of Neff, Bosch, Siemens and Gaggenau brands, BSH Group has introduced this across its brands. Product manager of BSH Home Appliances Sean Liddle adds: “Something that induction hobs are lauded for is precision. In response, we’ve made gas cooking more precise with FlameSelect across the Neff and Bosch brands and stepFlame on Siemens gas hobs.

“This valve technology gives ultimate control over the flame, as you can set the heat to a numbered power level, just as you would on an induction hob.” 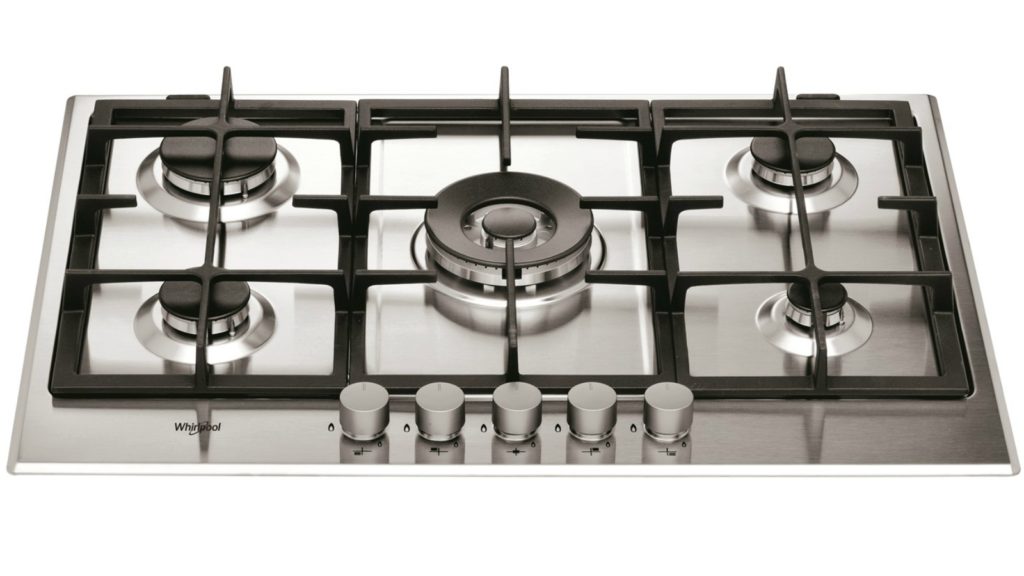 While connectivity may be associated with induction, it could be that gas may rival its induction counterpart too, as Nick Platt of Hoover Candy UK is insistent: “We are starting to see voice assist making its way into gas hobs.

“We expect to see this technology to help us change the temperature, turn rings on and off or even alert when something is overcooking.”

The upcoming IFA exhibition for consumer electronics and home appliances in Berlin, could be the possible test bed for voice operated gas hobs, following the likes of ovens, hoods and refrigeration. 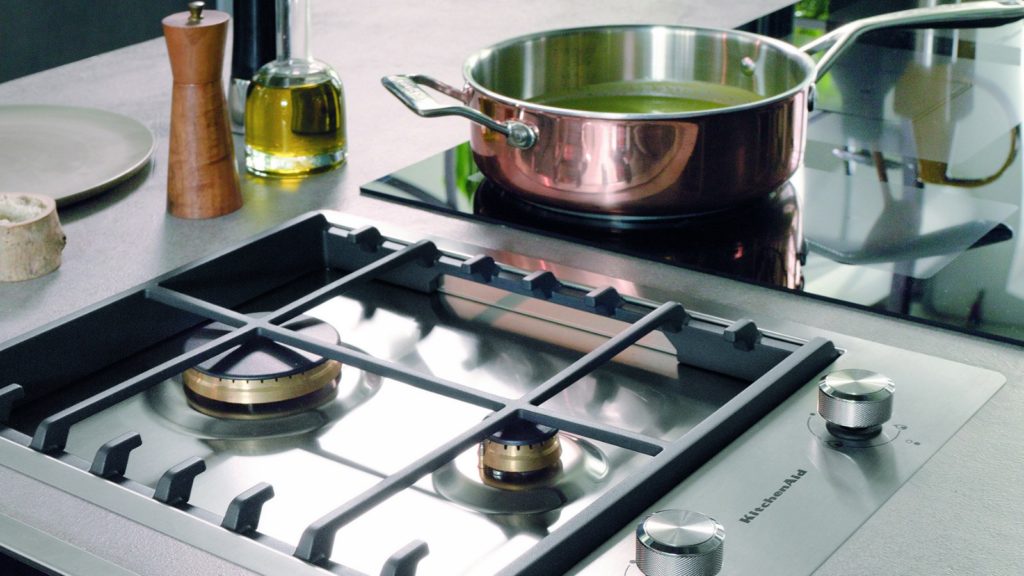 Available in the KitchenAid Domino range is a Teppan Yaki, induction wok hob, induction, and two gas hob modules. Each module can be combined to create a multi-functional cooking space.

But, interestingly, consumers don’t even have to make a choice between gas or induction.

There is the possibility of offering both, providing the best of both worlds.

Domino hobs allow consumers to mix and match fuel types and match them exactly to their cooking requirements and they are growing in popularity at the premium end of the market.

Channel controller of KitchenAid Lee Collett continues: “Research has found in the luxury end of the market, consumers are installing additional hobs as they desire both induction and gas cooking methods.

“The kitchenAid Domino range is a modular hob system that is specifically designed to offer a mix of different cooktops, creating a made-to-measure, bespoke cooking area.”

And Neil Pooley agrees, stating they are becoming well-liked and a more accepted choice: “Our SmartLine range of hobs have proven popular.

“Consumers are able to choose from mono or dual gas, induction, induction wok and a Teppan Yaki to create the ultimate cooking zone that is personal to their lifestyle and cooking preferences and to experience the best of both worlds.” 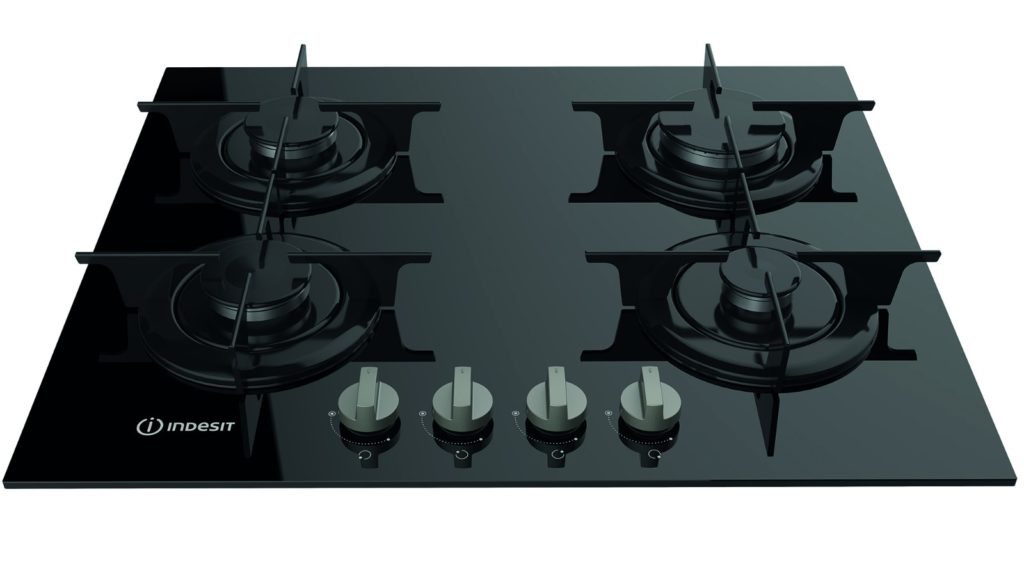 While the gas hob may be vulnerable, with sales and market share decreasing, it doesn’t mean gas has had its day – at least not yet!

Nick Platt of Hoover Candy UK says: “Whilst we are aware of proposals to stop gas being installed in new homes, I don’t think it’ll truly be under threat in the next decade.

“Unless there is a radical change and the Government makes a decision to ban gas hobs, they will still be on sales by 2025 as new models are brought to market that are more eco-friendly and combining many of the features we’re seeing with induction hobs.”

In fact there is some debate whether gas hobs will become obsolete at all. 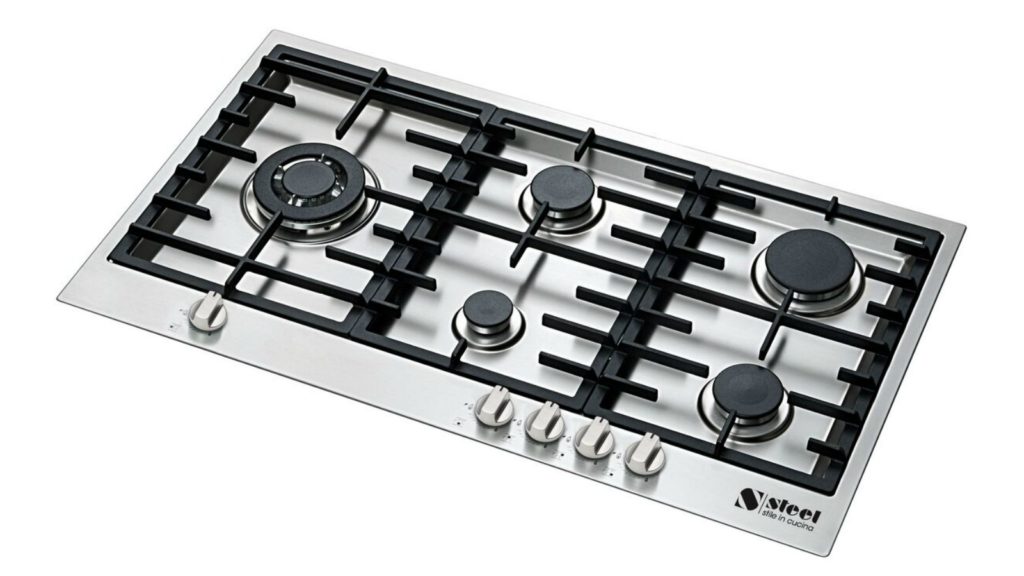 The most popular gas hob from  Steel Cucine is the Genesi built-in gas hob with five burners, including a wok burner for high heat. It boasts cast iron pas supports, metal knobs and one-touch ignition.

Product manager of Smeg UK Lucy Dunstan counters: “As a historical favourite of many home cooks, the gas hobs will not simply disappear from our markets.

“It is very unlikely that they will become obsolete in the majority of British homes.”

Whatever the distant future for gas hobs, kitchen retailers would be well-advised to not disregard them entirely.

Wayne Dance of InHouse concludes: “Independent retailers need to continue to stock and successfully sell gas hobs for the near future. The long-term furniture is certainly less certain.”

What to see at KBB Birmingham 2020