Officially launched at kbb Birmingham 2022, the InSinkErator steaming hot water Moderno Side taps, 3010 and 3020, are now available to order.

Officially launched at kbb Birmingham 2022, the InSinkErator steaming hot water Moderno Side taps, 3010 and 3020, are now available to order. 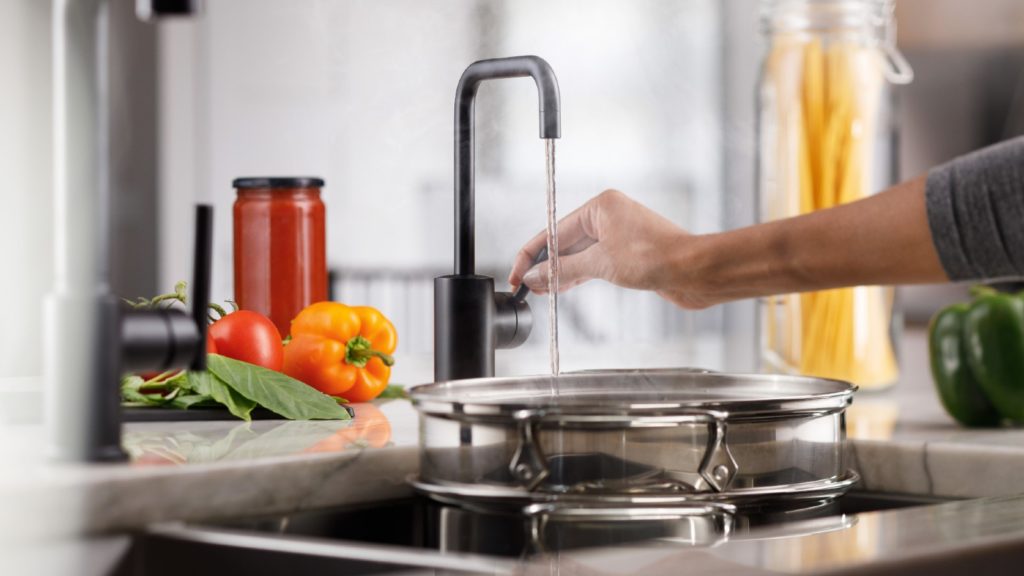 The collection of Moderno Side taps is available in two shapes, J or U, and four finishes, Brushed Steel, Chrome, Velvet Black, and the Polished Nickel finish.

Designed to sit alongside a standard mixer tap, the InSinkErator Moderno Side taps benefit from a 360° swivel spout and forward-moving lever control.

The NeoTank, supplied with the Moderno Side taps, can be set to the user’s desired water temperature, using the digital, touch-screen control panel.

The temperature of the water in the compact 2.5-litre tank can be set between 88°C and 99°C, to suit freshly ground coffee or brewing tea.

Watch our video interview with GM managing director of InSinkErator Ashley Munden on how sustainability formed the story of its stand at Kbb Birmingham.