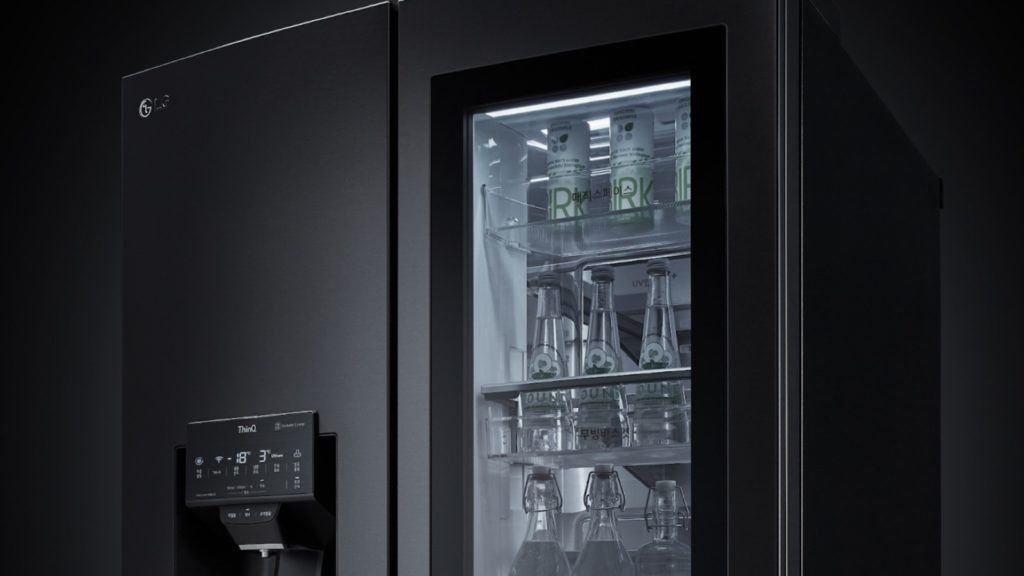 The refrigeration boasts a larger glass panel for its InstaView Door-in-Door system, with a tinted glass panel in the 2021 model, which is 23% larger than previous models.

First introduced in 2017 on the company’s most premium water dispenser products, UV nano operates every hour and is claimed to remove up to 99.99% of bacteria on the water dispenser tap.

In addition, users can also active the UVnano feature with the touch of a button.

Already named a CES 2021 Innovation Awards Best of Innovation winner, the LG InstaView refrigerator offers voice control with spoken commands to open the door, check the status of ice and water or the day’s agenda.

It also works with Amazon Dash replacement, so consumers can order replacement water filters by linking an account with the LG ThinQ app.

Each model in the InstaView line-up features the company’s LinearCooling and DoorCooling+ functions.

LG Electronics scooped 150 awards for its products at CES in 2020, including the French Door refrigeration with Craft Ice and ThinQ front-loading washing machine with Artificial Intelligence.