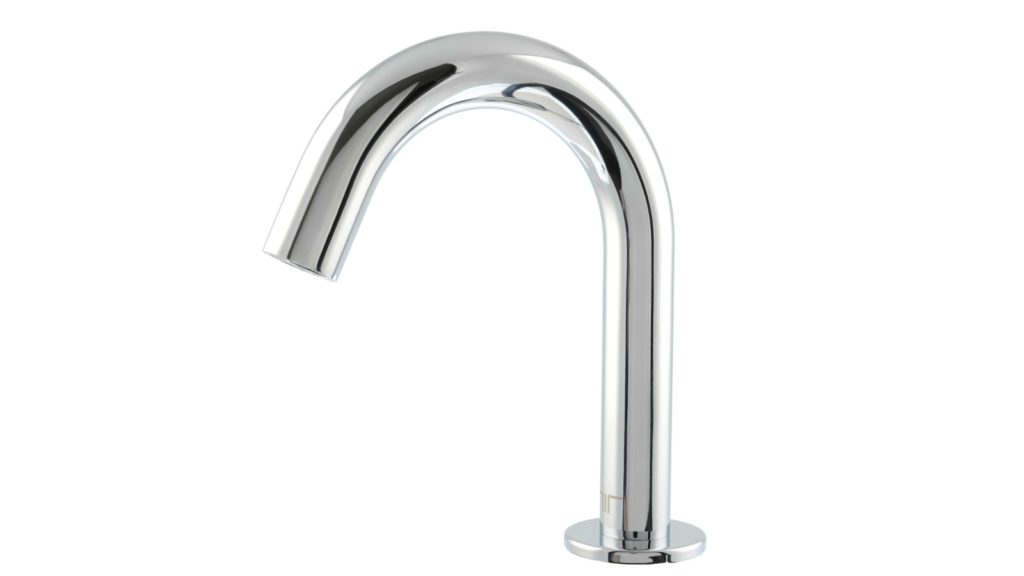 Made by Triflow, the range includes a kitchen mixer tap with pull-out spray head and 360° rotating spout, as well as a sensor tap for commercial washrooms.

The three-in-one taps feature hot, cold and Ozone water, which can cleanse hands and surfaces without the need for chemicals.

According to the manufacturer, O3 is 3,000 times more powerful than traditional oxidants such as chlorine and is claimed to remove 99.99% of microbes and viruses.

In addition, Ozonised water is reported to remove odours such as fish, garlic and smoke and can preserve food for up to two to three times longer.

Speaking on the launch Derek Aaronson founder of NotJustTaps said: “The idea that you can take cleanliness to a whole new level without the use of chemicals is very exciting.

“We believe using ozone taps could become an integral part of future hygiene regimes for both its healthcare and financial benefits.”