Premium appliance manufacturer Novy has launched the Novy Easy Pro 800mm vented hob with an extractor that automatically regulates its speed during the cooking process.

Premium appliance manufacturer Novy has launched the Novy Easy Pro 800mm vented hob with an extractor that automatically regulates its speed during the cooking process. 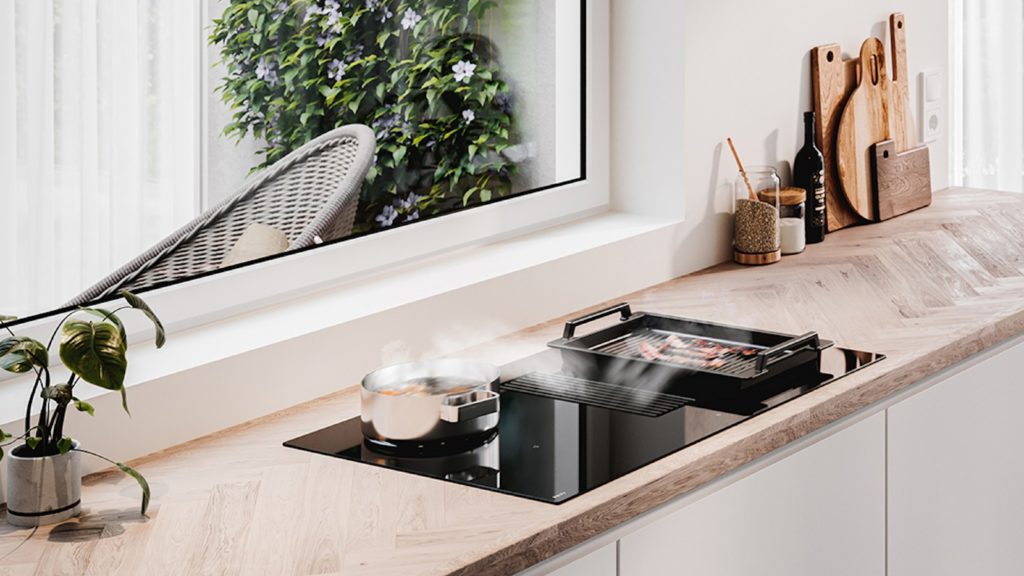 The flushmounted hob features four cooking zones that can be combined into two larger cooking Flexzones areas, either side of the central extraction.

Operated by slider control for each zone, the hob boasts nine power levels with additional Power and Super Power functions which bring the zones or Flexzones to maximum temperature.

Novy Easy Pro features automatic pan detection, where pans can be moved around the hob and the temperature will remain constant once repositioned.

It also boasts an Automatic Cooking function, which reduces water to a simmer when it has reached boiling point, Keep Warm which maintains a 70°C temperature and Stop & Go to pause the cooking process.

In addition, the vented hob has a Grill function for use with the likes of a teppan yaki accessory.

Once the cooking process has started, the Novy Sense sensor will detect odours and automatically regulate the extraction speed.

Novy Easy Pro has a metal grease filter, which also acts as a collection tray should there be a hob spillage.

Both the grease filter and matrix grid are removable and are dishwasher safe.

Novy has recently been awarded Quiet Mark certification for 58 extractors, including its Panorama and Up ranges.