Ease of cooking and cleaning with high-level aesthetic appeal will continue to drive oven sales for kitchen designers and retailers, finds Philippa Turrell

Ease of cooking and cleaning with high-level aesthetic appeal will continue to drive oven sales for kitchen designers and retailers, finds Philippa Turrell 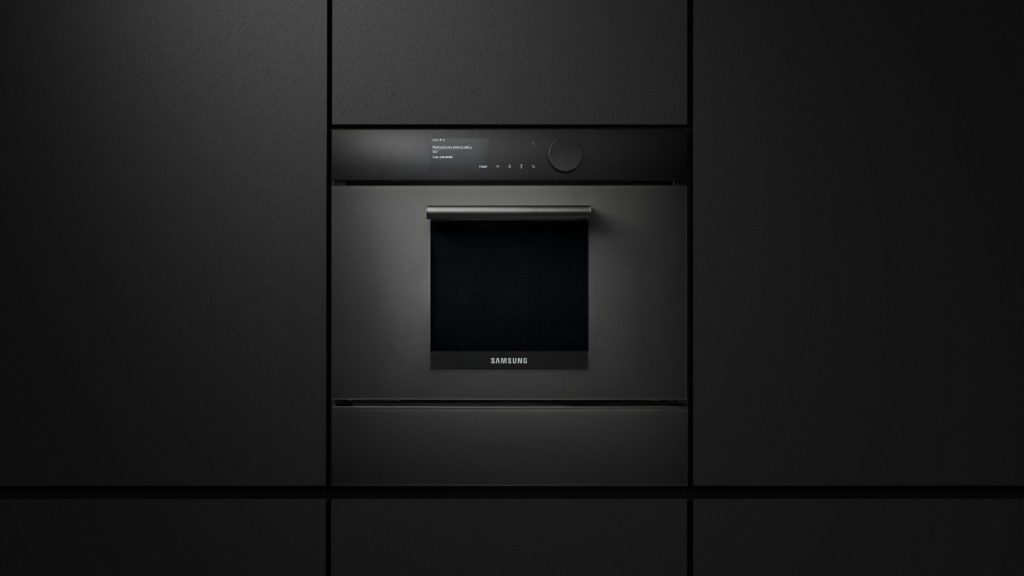 Whether trying to use up fridge and cupboard store ingredients or experimenting with recipes, the lockdown saw consumers refocus on cooking and creating meals scratch.

In fact, according to a news article from The Independent more than a fifth of Brits were cooking every meal from scratch compared to one in eight prior to lockdown.

Arguably, never has there been a greater focus on the oven and its capabilities.

It could be good news for kitchen specialists as oven sales were already on the rise. Senior Hotpoint brand manager Catherine Balderson points to figures from Euromonitor in 2018, stating: “Built-in cooking appliance sales witnessed a 3.1% volume growth.”

Single market
There is a raft of ‘feature packed’ ovens available to consumers offering a variety and even a combination of functions from steam and pyrolytic to pre-programmed recipes. 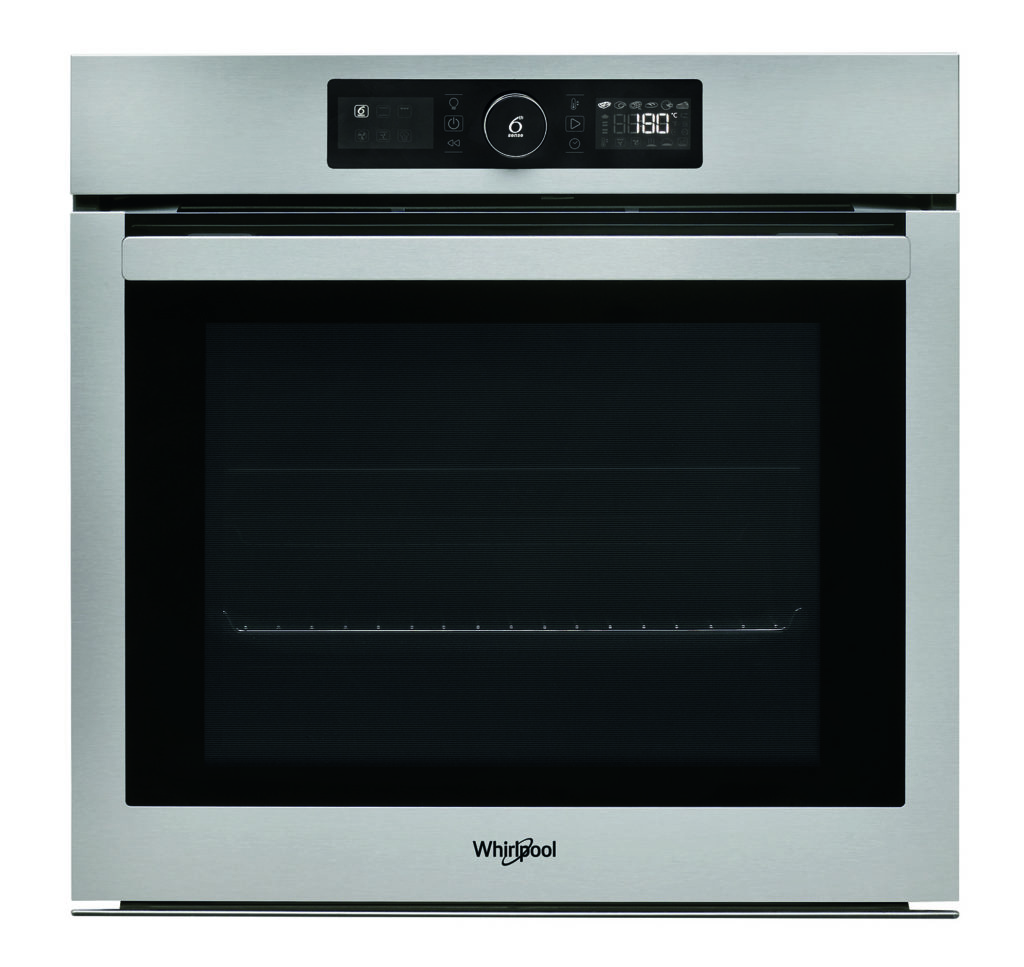 The Whirlpool Absolute multifunction pyrolytic oven (AKZ9 6270 IX) has more than 30 pre-programmed recipes. It has a Cook3 system, allowing three separate dishes to be cooked at the same time without aromas mixing

And these may come in a choice of a compact, single or double oven to suit all sized households, culinary requirements, and kitchen spaces.

With larger cavities, as well as an array of functions, single ovens cater for the broadest church of consumers.

Catherine Balderson of Hotpoint explains: “The capacity of a single oven has increased over the last decade. The standard capacity of an oven used to be around 50-55 litres.

“Today, a Hotpoint single oven, of the same dimensions, offers a capacity of 73-litres.” She adds: “Multifunctional microwaves that can be used as a second oven are a growing trend.”

Out of all the cooking functions available, steam continues to be a focus for consumers buoyed by the trend for healthy eating, as Catherine Balderson of Hotpoint explains: “Healthy eating has been identified as a megatrend by market researchers (Euromonitor August 2017). 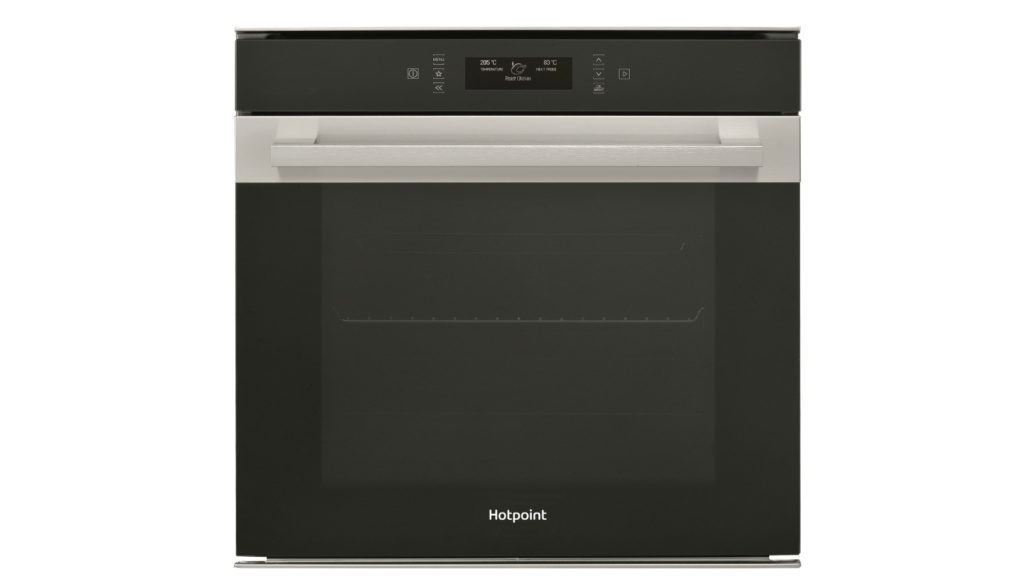 Part of the Class Series of appliances, the Hotpoint SI9 891 SP IX is a pyrolytic, multifunction oven with two cleaning cycles. It comes with 28 pre-programmed recipes and semi-automatic programmes that suggest cooking parameters

“As a result, due to their many health benefits, appliances such as multifunction steam ovens have gained significant traction in Western Europe.

“Research suggests 12% of the total sales of built-in ovens across Western Europe. What’s more, steam appears as though it is here to stay, with a steady and increasing following. This is seen both in the development and profusion of compact built-in oven formats, as well as steam combinations.”

And head of operations at Brandt Design Julia Steadman agrees, commenting: “As we become more health conscious, I would anticipate more interest in steam ovens and combi-steam ovens going forwards.”

And ease of cooking is coming to the fore, with pre-programmed or even downloadable recipes with connected appliances. 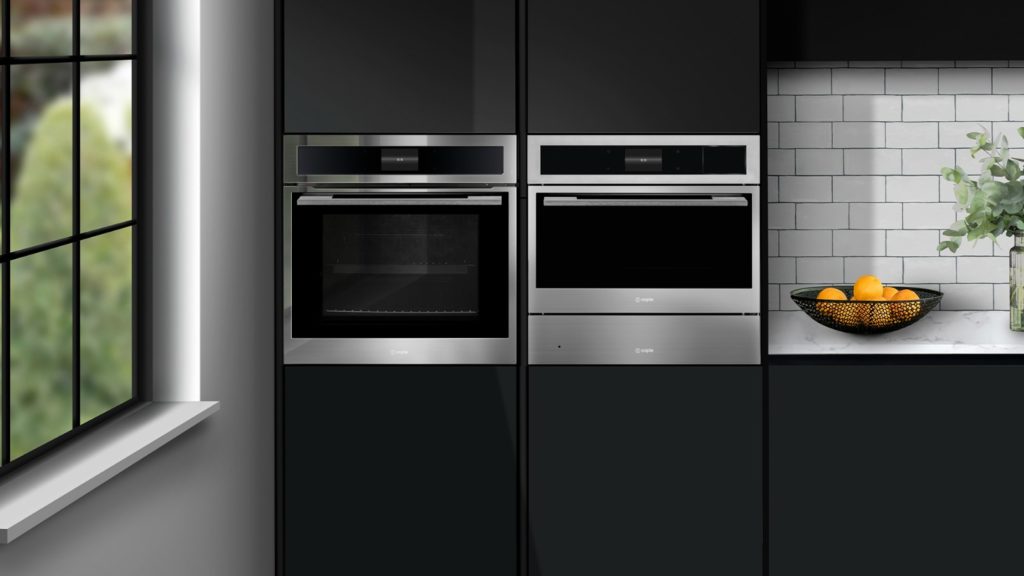 The Sense Premium pyrolytic oven, from Caple, features connected technology, so users can use a dedicated app to cook and save recipes, using multi-stage cooking. It comes in Black Glass, Gunmetal and Stainless Steel

Fisher & Paykel recently launched a TFT oven at KBB Birmingham where users could cook by food type, function or recipe.

And at the same trade exhibition, Caple introduced connected ovens with multi-stage cooking. These allow consumers to download recipes from its dedicated app and combine cooking functions to save as one recipe.

Although Hotpoint doesn’t currently offer connected ovens, Catherine Balderson adds: “For the future, connectivity will be routine and not just another item to select on the purchasing criteria list.”

Meanwhile, product manager of Caple Luke Shipway commented on the launch of its Wi-Fi enabled appliances: “We have listened to the market where demand is growing for appliances, which are able to work with smartphone technology.

“However, we have also responded to the need for appliances armed with functionality, which is more suited for us here in the UK.

“This is why we have personally designed our own Caple Home app, which is filled with a whole host of features from saving family favourite recipes to setting multi-stage cooking times.”

Pyrolytic functionality is quickly becoming a must-have feature for consumers who dread the chore of cleaning the oven.

According to a recent consumer survey by kitchen retailer Harvey Jones more than one in three Brits (35%) go a year or longer without cleaning their oven.

The most common reason is that consumers believe it is too much of a hassle (42%) and nearly a third think it doesn’t have to be cleaned as often (28%).

But with heightened hygiene routines becoming more of a focus in the new world we find ourselves in, pyrolytic could become more important in oven choice.

Interestingly, the choice of oven will not be simply dependent on its performance but also its aesthetic appeal. 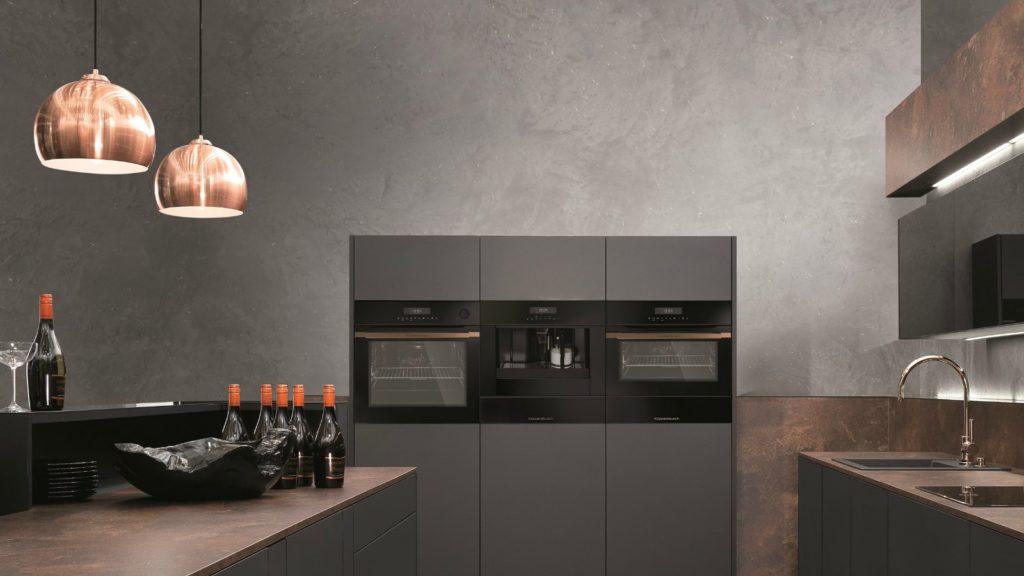 With a 70-litre capacity, the K-Series-7-BD6750.0 – Combi steam oven from Kuppersbusch boasts 80 automatic cooking programmes. It comes in Pure Black with a choice of six handle colours

It has seen the likes of AEG introduce a Matt Black finish for its Mastery appliances and Kuppersbusch offer a choice of six handle finishes for its K Series 7 Combi Steam oven.

In fact, Julia Steadman of Brandt Design comments: “There can be scope for upselling if a particular model may look more attractive in a bank of units than another, provided that they both offer the same level of functionality.”

And head of UK operations at Rotpunkt Matt Phillips agrees, pointing out: “Furniture is definitely helping to bridge the gap between the kitchen unit and appliance, with custom housing options for built-in ovens providing new opportunities for customers to trade up and be safe in the knowledge that their choice of appliance can be easily integrated within the kitchen design.”

So why take another look at how oven specifications can suit the changing demands of the consumer in terms of activities and aesthetic appeal, as part of a kitchen project.