Qettle has created a one-of-a-kind tap with a patented design to celebrate the Queen’s Platnium Jubilee and raise money for charity.

British boiling water tap manufacturer Qettle has created a one-of-a-kind tap with a patented design to celebrate the Queen’s Platnium Jubilee and raise money for charity. 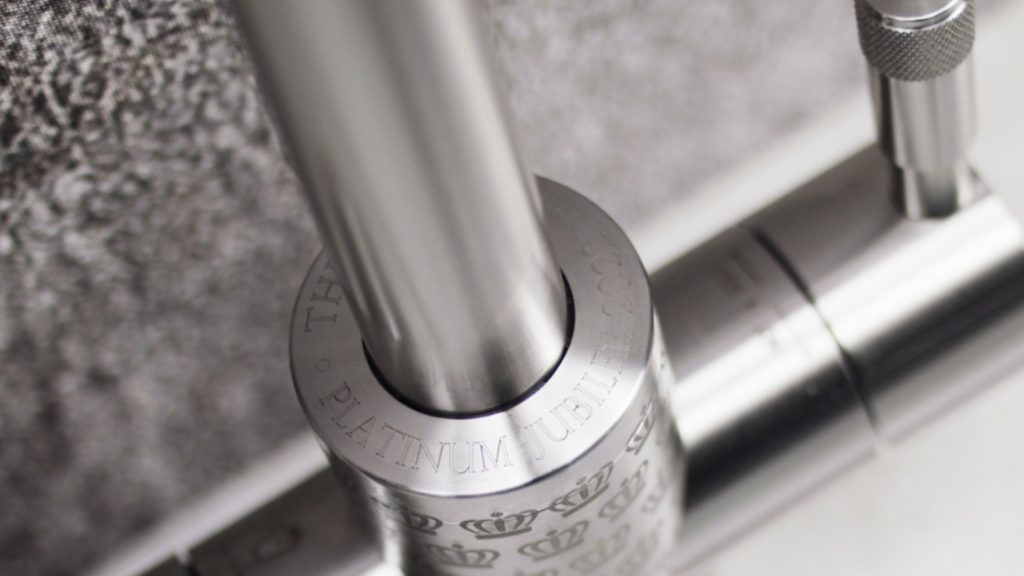 The Norfolk-based manufacturer has created a 100C boiling water and filtered tap with a commemorative crown pattern, which will be auctioned on eBay to raise money for the British Red Cross.

Bids for the tap will open on the social media auction site on May 27, which can be found by searching Platinum Jubilee Qettle on eBay.

While the crown pattern is limited, later this year Qettle will launch a range of patterned taps with customers able to choose a design that is unique to them.

Marketing director of the company Alexandra Rowe commented: “We’ve been working on a range of patterned Qettle taps for two years, and a patent on the patterning was granted this month.

“So we thought, what better way to commemorate the Queen’s Platinum Jubilee than to create this very special Jubilee tap.

“We’re very proud to be continuing our tradition of innovation and engineering excellence, and expect the bespoke patterning, which is unique to Qettle, to prompt a good deal of interest.

“Hopefully, this one-off Qettle will also raise some money for the British Red Cross.”