Samsung has launched its 4, 5, 6 and 7 series cooking appliances, including multiple ovens with steam programs that promote healthy eating.

Samsung has launched its 4, 5, 6 and 7 series cooking appliances, including multiple ovens with steam programs that promote healthy eating. 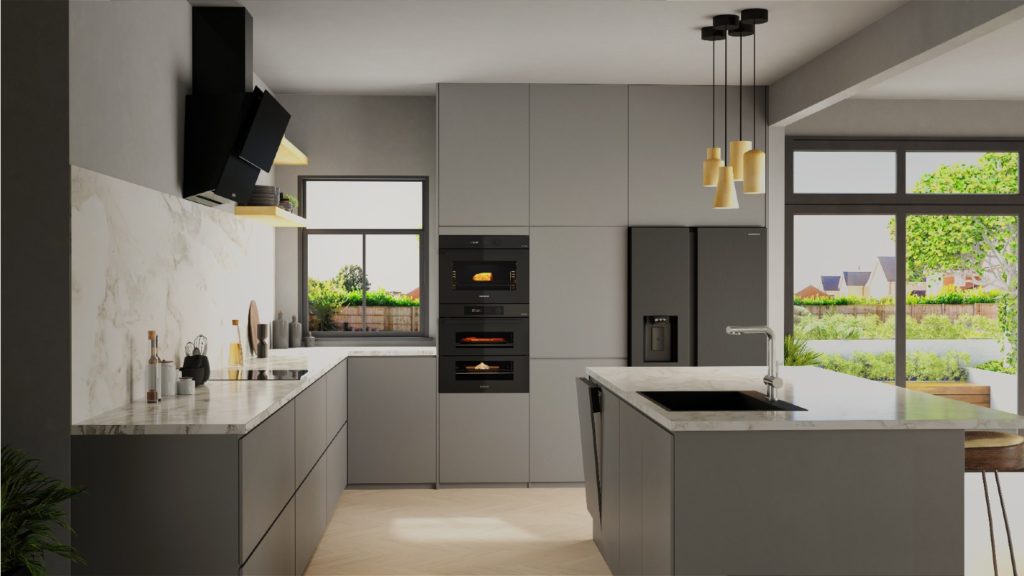 It follows research by Samsung that revealed 70% of Britons have steamed their food to try and eat better, and more than half (53%) have tried air frying.

Both oven series are equipped with SmartThings Cooking which helps generates a weekly meal plan with personalised recipes that suit dietary requirements, such as vegan, vegetarian or gluten-free.

Introduced at Kbb Birmingham, Samsung also sought to reconnect with retailers with a relaunch of its Kitchen Circle support with a series of webinars for 2022 and digital assets for its dealers.