Mineral hybrid surface Silestone by Cosentino has introduced Ethereal, a collection of white marble-look patterns made using its HybriQ+ technology.

Mineral hybrid surface Silestone by Cosentino has introduced Ethereal, a collection of white marble-effect patterns made using its HybriQ+ technology. 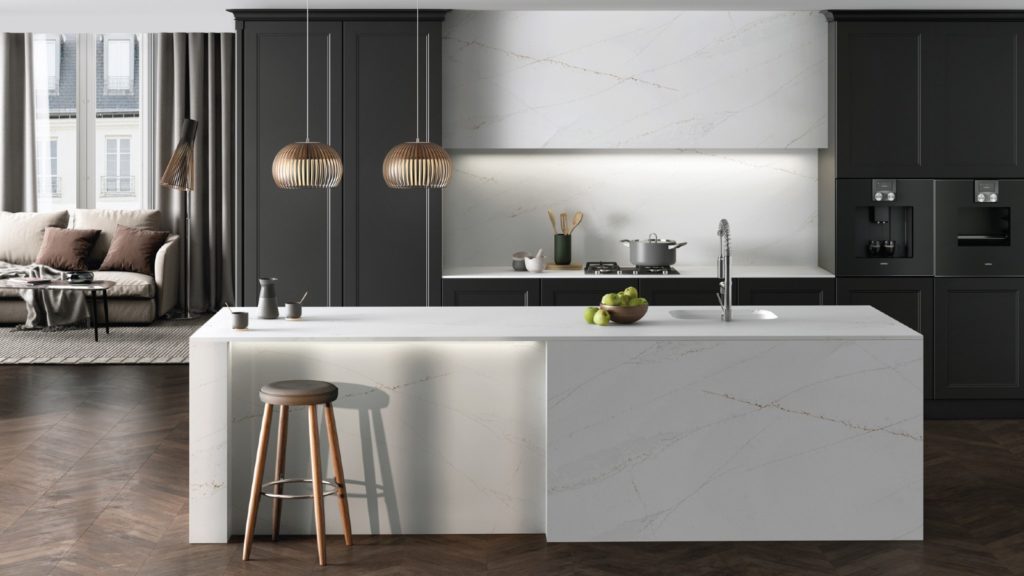 It means each surface has a minimum of 20% recycled raw materials, while the production process uses 99% reused water and 100% renewable energy.

The collection consists of four colours, namely Ethereal Glow, Ethereal Dusk, and Ethereal Noctis, each with a deep, fine veining on a white foundation.

An evolution of Silestone’s Eternal Calacatta Gold, Ethereal Glow has golden and grey veining which merges with a tinged white foundation, with veining running through the entire design.

Ethereal Dusk has been created to provide an urban look, with a bluish tone of its veining brings a modern and avant-garde touch to any space.

Whereas Ethereal Haze features an interplay of grey tones and takes inspiration from the way the wind moves the clouds over the mountains.

Completing the collection is Ethereal Noctis with a tinged white foundation broken up with short grey and black veins, for contrast, depth, simplicity and modernity, and inspired by darkness after sunset.

Alike all decors in the Silestone by Cosentino brand, the Ethereal Collection comes with a 25-year guarantee.

It is the second collection launched worldwide under its refreshed corporate image and is supported by an advertising campaign featuring entrepreneur and international fashion icon, Cindy Crawford.