Italian appliance brand Smeg has teamed up with the company behind Snoopy to create a limited edition Fab fridge to commemorate Peanuts’ 70th anniversary. 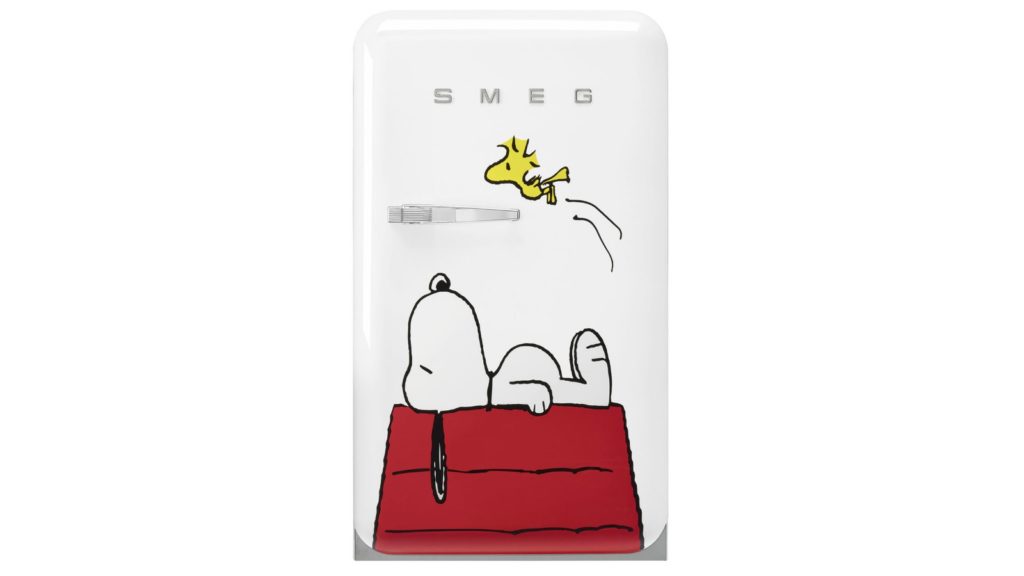 Snoopy, the much-loved character of Charles M.Schulz’s popular comic strip, Peanuts, made his debut in the 1950s and an original Snoopy drawing is now featured on the Smeg Fab10.

The artwork features Snoopy laying in his classic pose above his doghouse, flanked by his friend Woodstock

It is a limited edition design that will only be available on a total of 70 fridges worldwide, and just 25 in the UK.

The Snoopy FAB10 fridge will be priced at £1,299 and available exclusively from Smeg’s London Store.

The playful artwork features Snoopy laying in his classic pose above his doghouse, flanked by his friend Woodstock.

It follows on from Smeg’s collaboration with Disney, which saw the appliance manufacturer create a limited edition Mickey Mouse fridge.

Ovens | In your element