Original sketch features on company's latest FAB fridge, which is A+++ energy-rated 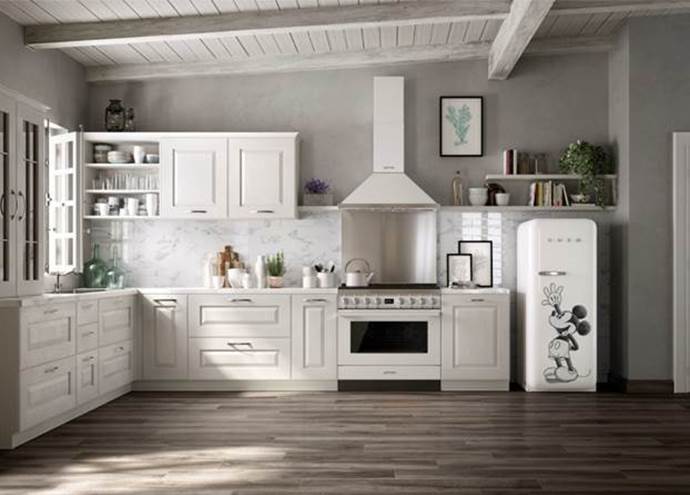 Last year Smeg partnered with Disney to mark a year signified by two landmark anniversaries – the brand’s 70th anniversary and the first year since it opened its flagship showroom, which tied in with the 90th birthday of Mickey Mouse.

The collaboration saw the two brands join forces to create a limited-edition run of Mickey fridges, with only 90 made.

Following the success of the first Mickey Mouse fridge collaboration, the  sketch design features more of the cartoon character’s face, as he reaches for the handle.

It has been commissioned exclusively for use by Smeg and features, along with a silver plaque with Disney’s Signature,  on the company’s latest FAB28 fridge model.

The  FAB28RDMM4 fridge has an A+++ energy rating, muiltiflow cooling system, as well as adjustable glass shelves.