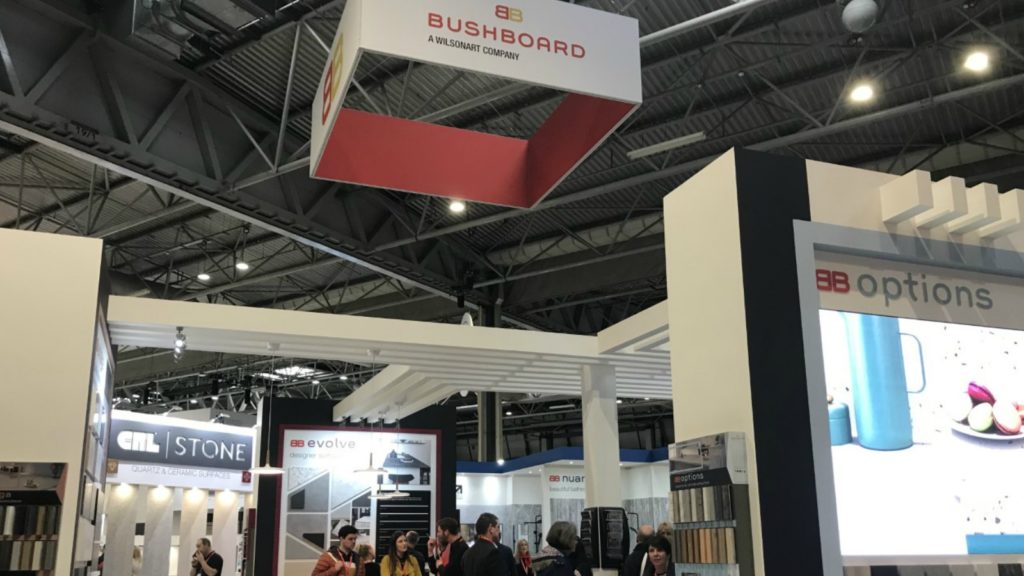 Sales leader for Wilsonart UK Nick Jones commented: “We have had a major overhaul of design, simplification of pricing brackets. and [introduced] styles and trends in line to the market changes.”

It has seen the Options range streamlined to focus on postformed worktops in 28mm and 38mm, and now offers 40 designs.

Bushboard has brought some popular designs from its Omega brand into its Options offer and introduced 10 additional  decors.

Nick Jones stated: “It’s about creating some excitement in our ranges but also making it very commercially successful from successful lines out of our Omega offer.”

It sees the addition of 10 designs to the Omega brand on 38mm square edge worktops, plus 10 decors for its 22mm surface range.

Completing the update of its worktops, the Evolve compact laminate range sees the addition of eight designs, bringing the total number of decors to 22, which will be available from April.

Many of the decors are influenced by the trend for natural slab-like, timber, natural and engineered stone designs such as quartz.

Nick Jones pointed out the Omega brand as the hero product launch for the show, particularly the 22mm tops, as he added: “We know from our own stats, and where the market is moving to, the thinner profile is really where the wants to be.”

The revamp of the three worktops brands follows the company’s recent investment into its Nuance wall panelling.