When designing a customer’s dream bathroom the look and feel of the space is essential. But, the dream can be short-lived if ventilation is overlooked.

Steamy mirrors, followed by condensation and mould, is no-one’s idea of bathroom bliss! So what should  designers consider when specifying bathroom ventilation?

First up is making sure the fan you choose is up to the job. This means it meets the air change requirements for the room, to ensure steam and smells are removed at source.

This not only prevents condensation and mould appearing in the bathroom, it also stops moisture migrating to colder parts of the house and causing damage around the home.

For bathrooms, it’s recommended you should have 6-10 air changes per hour with an extract rate of no less than 54m3/h at 15 l/sec. Alternatively, a room must have continuous ventilation at 0.3l/s/m2 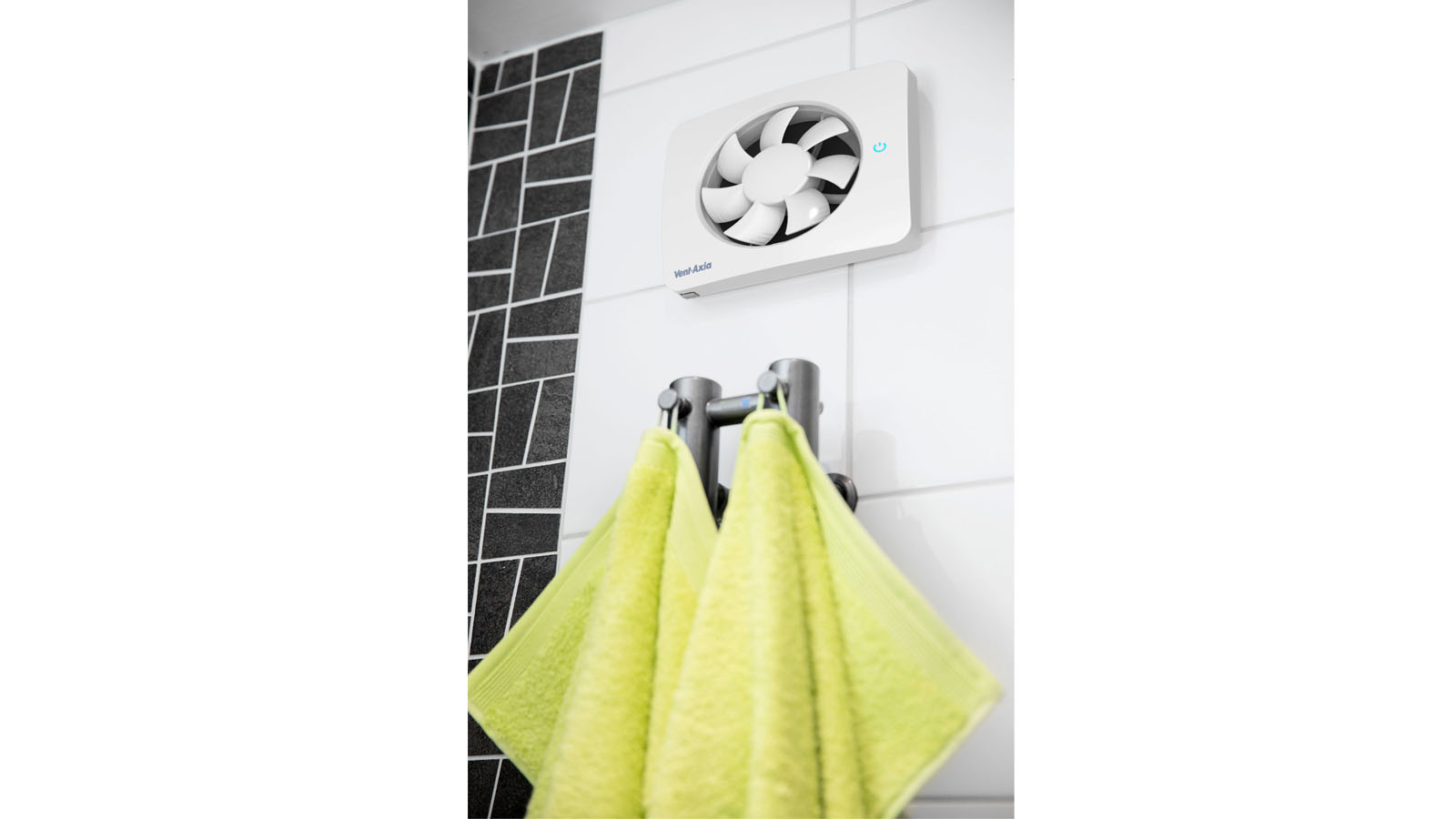 Equipped with Odour Sense technology, the PureAir Sense bathroom fan automatically increases air flow when the IAQ is poor and features an automatic humidity sensor . Running from 19dB it features a LED touch panel control and can also be operated by the Vent-Axia Connect app

Households want to use their bathrooms in peace and quiet and this just isn’t possible with noisy unitary fans.

An average extract fan operates at 35dB(A). This is loud in a confined space.

Fortunately, there are now fans on the market that are only slightly louder than the sound of a pin dropping.

A bathroom fan shouldn’t be installed anywhere. Fans suitable for wall, ceiling or window installation make choosing where to locate the fan much easier.

In larger bathrooms, a fan can be installed safely away from any sources of water spray but in smaller rooms, such as an en-suite, this may not be possible.

In these cases, a fan with an IP45 rating (for Zone 1) can be safely installed in the splash zone.

Another feature to look out for is variable speed models, whose fan speed can be adjusted to meet the individual airflow needs of the project. This is especially helpful with long duct runs.

Plus, variable speed models can be altered to achieve the required airflow at a sound level that is acceptable to an individual household.

People are becoming increasingly aware of the problems of indoor air pollution.

To combat this, installing effective ventilation that provides good indoor air quality (IAQ) is recommended by the National Institute of Health and Care Excellence (NICE) in their draft guidance ‘Indoor Air Quality at Home’; and by the Government in their Clean Air strategy.

A fan with sufficient airflow is a good starting point but there are other features to look out for to further improve IAQ in the bathroom.

Odour Sense Technology detects strong odours and so increases airflow when the air is poor, neutralising the odour and helping ensure a comfortable and healthy living environment. 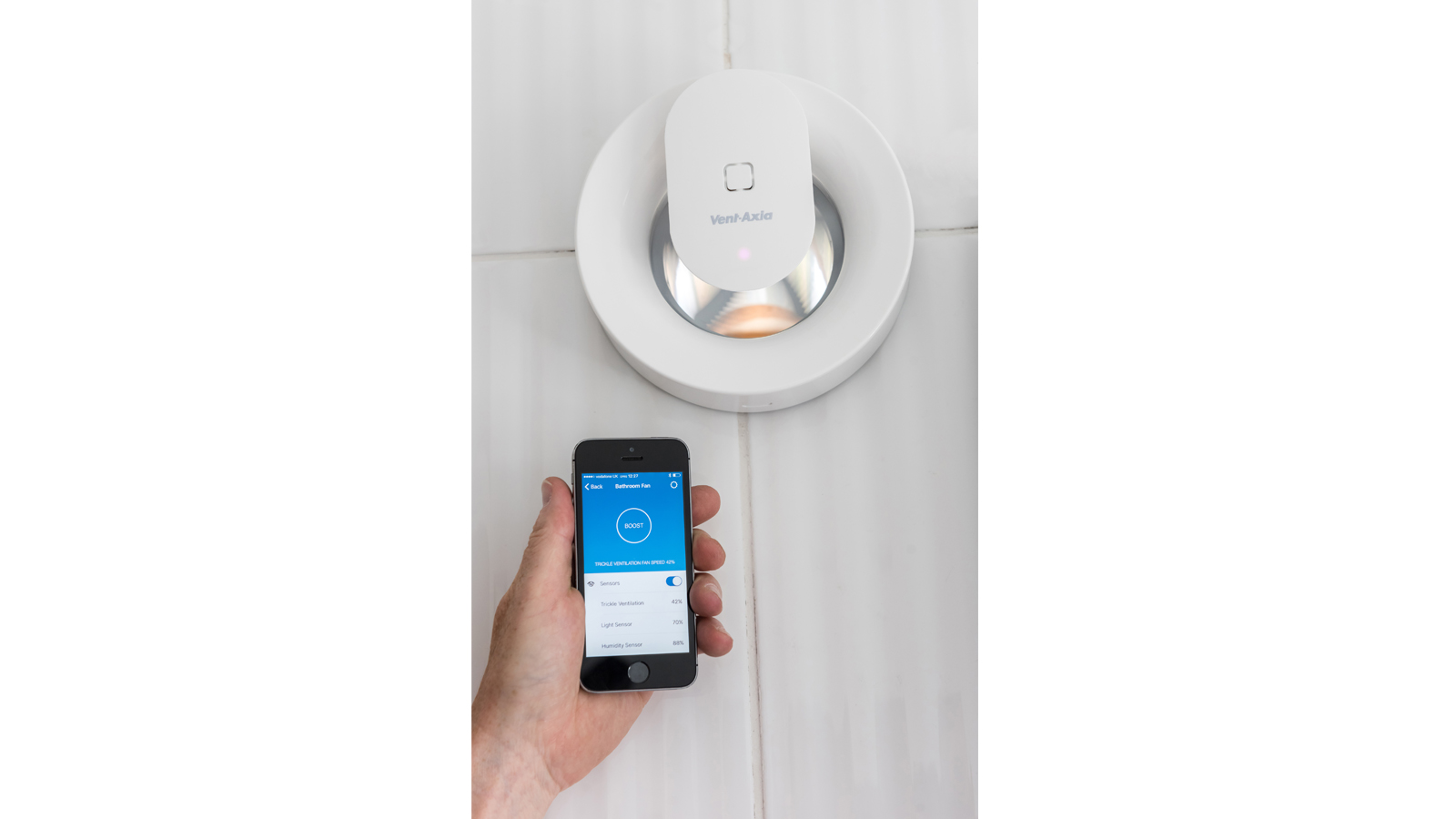 Able to run continuously or intermittently, the Svara has been designed for kitchen and bathroom installations. It features a humidistat and light sensor, so is activated when someone walks into a room, and features can be altered using the Vent-Axia Connect app

With the nation’s love of technology, intelligent fans with App control are a sure-fire winner.

For example, homeowners have complete control of their IAQ through an intuitive App with Vent-Axia’s Lo-Carbon Svara or the Red Dot Award winning PureAir Sense.

Both fans unlock a range of different functions and settings, such as silent scheduling and automatic cycles, offering flexible ventilation to suit a household’s lifestyle.

Intelligent, fully automatic humidistats are also a great addition in the fight against moisture.

Fans with this feature learn to run only when they can make a difference to IAQ. It can also sense when someone is in the room and then activate the fan.

These intuitive sensors can reliably recognise room occupancy through light movement and shadows, but can distinguish between car headlights flashing and people moving about to avoid nuisance running.

Additionally, the delay-on feature avoids the fan being triggered in the night during quick bathroom visits.

Finally, an airing function is ideal for those who are away a lot or for a guest bathroom. This runs the fan for an hour if it has been inactive for over a day, ridding the room of stale air and stuffy, musty odours.

With such a wide choice of bathroom fans on the market it’s important to ensure the fan you choose is powerful enough to keep the room free from condensation and mould, providing good IAQ.

But now it’s also possible to choose a fan that offers silent running, good looks and multiple smart features meaning that the bathroom you design looks great and is both healthy and peaceful. 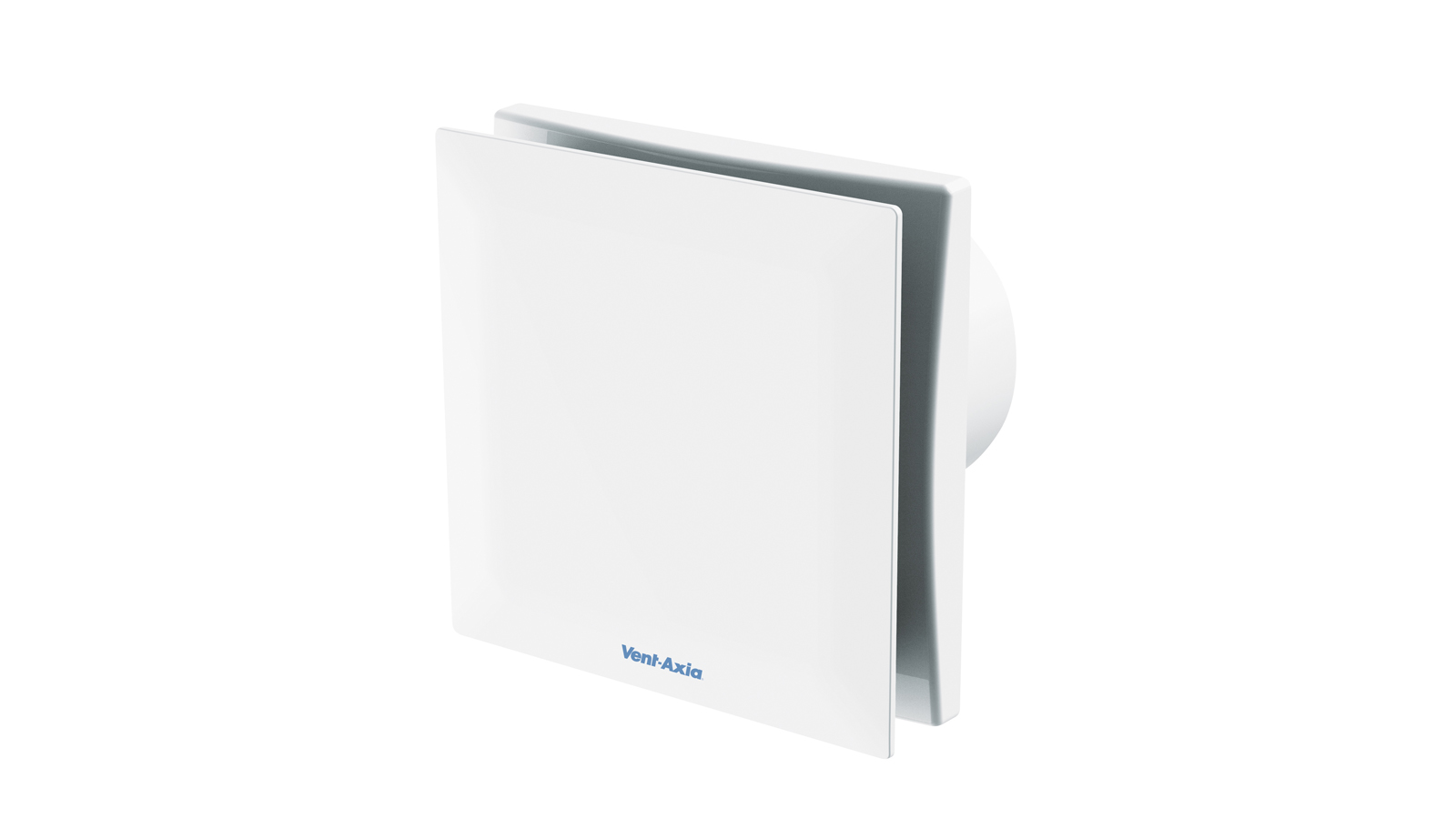 According to Vent-Axia, the Silent Fan range is the quietest on the market,operating at 12dB, and has been awarded the Quiet Mark. The six-strong Silent Fan range boasts an IP45 rating, variable speed models, humidistat options and up to a 5-year warranty