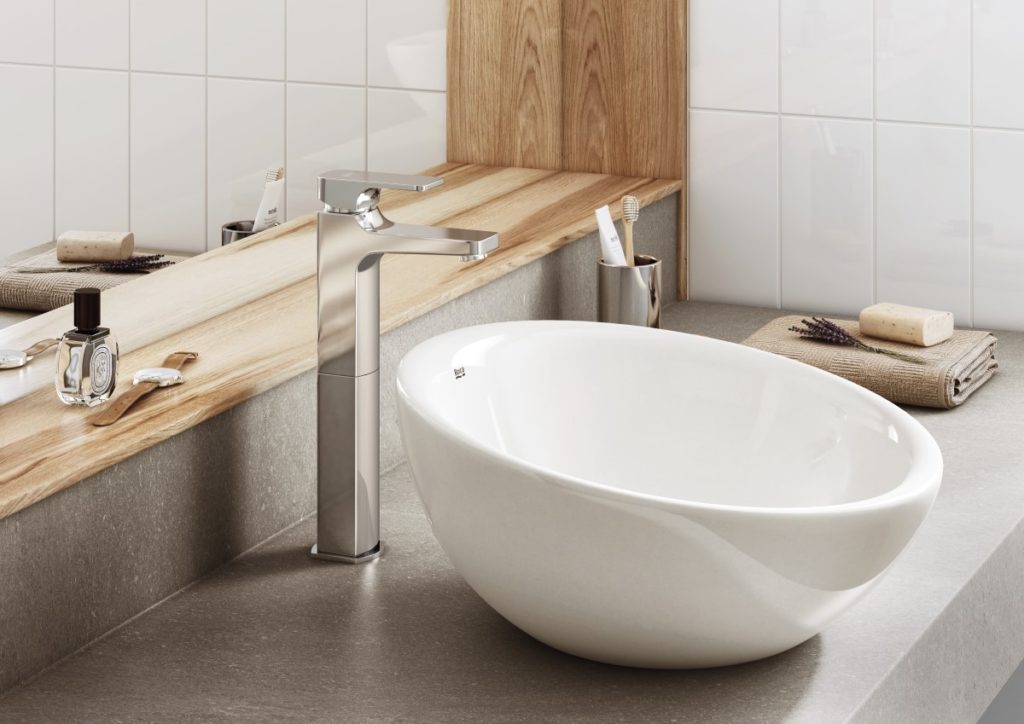 Many of the company’s taps also include the Evershine finish – a hardwearing coating designed so  the tap retains its shine, along with discouraging limescale build-up and preventing stains.

Escuadra features a ceramic disc cartridge, which has been tested with over one million movements, to assure customers of the longevity of the brassware.

In addition, the basin and bidet mixers are equipped with Cold Start technology; this prevents unnecessary energy consumption by only activating the boiler when the handle is turned to hot.

According to Roca is helps conserves energy and provides a cost-effective solution for homeowners.

Spanish bathroom manufacturer Roca started life as a cast iron radiator manufacturer near Barcelona, before entering the bathroom space with the production of bathtubs.

It has been manufacturing sanitaryware and brassware since 1936 and 1954, respectively.

Now the company network, which also owns the Laufen brand, is spread over 170 countries which are supplied by its 78 production plants, and employs 22,000 people.

Roca has recently announced the finalists of its jumpthegap international design contest, which includes a pair of UK students.

Baths versus showering | Cleaning up