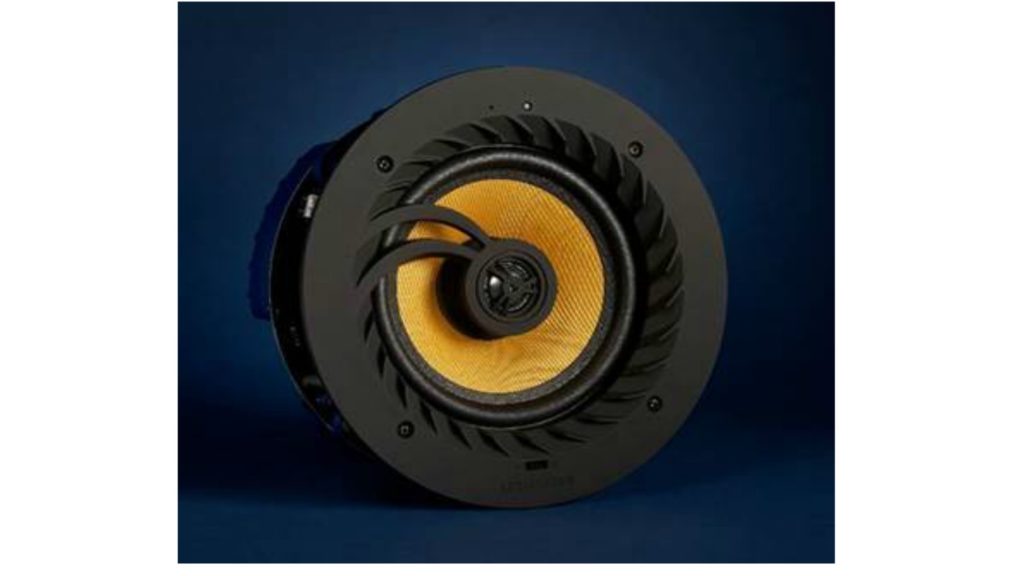 The new speakers now include aptX Low Latency, Bluetooth 5.0 and an enhanced exterior design on the front and back.

The introduction of aptX Low Latency audio means when the ceiling speakers are linked to something being watched on a screen, they deliver sound in sync with the picture.

The introduction of Bluetooth 5.0 gives the ceiling speakers increased range – from 10 metres to a  30m connection.

Until now, to retrofit Bluetooth speakers in a ceiling they had to be connected to a separate amplifier or running cables through  walls.

But Lithe Audio’s  speakers are a fully integrated all-in-one solution which are installed by connecting power from the lighting circuit.

The high-performance Lithe Audio speakers deliver sound and give seamless audio streaming from any audio service to a single, pair or up to a series of six Lithe-linked speakers.

Designed by the company’s team of specialist home electronic product designers, the frameless speakers are designed to ‘disappear’ into the ceiling, only protruding 3mm.

The  magnetic grille covers can be removed  for cleaning or for replacement with a different coloured finish.

In addition, the grilles can be painted to match any ceiling for a ‘barely-there’ look.

Sensio introduces Cube and Circa

Grohe pulls out of ISH 2021 but will this be the first of many manufacturers? We want to know your thoughts.… https://t.co/JiOAWSJnPD

JUST OUT: For consumers looking for something different to white, how about the Bespoke by Burlington collection? https://t.co/L34kRMoRES