Activations manager Viktoria Lövberg and product launch manager of EverydaySafe Shane McKay explain why it is the next essential kitchen add-on.

Activations manager Viktoria Lövberg and product launch manager of EverydaySafe Shane McKay explain why it is the next essential kitchen add-on. 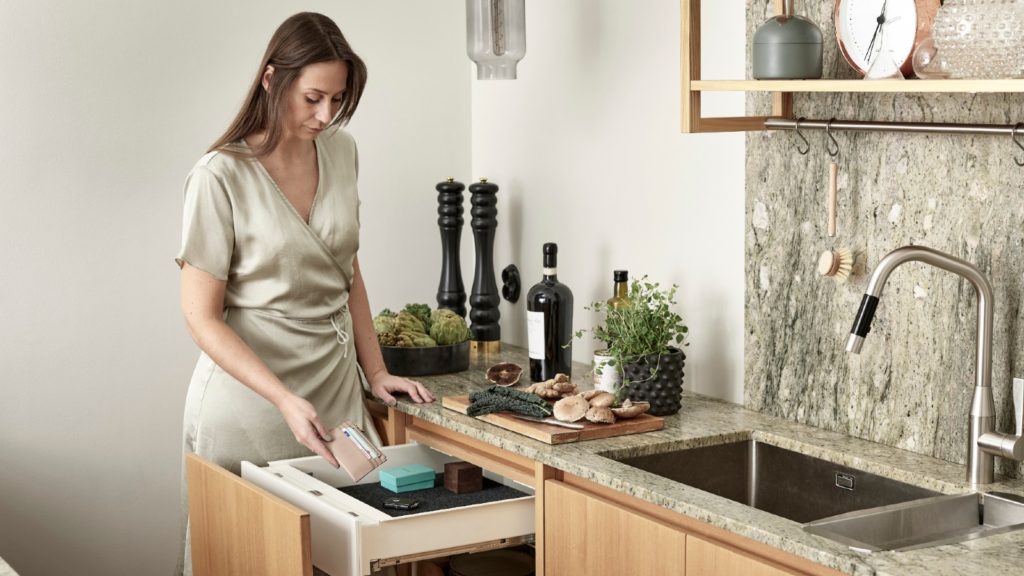 With a brand history of almost 200 years, and synonymous with security and locking systems, Chubbsafes has created a safe for use in the kitchen.

Designed in collaboration with furniture manufacturers, EverydaySafe stores valuable items in daily use – hence the name – from car keys and jewellery, through to cash and credit cards.

Activations manager Viktoria Lövberg explains: “We didn’t have knowledge of the kitchen segment which meant we had to work with companies who do.

“It makes a lot of sense to put a safe in the kitchen because it is the heart of where we live today.”

However, the safe can equally be fitted in the lounge, the bathroom or the bedroom – wherever is the most convenient for the consumer.

The EverydaySafe has been designed to be built into cabinets as a drawer-in-drawer model or standalone option, with a furniture manufacturers’ drawer front. 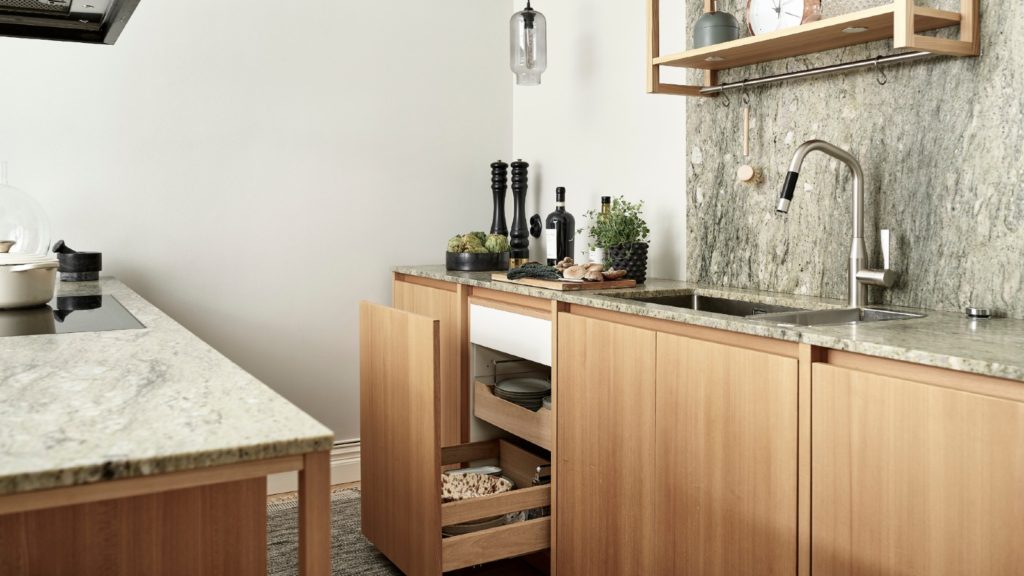 Using a complementary app, it is operated by phone or a biometric fingerprint scanner.

Priced circa £1000, Viktoria Lövberg says the safe is not just for luxury kitchens, adding: “It’s in the price range where most consumers could buy it.”

The EverydaySafe can either be purchased as part of a whole kitchen project or retro fitted, if there is access to an electrical supply to power the mechanism.

But Lövberg is keen to point out this isn’t just a hi-tech lockable drawer; it features a Faraday Shield to prevent car key cloning.

The German General Automobile Club (ADAC) tested 237 keyless cars and found thieves could trick 230 of them into believing a car key is closer than it is, enabling them to unlock and start a car.

It is substantiated by Government data which reports vehicle theft in 2018/19 reached a nine-year high, with more than 114,000 vehicles stolen in England and Wales over the 12-month period alone.

EverydaySafe also comes complete with certification that insures the contents.

She explains: “We have the Sold Secure certificate. It’s an independent test institute in the UK and is connected to the insurance ratings.

“By buying a safe that is Sold Secure proofed, an insurance company can typically cover the contents if there is a burglary, and someone gets into the safe.

“There are lockable drawers you can put into kitchens, but they can’t be compared to a safe.”

Even though it features the latest digital security, Chubbsafes reports the EverydaySafe is easy to install.

According to the company, it can be fitted in 30mins by a two-man team with standard tools as all fixtures are supplied with the safe.

“The ambition is that it is as easy to put in as any other drawer; it’s just that this one has a lot higher protection,” says Lövberg.

Although manufactured in Germany, Chubbsafes has built up a local stock holding for UK retailers. Lövberg explains: “One of the first things we did was to build up local stock in the UK, especially with Brexit, to make sure we can always deliver in five days.”

But also recognising retailers are having to place their furniture orders early, to cater for longer lead times, they can also order an EverydaySafe and use its Delayed Delivery service so it arrives at the same time as the kitchen.

Lövberg explains: “We now have the function that when you place the order you can choose whatever week you need it to arrive.”

Focused on sales through kitchen retail rather than its traditional channel of hardware stores, the EverydaySafe is supported by training and marketing available through an online platform. 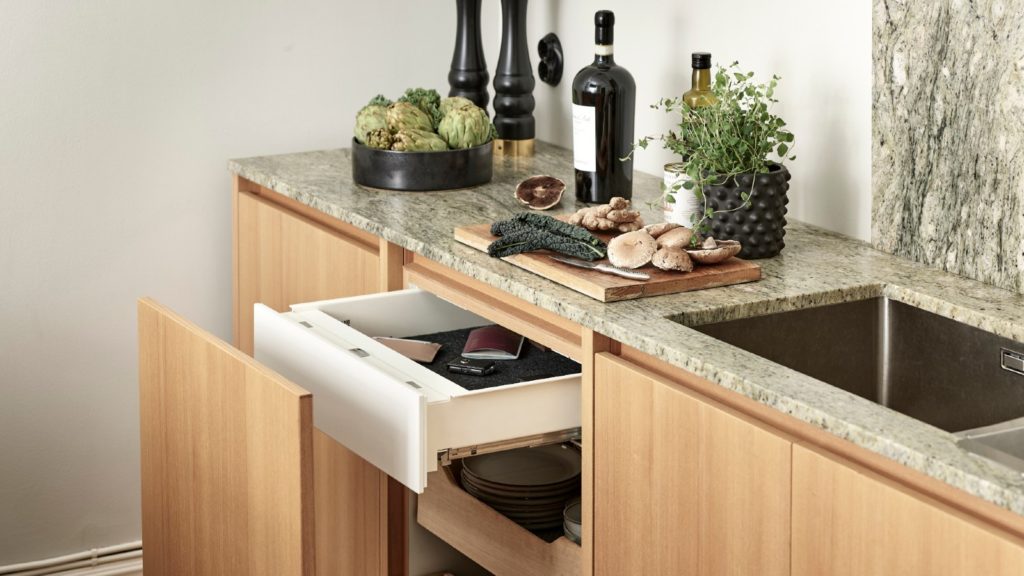 Retailers can access printed brochures, high resolution imagery, as well as video content to help promote the EverydaySafe to their consumers.

Product launch manager Shane Mckay comments: “Our primary focus is to work with kitchen retailers to give them all the marketing, training and sales tools they need to feel confident to put it in their design.

At the same time, we want them to know that they can make some margin on it and it’s in their interest to display it.”

Lövberg agrees and points out “The EverydaySafe doesn’t replace anything in the kitchen. I think that it key. It’s additional margin.”

Chubbsafes will also be exhibiting at Kbb Birmingham to showcase EverydaySafe, grow its retail network and support its existing dealers.

A 48sqm stand will be used to highlight the range of installation possibilities and help educate kitchen retailers in more detail about the product.

“I can’t stress enough how key the Kbb exhibition will be for potential resellers to be able touch and feel the product and meet us, and for us to bond with existing dealers”, says Lövberg.

Despite having only launched the product in Spring 2021, the EverydaySafe already has 21 displaying dealers in the UK. 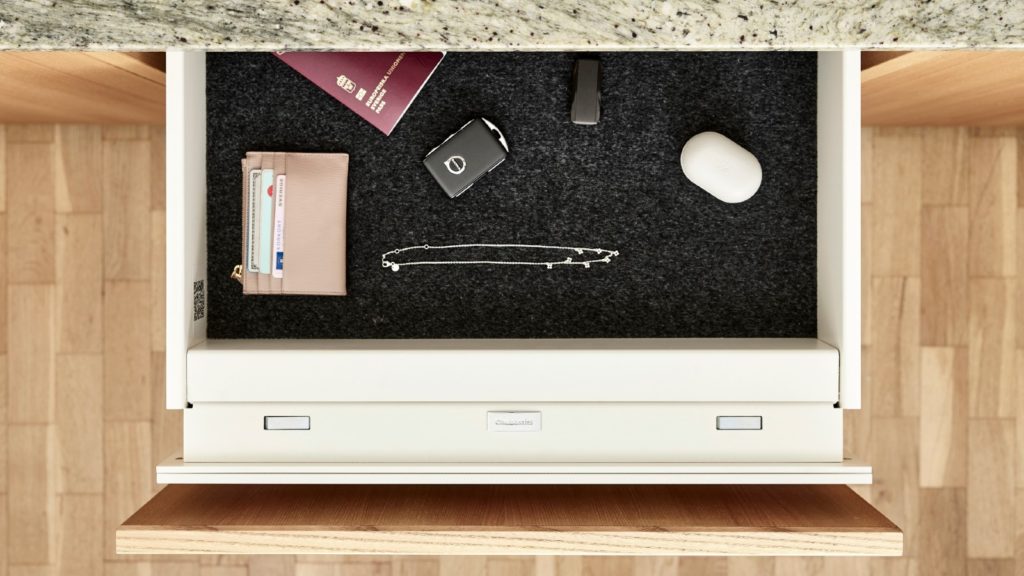 Lövberg continues: “I have to say, it’s quite cool to see how open to new products and innovations UK resellers have been. We have received really positive feedback and that’s great.”

In fact, Chubbsafes has high ambitions for the brand in the UK, as Lövberg states: “The UK is a primary market for the Everyday Safe.

“We would like to have a displaying dealer in every single postcode region around the UK.”

Chubbsafes believe the EverydaySafe could become an essential add-on for the kitchen, similarly to a boiling water tap.

Shane McKay concludes: “Nobody knew they wanted a boiling hot water tap until they found out it existed. Now everyone wants one.

“We see ourselves at the start of that journey. You don’t know you want an EverydaySafe but as soon as you see it, use it or use someone else’s, you think why don’t I have one?”