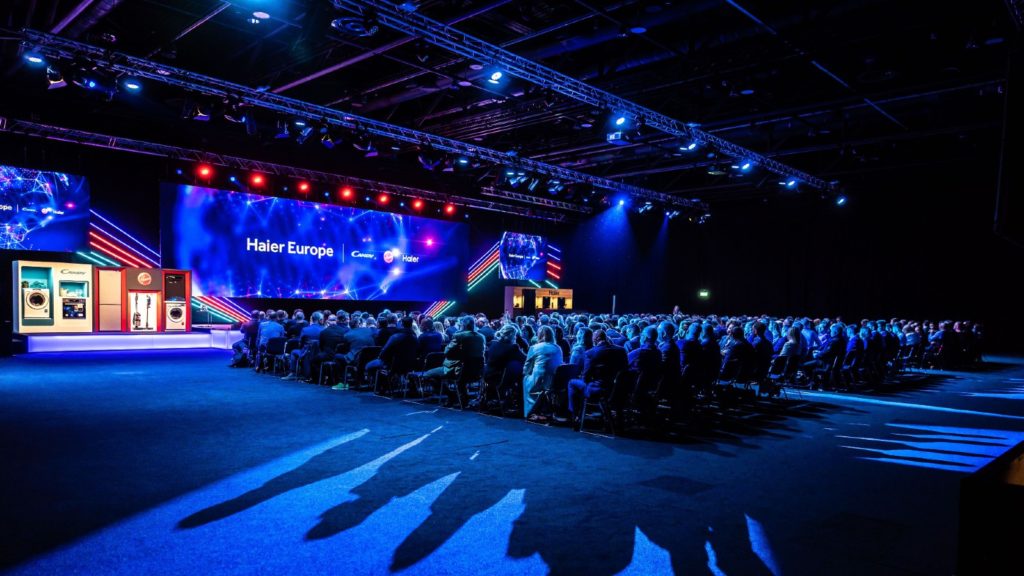 In a return to a physical version of its 1 Vision conference, following the COVID pandemic, Haier outlined its ambition to be number one appliance group in UK & Ireland by the end of 2023 and number three in Europe.

The Haier Group, which owns Hoover, Candy and Haier brands, is already the biggest appliance manufacturer in the world.

Despite only being established in 1984, it has over 120 factories supplying to 160 countries, with appliances present in 1billion households and a network of 140,000 retail partners globally.

“Together, we can harness the strength of this proven winner to provide the foundations on which to build our own dreams and our ambitions.”

He adds: ““Our dream is to be supplier of choice for our trade partners and to help us to be number one in the UK and Ireland by the end of next year,” stated Meyerowitz.

Haier has already prepared for a much bigger business, including the expansion of its HQ in Birchwood, Warrington and launch of brand activation centre. And Meyerowitz listed sales achievements of its built-in business and premium Haier brand. 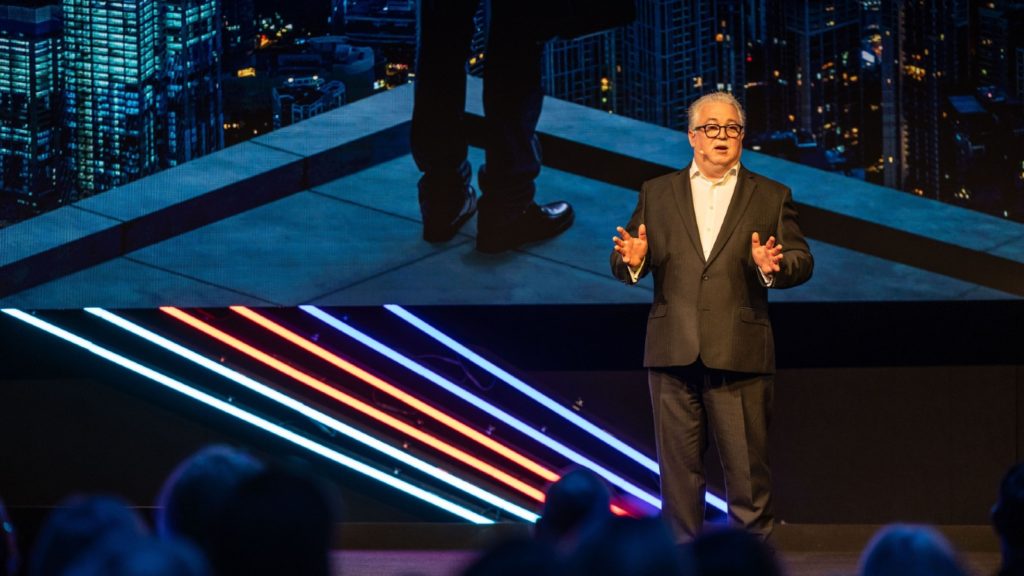 Commenting on built-in sales, he explains: “This is an incredible business that has doubled in size within the last three years.”

All this has been achieved without the premium Haier built-in brand, which was launched into the UK in March, so it now has a target of 1million sales by 2026.

In addition,  Meyerowitz states sales of its premium brand Haier were also reported at 65% growth, which he said made it one of the top 30 fastest-growing Chinese companies in the UK for two years running.

The Haier brand has tripled in size in the UK in the last three years, and last year the group had sold 1million connected appliances in the UK & Ireland.

The company’s vision is not just to sell more product but to “optimise the positioning” of its three brands Hoover, Candy and Haier. 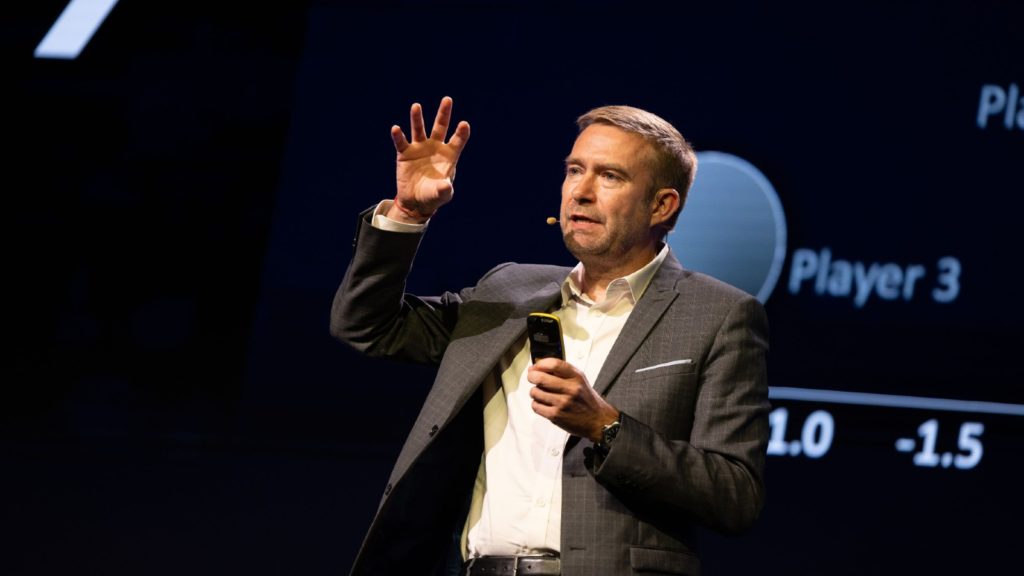 The vision of the group remains “to enter into the top three home appliance companies in Europe by 2026”, says CEO of Haier Europe Yannick Fierling

Last year, it announced plans to deliver another £200million at retail value with its trade partners.

Its multibrand freestanding and built-in appliance business grew UK market share from 11.6% in 2020 to 12.6% in 2021 with a peak share of nearly 14% and grew value of its built-in, freestanding cooling and freestanding washing machines outpacing the market.

There are also plans to extend the premium appliance brand Haier, in the coming years, to gain a bigger share of the market.

“Our business in the UK and Ireland is going from strength to strength. Last year we recorded a fantastic 25% growth in sales and a doubling in our profits. That means we can reinvest to go again for our dreams for this year”, explained Meyerowitz.

However the brand has bigger ambitions becoming “the UK’s favoured trade supplier” and a top three player in Europe.

Despite the volatile trading environment, CEO of Haier Europe Yannick Fierling reports the company has been the fastest-growing home appliance company in Europe for the past three years. It has also been the biggest home appliance group in the world, for the sixth year in a row. 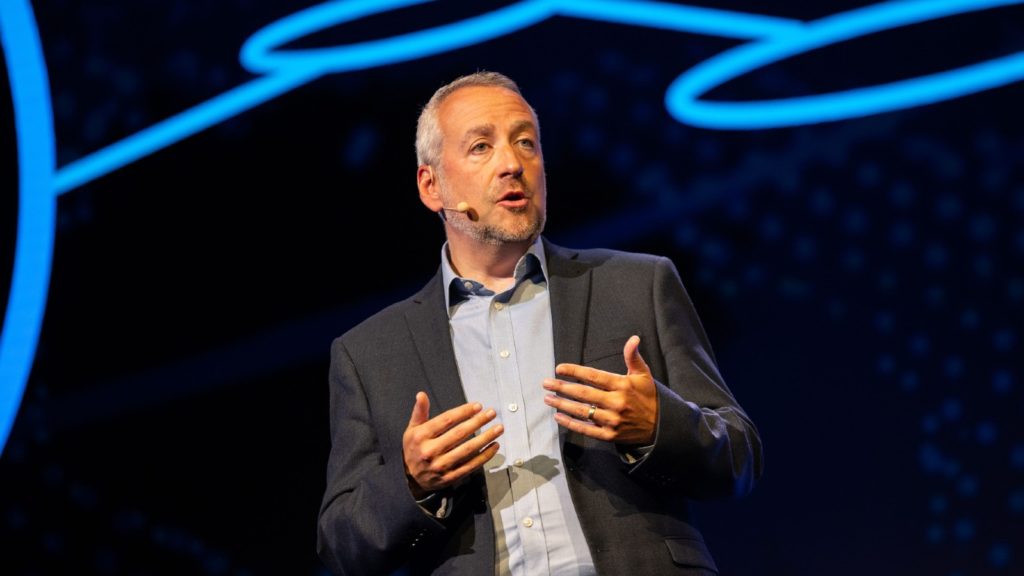 Chief commercial officer Jim McEwan states product availability has been less affected than other manufacturers and although the company expects disruption, with its recent investments it anticipates supply to be improved on last year

Yannick Fierling states over the last five years the company has grown by 20%, with growth of Haier Europe was close to 22% in 2021. ]

He exclaims the vision of the group remained “to enter into the top three home appliance companies in Europe by 2026.”

Working to this plan, the company has been developing an “ambitious but also practical and articulable” plan, which includes moving from a product to an experience offer and working with third parties to create an ecosystem, such as with supermarkets.

Although the company already has 40% of market share in connected products, the company has further plans in connectivity, as Fierling adds: “We want to have 100% of our appliance connected between themselves and also with third parties, creating value, generating revenue and generating profit.”

To support this growth, the company has invested €71million in a cooling factory and a €50 million tumble dryer plant in 2021. 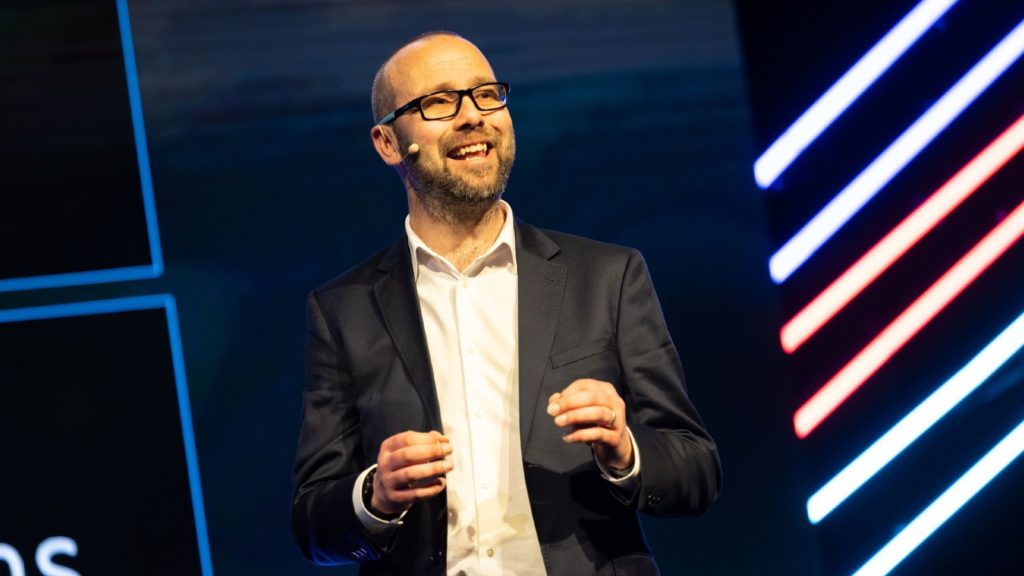 In addition, it is set to launch a €45million dishwashing factory in Turkey, with a cooking factory also planned in the same country, to open in 2023.

Haier has also invested in digitalisation – such as Artificial Intelligence – including picture recognition for ‘snap and do’ functions, for ease of use, and enhancing sustainability by extending appliance lifespans, with Over The Air maintenance and upgrades.

But that’s not all. Haier has invested in its supply chain and team to feed the company’s growth ambitions, including doubling number of UK & Ireland ports, tripling number of shipping contracts, increasing inland hauliers to six and expanding its rail network.

Although Haier expects disruption for the remainder of the year, through planning it believes there will be an improved situation to last year.

Setting out why Haier has been successful and why he believes it will continue to achieve further growth, Yannick Fierling concludes it is because of entrepreneurship and empowerment “leaving the control to the markets and zero distance to the end consumer.