With 20 years’ experience of kitchen design, following in the footsteps of her father who was a builder, Sarah McCrossan set up Herbert William in Hampshire. 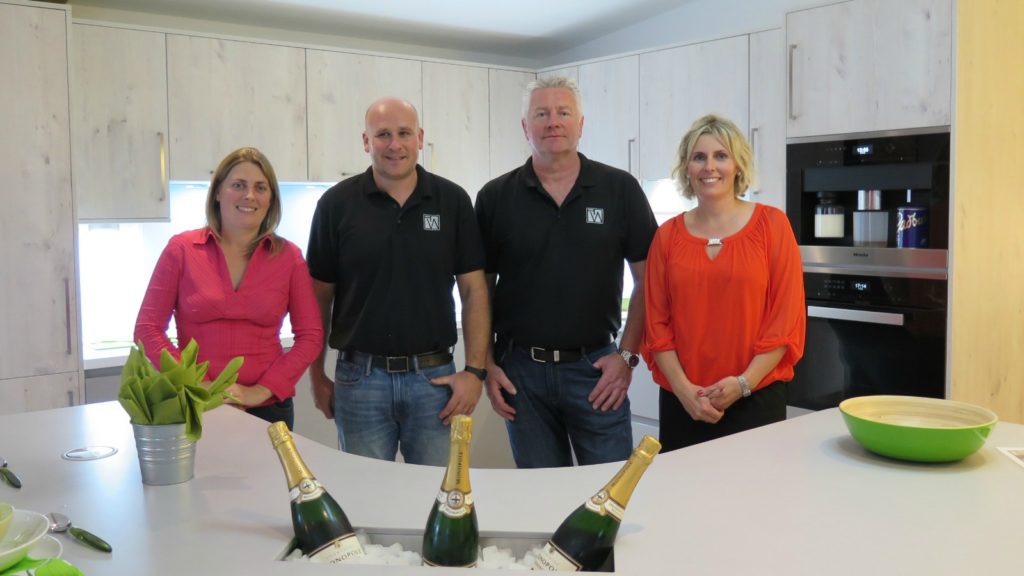 She joined Hardleys in Hythe as a trainee in 1997, where she stayed for eight years. Then, after a year out, she set up Herbert William.

The business, which is named after Sarah’s two grandfathers, started from home but soon grew, and it moved to its current location (a former cowshed) in West Wellow, 2009.

She now runs the business in partnership with John Breaker and Lee Snelgrove who head up the installation side of the business.

One of her most recent projects has been with a novice property developer, which Sarah says she enjoys: “With a new build I can be more influential.”

Having worked on the developer’s first property, she was asked to work on her next one which saw the client converting a single 60s bunglow property, to become two four bedroom houses. 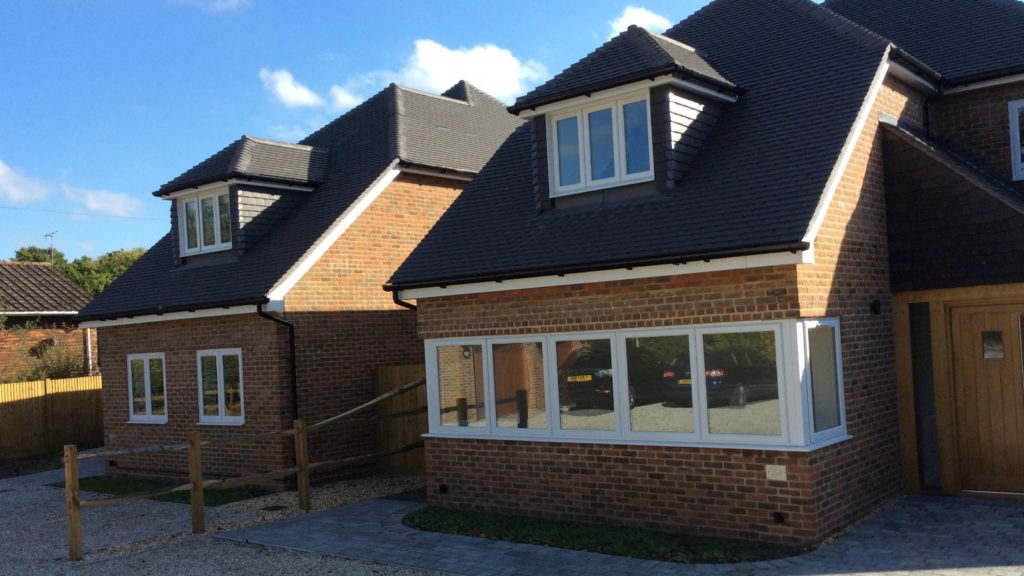 The brief was both were to have a large open-plan kitchen, with one house built to a higher specification, as the client planned to live in it but would be selling the second property.

Sarah comments: “I talked about how she wanted to use the space, whereas architects tend to dedicate a space and not think of the design or the impact the position of things, such as soil pipes and windows, can have.

“In fact, on my advice, a window was relocated in the kitchen.”

Sarah used 2020 Fusion to design both kitchens and was able to show her client the designs in plan view, together with renderings: “She liked to be able to see the view from above to see how the space is being used.” And Sarah said the customer also liked the 360 degree panoramas. 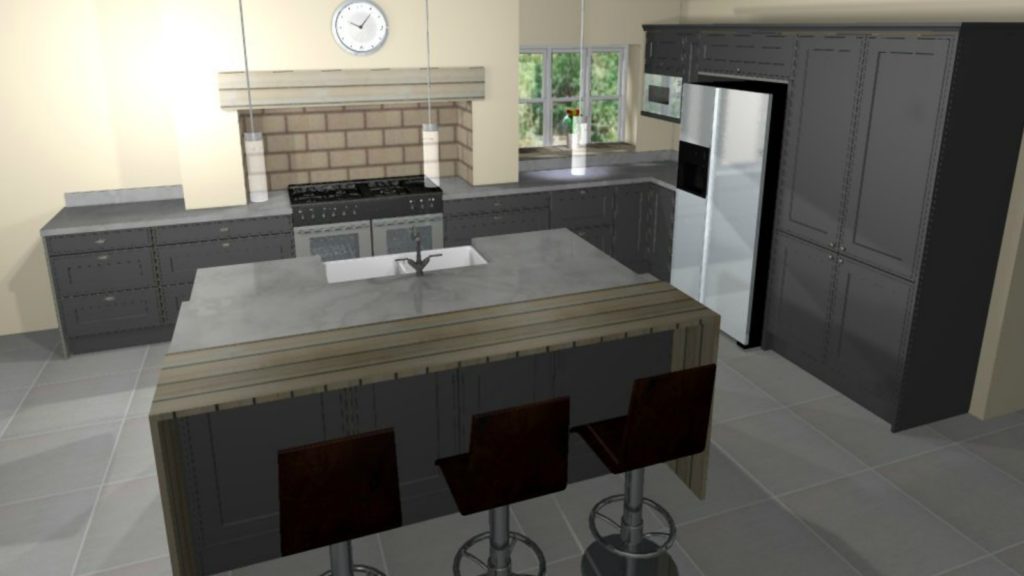 She continues: “We made a few changes – mainly door styles – plus I suggested we create a design feature of the breakfast bar using old scaffolding planks which complement the grey finish of the units.”

In fact, the door styles were changed four or five times, but Sarah simply amended the plans and sent them to the client. 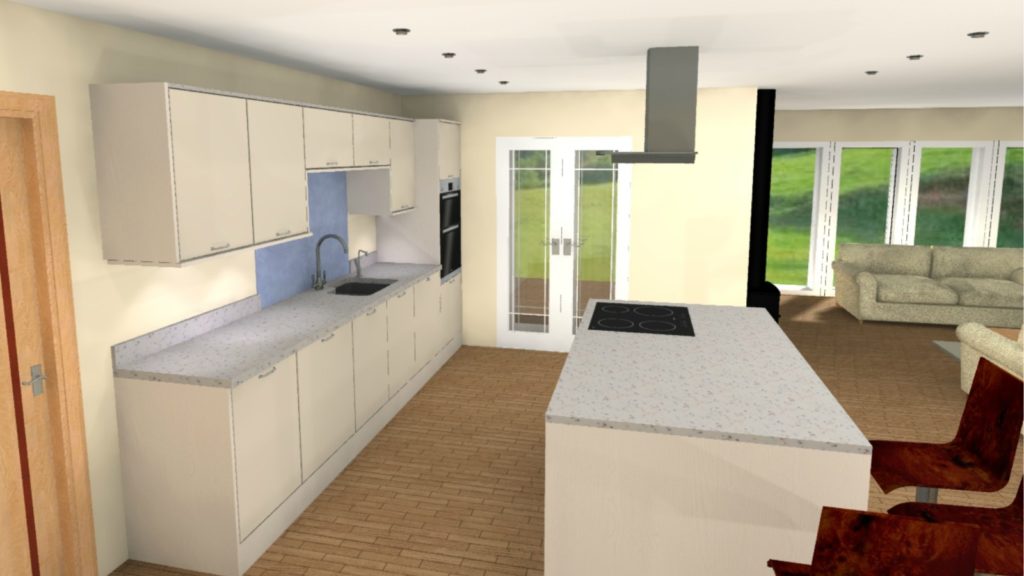 Her client loved the planning and design process and Sarah said the plans and renderings were an essential part of her decision-making process.

The CAD software was also beneficial to her installation team as new builds can be more difficult to fit-out than a refurbishment project.

Even with 35 years’ experience, installer John Breaker says: “It can be the hardest room to get everything right.

“We plan the kitchen based on the original architect’s plans but then when we go to check the measurements, we can find things like soil pipes have moved and so we have to find a way around.

“We like the drawings to be as detailed as possible and I always make sure all last minute agreements are written on the plans.” 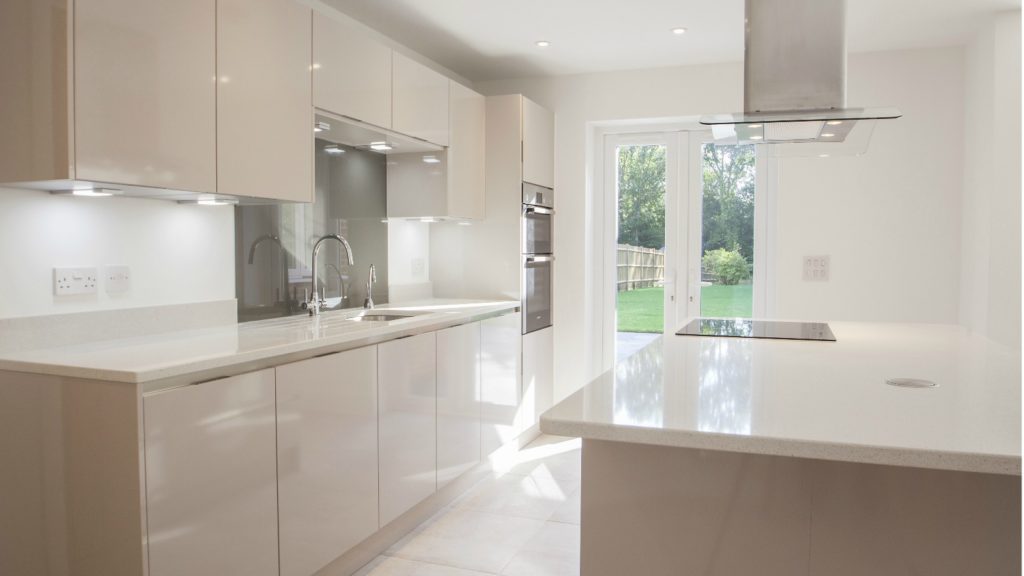 Kitchen designed for the property which was being sold

In fact, John Breaker points out: “With these properties, Sarah was involved in the design process from the outset which meant the installation was pretty straightforward with relatively few issues.”

In fact, both kitchens were installed over a six-week period, allowing for other building work to be completed in-between.

Designed for the developer’s home, this kitchen had a higher specification

Abode: “It’s time to be a disrupter again”

Sylmar Technology | Solid as a rock