Inventor and founder of Kaelo Kevin Jabou explains how keeping drinks cool to the last drop created a new appliance market, with his global business set to exhibit at Birmingham 2022

Inventor and founder of Kaelo Kevin Jabou explains how keeping drinks cool to the last drop created the need for a new appliance, with his global business returning to kbb Birmingham 2022 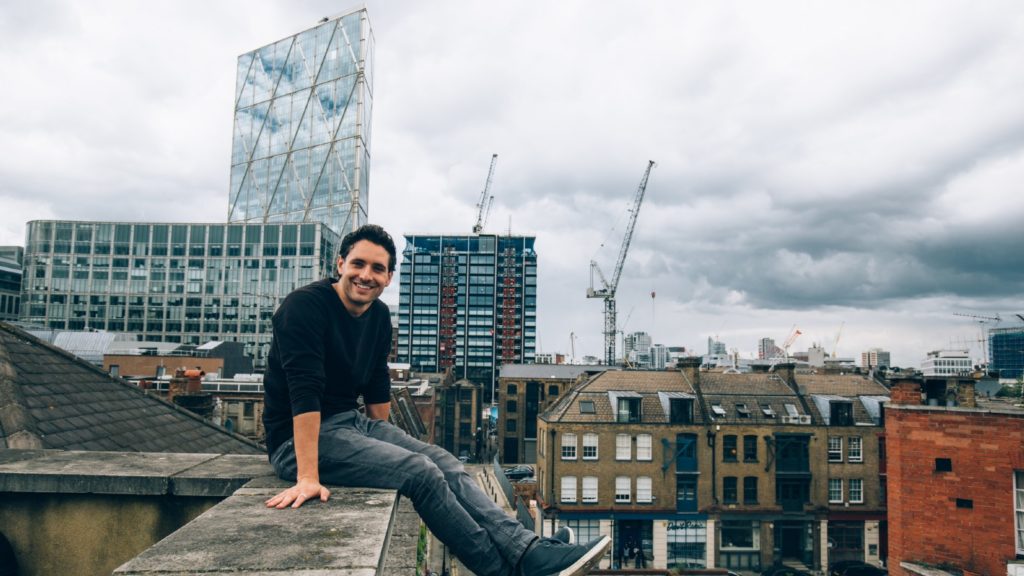 It was while sat drinking beer in a pub in Brighton that Kevin Jabou, then a student of product design at Sussex University, struck upon the need to keep drinks cool to the last drop.

So, as part of his degree course work, he developed a table which would keep a beer or soft drink cold.

With a £10,000 loan from his mum and a shift in focus to premium beverages such as wine, Jabou set out to commercialise his concept.

It took him seven years and 300 prototypes to create the patented Kaelo wine cooler. 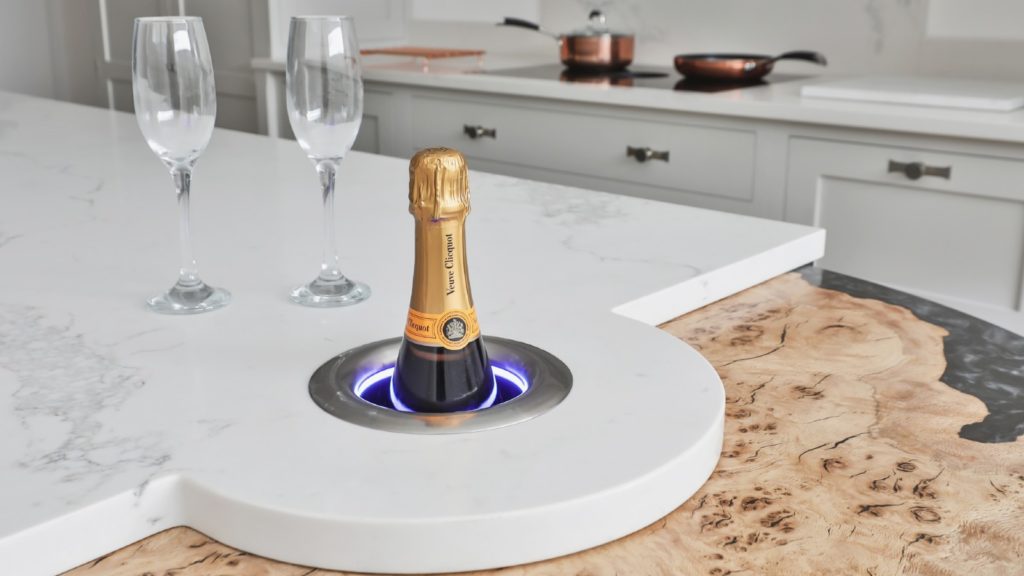 The electric wine cooler requires a 154mm aperture, is powered by a three-pin plug, and uses no more energy than a 60 watt bulb

By touching the crown, the dry chamber is operated to create a pocket of cold air to envelop the bottle.

It doesn’t require plumbing and is powered by a three-point plug, which is claimed to use no more energy than a 60 watt bulb.

Frequently installed in the kitchen – but can be fitted in living room, bathroom or even on a yacht –Jabou explains the reason for Kaelo, which retails at around £1,000: “How often do you drink wine and how often do you get a bucket out and fill it with ice?  People don’t generally do that because it’s a bit of a hassle.

“They spend lots of money on their favourite wines but when you take it out of a wine fridge, it’s only the first glass that’s at that temperature – what about the rest?

“That’s where Kaelo comes in; you can enjoy every drop of your favourite wine at the temperature you want.”

This attention to detail is even highlighted in its name. It combines the Japanese philosophy for “continuous improvement” – Kaizen – with the halo effect provided by the LED light, in the appliance crown, to form Kaelo (Kay-lo).

Moving from product concept to a global business was “serendipitous” exclaims Jabou, who found his first investor in 2017 while working as a temp in the same company. 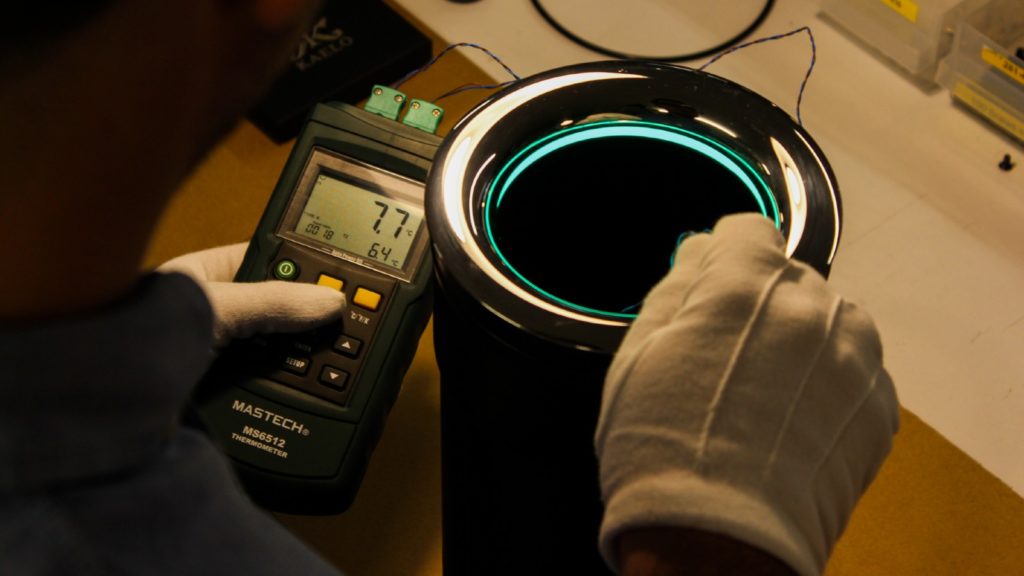 Jabou believes the appliance brands are similar as they are both inventors of a new category of product in the UK, and he is keen to mirror its success.

Now the London-based company, which manufactures in Cornwall,  has 10 full-time employees and is hoping to achieve a turnover of £400,000, this year.

Most recently, Kaelo has completed a crowdfunding campaign so it can invest in marketing and help raise consumer awareness. 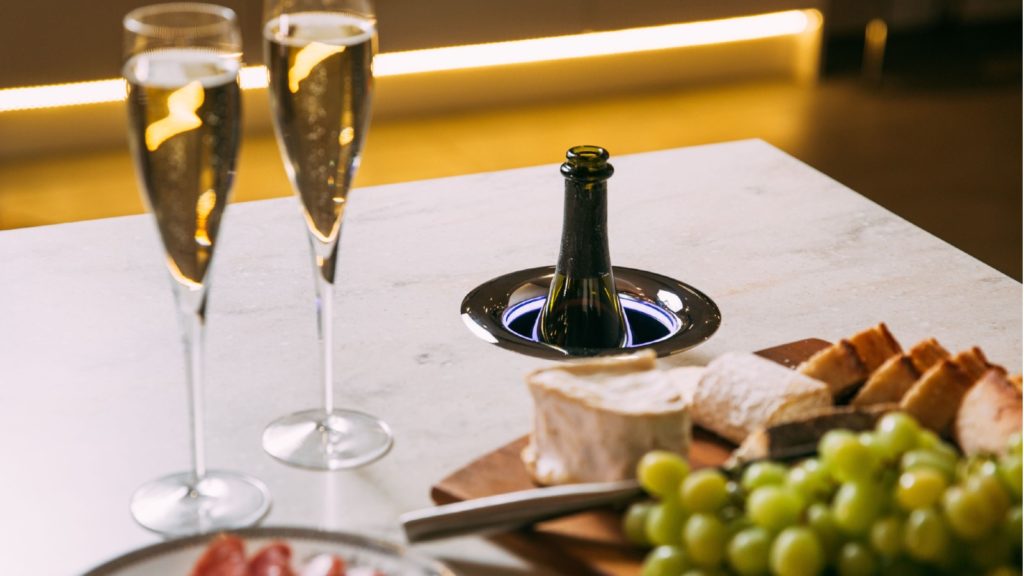 Jabou said he chose this route of investment as it remained true to the company’s grass roots.

“I’ve been doing this for 12 years and the people I’ve been working with have followed that journey. A crowdfund was the perfect way to get everyone involved and be part of it and share its success in the future.

“It’s also a beautiful way to bring on investors and have ambassadors around the UK.”

Such was the company’s crowfunding success it nearly doubled expectations, as Jabou continues: “We hoped to raise £500,000 and we managed to get £850,000. It was incredible.”

With some pre-investment from existing shareholders and members of its new management team, the campaign was open for 30 days and attracted some of Kaelo’s distributors and dealers.

Jabou explains what this means for the company and its support for its retail network: “This is the first time we have introduced Kaelo to consumers.

“Now they’ll be able to see it in magazines, see it on Instagram and go to the showrooms and request it. This is our first ever marketing push which is so exciting.”

And Kaelo has plans to grow its existing network of around 150 UK showrooms, as well as around the world, with distributors already established in North America, European countries and South Africa. 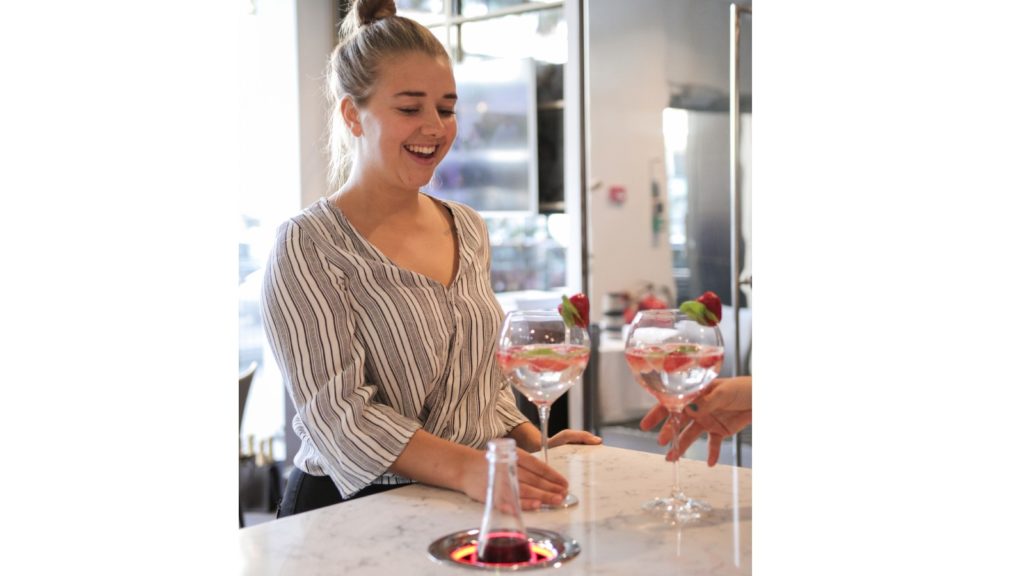 As part of this, the company will return to kbb Birmingham with a much bigger stand. Its previous stand was 7sqm and for the 2022 event it will be taking 55sqm of space.

Jabou commented:“We are putting a lot of money into kbb next year. We want to give people the experience of Kaelo.

“So we are not there to sell them Kaelo but to give them the experience of enjoying a cold drink in an environment, where people feel comfortable, because by doing that they will understand the value of Kaelo.”

And he says it’s achievable as Kaelo has no competition: “If you think about how many kitchen and bathroom dealers in the UK and then across the world – it’s just a drop in the ocean, really.

“And what’s good about Kaelo it doesn’t have any competition. It’s not like we’re competing against any other product.

“We’re not even competing for the space, because where you would have a Kaelo there’s no other appliance that would go there.

“So, we are just adding value into people’s home and designers’ kitchens and not taking away from anything else.”