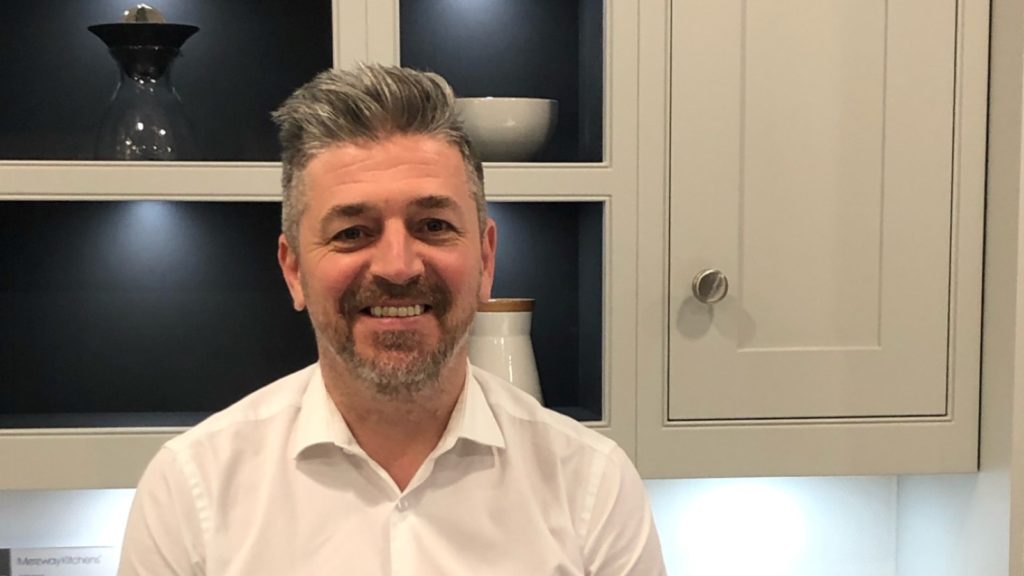 Q: How is business?

A: During the pandemic, we revised our forecast and expected to be about 20-30% down on 2019. But it didn’t manifest that way.

We are on par with 2019 for the first quarter of the year and it doesn’t seem to be slowing.

With the showrooms having re-opened, we are also getting new customers on board. So, it’s going far better than we originally anticipated.

Q: You were promoted to the role managing director during the pandemic, so what did you have to deal with straightaway?

A: During the initial months of the COVID outbreak it was about safeguarding the business.

Owners Bob and Richard [Norris] were very much involved in seeing us through those difficult months. During the first lockdown, we had a skeleton crew managing to look after customers.

Normally, you ease into the role but with the pandemic and then Brexit, it was a baptism of fire.

The saving grace was the directors and strong senior management team, worked as one cohesive unit and meant my transition wasn’t as difficult as it would have been if I was parachuted into the role. 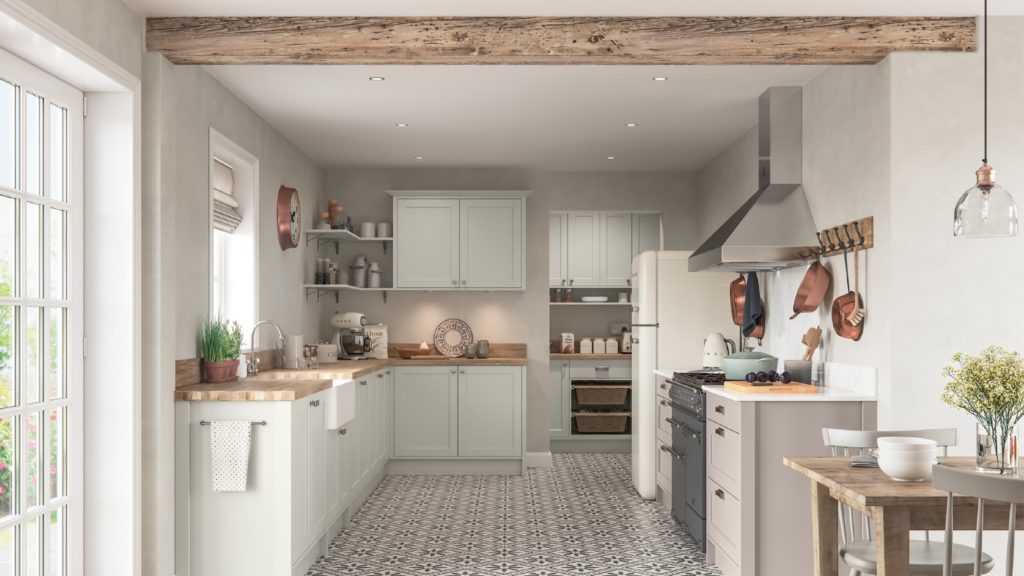 Q: How easy will it be to establish your own plans, while upholding the vision and values of owners Bob and Richard Norris?

A: The family values have always been at the heart of Mereway. I intend to continue with that because it is part of the core values.

I’ve been in the business now since 1995, so I’ve grown up, career-wise, with the same values.

Loyalty to our customers will always be paramount because that is how Mereway has always been run.

Q: Now you have some clear, blue water ahead, what are your plans for the business?

A: I’m in charge of the kitchens and bedrooms division and I’m going to build up the sales teams.

I’ve employed a business development manager for the bedroom side of the business.

I’m also looking to bolster the sales team on kitchens and making plans on how that will evolve over the next 12 months.

We are also looking to bring a new kitchen brand to market, Unity, in conjunction with another supplier, in July/August. 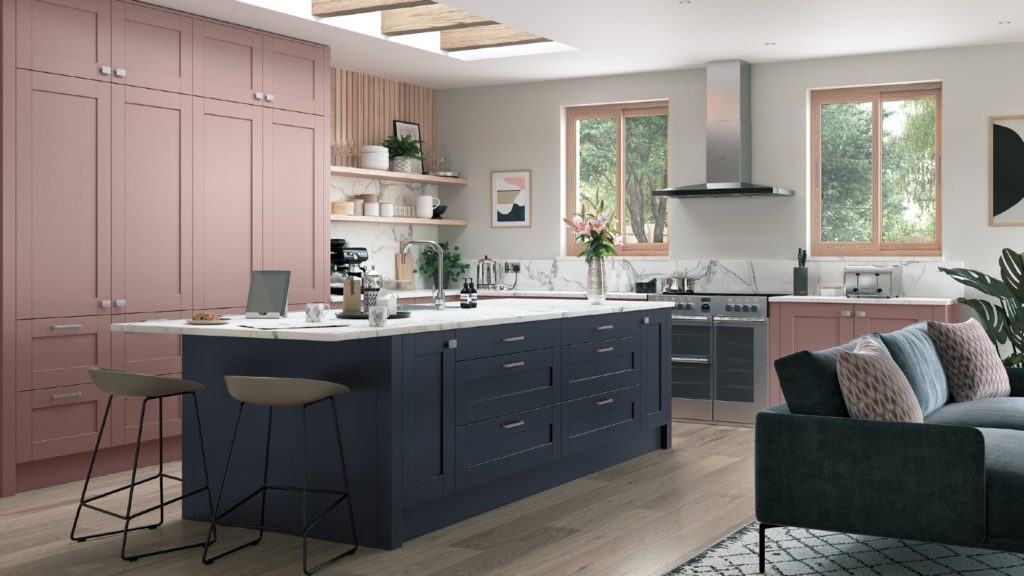 The mid-priced Unity brand features a Uform door on a Mereway Carcase, such as the Madison offered in Vintage Pink and Slate Blue

Q: Can you tell us more about Unity and how it fits with your current Mereway and Trend Interiors brands?

A: Mereway Kitchens is a full kitchen collection and is offered to independent retailers on an exclusive basis.

The Trend brand doesn’t have the same exclusivity and is made using a Mereway cabinet but using doors from other manufacturers. It is offered to independents but also fitters and builders.

Working in collaboration with Uform, we will be introducing Unity. The mid-priced brand will feature a Uform door on a Mereway carcase and will be sold using their sales force and our sales force, together.

Q: Why did you choose Uform and what is the advantage to both of your businesses?

A: Uform offers products we don’t sell. For example, Uform offer a replica in-frame and Mereway doesn’t because we’ve got our own genuine in-frame.

There is a synergy between the two businesses, both are family-run, and we think we can work very well together.

There are gaps in the market, which we can fill with Unity, that neither Mereway nor Uform can reach on their own.

There will be some existing dealers in the Mereway network who will take on the brand but we’ll be looking to target new customers.

Uform will have a good understanding of who they are because they have their own customers, which they can now offer a complete kitchen.

We’ll also be looking to tackle a lot of the German brands out there.

Of course, if it does prove to be successful, we will consider working in partnership with other door suppliers if there is a demand for it. 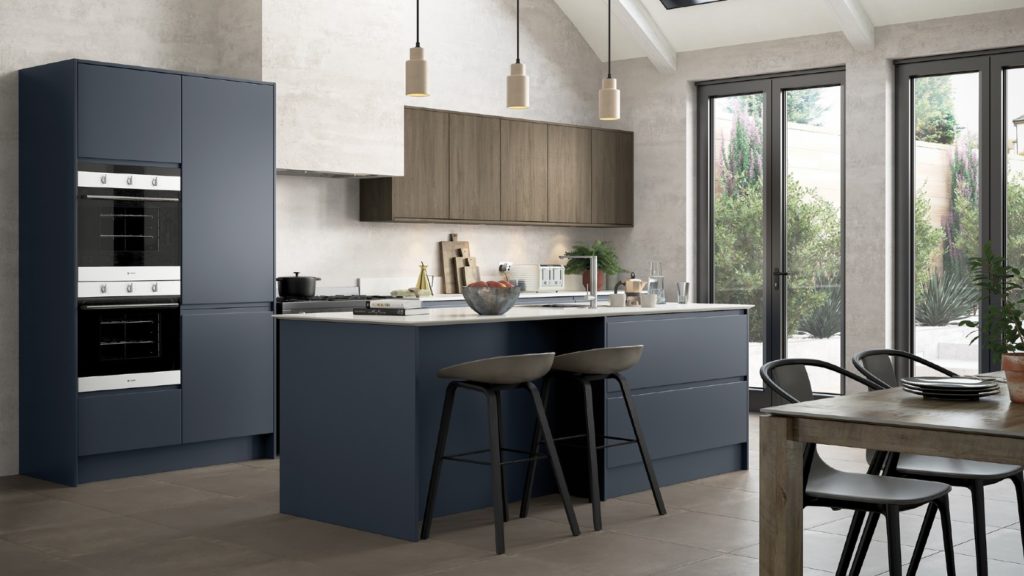 Unity has been designed to fill a gap in the market that neither Mereway nor Uform can reach on their own, including Strada in Matte Slate Blue and Rezana Espresso

Q: What are your expectations of the Unity brand?

A: It’s very early days but I would imagine within three years, with all things going well, it could be 10 or 15% of Mereway’s turnover and over time there’s no reason why that can’t grow to 20%.

So my plan, long-term, is for the brands to be £5million turnover. But if we get up to £1million in two years, I’d be happy with that.

Q: What are your plans for the wider Mereway business?

I’m looking at making the business more commercial. We offer so much more than other manufacturers, for example, Mereway offers 19mm cabinets and nobody else does.

Some competitors have 30 doors whereas Mereway has 50. We could streamline to remain competitive.

It’s about putting everything on the table but not rewriting anything, yet, because we are still going through the pandemic.

I think there’s lots we can do, to trim around the corners, but without having any impact on what we offer to our customers. 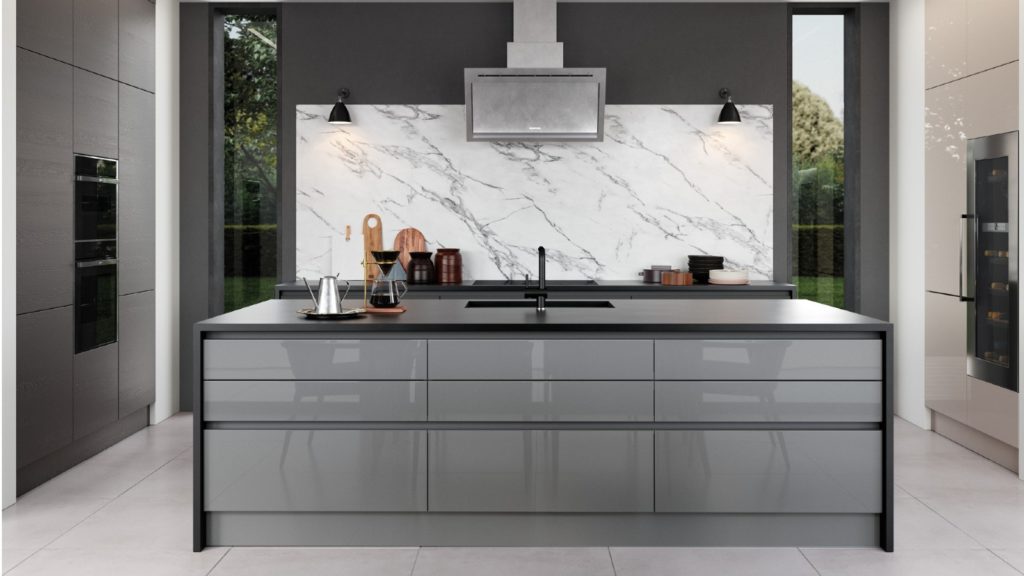 Within three years, the Unity kitchen furniture brand, including Zola (pictured) is hoped to be 10-15% of Mereway Group’s turnover

Q: Has being British been advantageous during this time of overseas supply challenges?

A: I would say so. If you take a lot of our continental friends, they’ve had to push their lead times to 12 or 16 weeks, in some cases.

There have been times when we’ve had to push our lead times out by a week or two but not very often.

We are seeing lots of customers wanting to buy British.

We also saw that through the last recession, to be honest. People start to look inwardly when things aren’t going well in the world.

We’ve moved some of our supply chain to British manufacturers, where we can.

But you can’t get away from the fact some of the products we buy in are from the continent.

What we’ve had to do is buy in bulk and double order in some cases.

There has been a huge increase in supply chain costs. Inevitably there will be increases we have to pass on to our customers because the amount of price increases we are seeing is unprecedented and we haven’t got to the end of it yet!

Q: What are your expectations going forward?

I think 2022 may be  a difficult year for the kitchen industry. I think a lot of people are going to wait until next year to go abroad on holiday rather than spend on their home.

Having said that, UK consumers have become used to investing in their homes and launching Unity, bringing in a business development manager for bedrooms and looking to expand more into contacts will hopefully give us the growth I would like.

Mereway has celebrated its 35th year of trading and during the past three decades has expanded from kitchen manufacturing into also making bathroom, bedroom and home office furniture.