Nicholas Anthony, in partnership with SieMatic, has refurbished its Wigmore Street, London. It has used its creative flair to create an incomparable studio, resulting in higher value projects

High-end retailer Nicholas Anthony, in partnership with SieMatic, has refurbished its London showroom. It has used its creative flair to create an incomparable studio, resulting in higher value projects 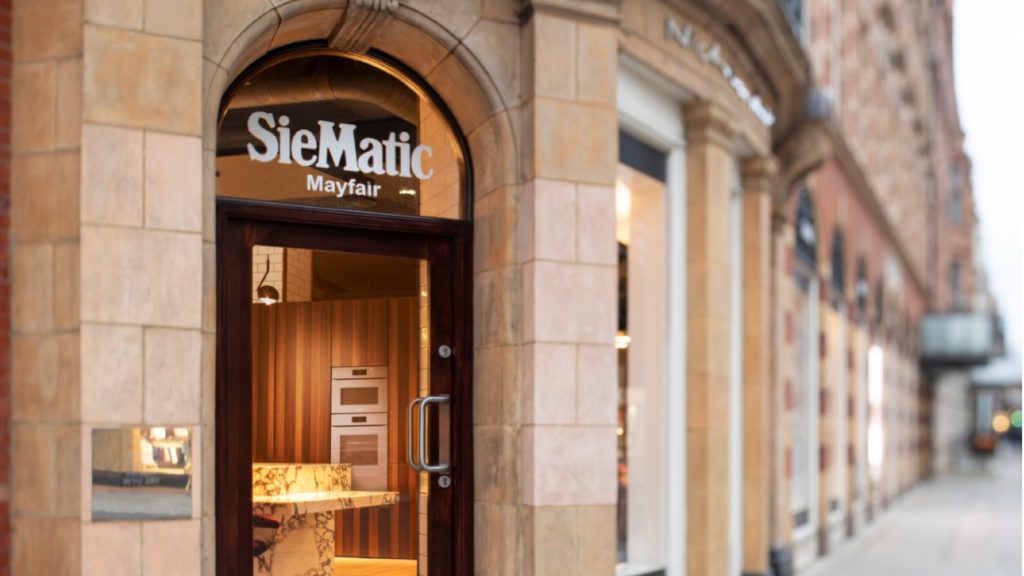 Created under the direction of Nicholas Anthony’s design director Niko Rasides, with SieMatic, the space has been created to appeal to emotions and for the kitchens to be more than a sum of their parts, with a focus on homogenous living space.

It brings together the team’s skill for creating interiors, with the German manufacturer’s furniture quality, which has resulted in an incomparable studio and higher order values for the company.

It was during the lockdowns, Nicholas Anthony made the decision to refurbish its showroom and invested £500,000 into the project, which took 10 weeks to complete. 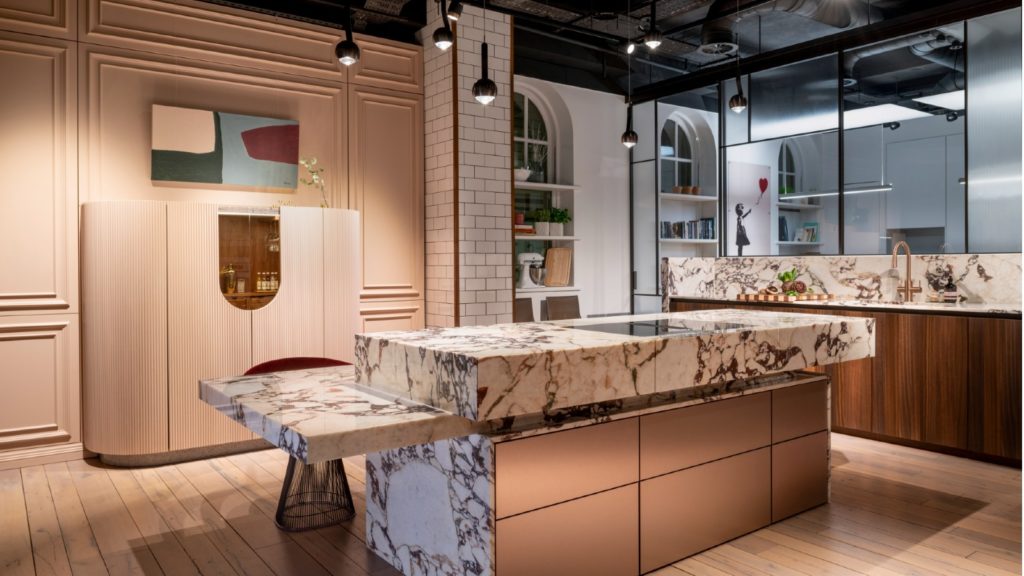 Speaking at the launch event, managing director of Nicholas Anthony Tony Nicholas commented: “I’m very proud of my team and our association with SieMatic and what we’ve delivered here because, obviously, it has been done in very difficult times.

“We took the decision you have to continue to invest in your business, so we’ve had a major revamp.

“The investment from Nicholas Anthony, alone, was over £500,000 and we’ve had a lot of support from SieMatic to make this work.”

He continued: “What we are really proud of is that we have created an atmosphere in the showroom that reflects London. I think what London needs after the hard times we’ve all experienced is more emotion, more comfort and a homeliness about the interiors we produce.”

Styled for the premium market, design director of Nicholas Anthony Niko Rasides explained the Wigmore Street showroom has been created so the kitchens elevate consumer lifestyles.

However, he stated this is not at the expense of practicality, adding: “There is a very thin line between practicality, beauty, and how you combine them together and balance them out.

“This showcases the ability, the vision of what we can do. But we are not limited to what we see, here, we are far beyond that.”

In fact, managing director Tony Nicholas stated it was the skill of his design team which had helped create the ‘emotion’ of its London showroom. 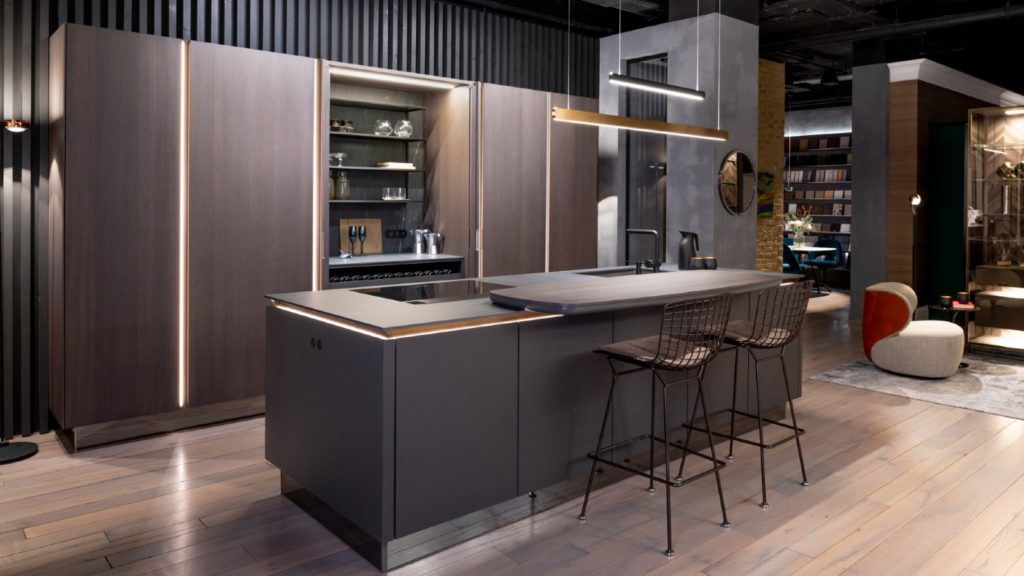 The business now has four showrooms across the South of England, including Wigmore Street in London.

Tony Nicholas commented: “We’re going to roll out this philosophy to the other design teams in Ascot, Cambridge and Colchester. They will be a little diluted to what London does.

“The kitchen has always been an important part of the home but now, more than ever, it has to be about the consumer.”

He says the design of the showroom space has been a purposeful move away from a traditional store, commenting: “We have encouraged all of our design staff to visit the showroom. A lady from our accounts department, Caroline, who has been with the business for ages, said ‘I’ve visited the London showroom’ and when I asked what she thought, she hesitantly replied ‘It was more like going into a furniture store or an interiors place, it wasn’t like a kitchen shop’.”

He laughs: ” I said ‘Thank God, that was absolutely deliberate’.”

He exclaimed the kitchen industry has been guilty of breaking down projects into constituent products.

“We all say ‘look at this beautiful kitchen, it’s a so-and-so cabinet, Silestone worktop and Miele oven and we harp on about the commodities.

“So, the uninitiated think if they buy all the materials that’s what they’re going to get”, exclaims Tony.

“But what we bring to the table is to deliver a best in class service which includes design, technical specification, procurement and product knowledge. That’s what we do.”

Using the creative flair of the design team means Nicholas Anthony has not only created a stand-out showroom but has also made it difficult for consumers to directly compare its work against competitors. 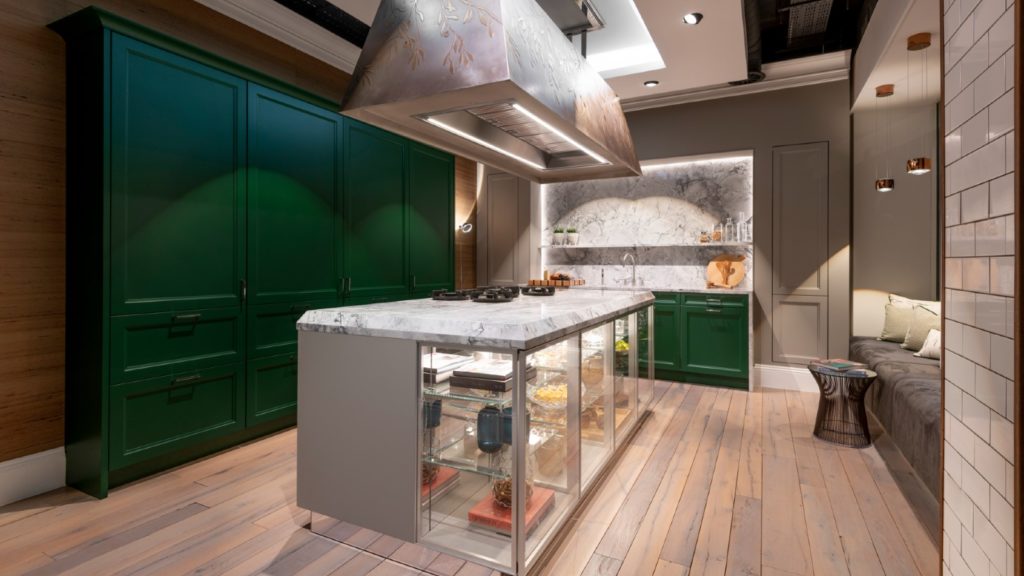 “I doubt you will get someone to achieve it in any other SieMatic showroom in the world”, says Tony.

“The design on the canopy is a total one-off, and what we will say to clients is we’ll do a design for you and that will never go to anybody else.”

The refurbishment has also helped increase the average sales order, as Tony comments: “Every time we design a kitchen, now, we sell the lighting with it.

“What we’ve trained the staff to do is integrate lighting, bar stools etc into the scheme from the outset.

“Then if a consumers question £10,000 of lighting, you can say ‘you love the atmosphere here, that’s enhanced by the lighting, would you like to take it out?’”

Being rightly proud of the company’s bravery to invest during one of the toughest times in business, Tony admits it hasn’t been plain sailing and he isn’t exempt from challenges facing the industry. 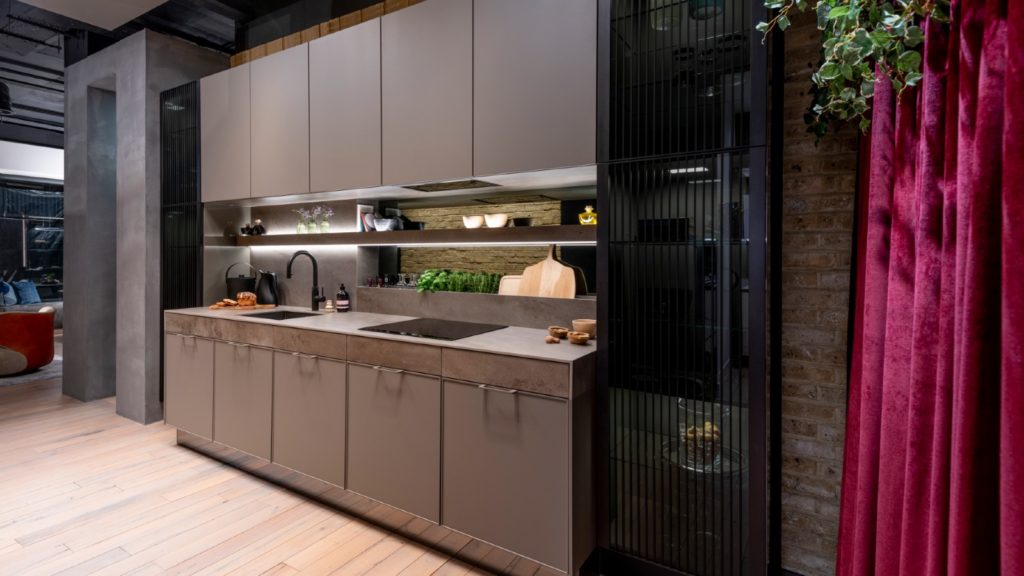 Supply chain disruption and price inflation are still creating some challenges for the company.

“The abuse my operational staff have got from some people shouting, as if that’s going to make their oven turn up quicker, has been a nightmare”, he exclaims.

On top of long lead times, one of the designers has a large-scale order for £150,000, with the client wanting to place the order with delivery of the kitchen in March next year, but the retailer cannot get a price on costs.

“Manufacturers just don’t know what the next cost of the raw materials is going to be. So you end up in a dilemma, if you don’t trade consumers will go and trade with someone else. But you could end up doing a kitchen for nothing.”

And alike many in the kbb retail sector, despite being one of the most established and recognised kitchen businesses in the UK, Nicholas Anthony is “desperate” for designers.

Although having taken on young people, Tony highlights the time taken for them to reach the Nicholas Anthony standard.

But it is this demand for standards, which Tony says has secured the company’s continued success.

“I’ll accept if anybody says we’re expensive. Yes, we are”, he says “but our people have to go through a minefield of cross referencing and checks before our order office accepts a design.

“There are always going to be issues, from transit damage, manufacturing faults and things like that, but what I draw the line at is we don’t want to design our own problems in.”

He concludes: “That’s why we’re still here. We’re a family business but we’re still showing a few people how it should be done.”