After three years of development, Irish laminate worktop manufacturer Topform has undertaken the largest décor makeover in the history of the company. 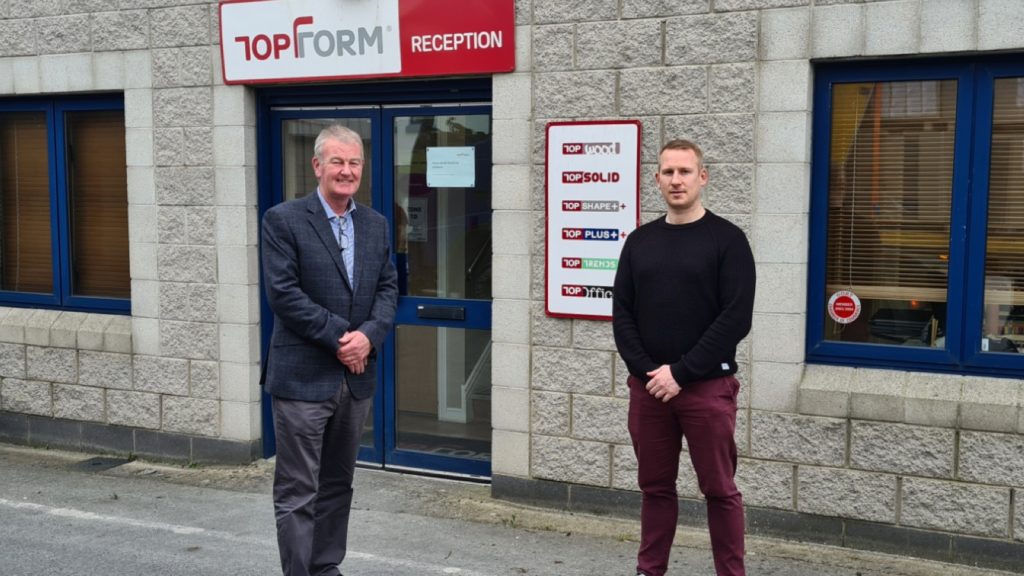 It has added 18 new decors to its range, spanning a choice of textures from matt through to woodgrain, stone and pearl.

These are across its Topshape brand of worktops which has been reorganised into Urban Stone, Wood, Italian Marble, Quartz and Terrazzo categories, to meet the tastes of discerning consumers.

In addition, Topform has invested in new CNC machinery, as well as a website redesign to coincide with the launch.

It all forms part of a continual investment programme by the company, as managing director Paul Glynn explains: “The bottom line is we’re not happy unless we’re growing somewhere between 12.5-15% per annum.

“We need to double our company’s size every five years and there’s an investment programme to allow that to happen.”

Its journey has included investing in laminate worktops as a sector, to revolutionise and reinvigorate the market. 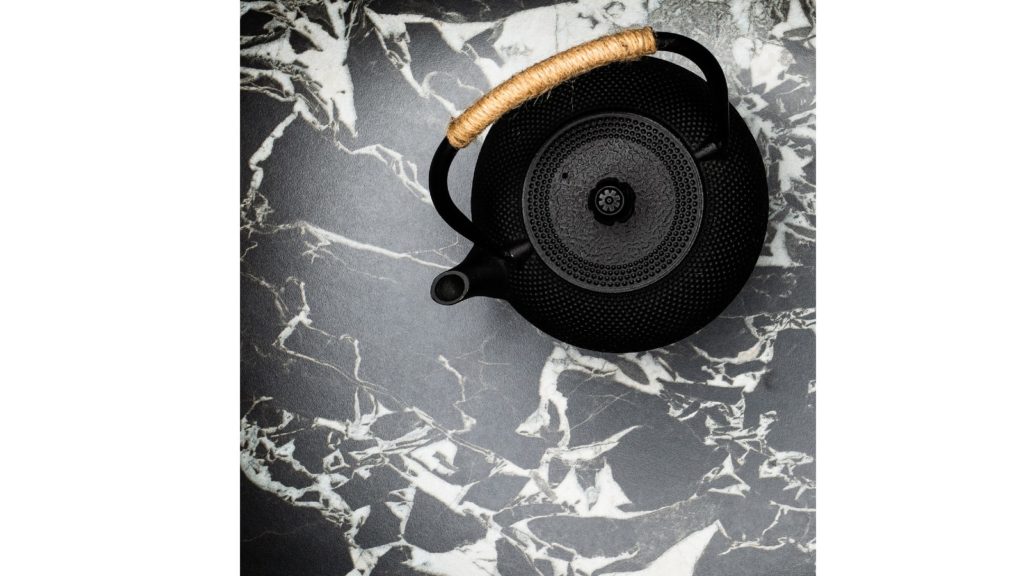 As part of its largest décor makeover, Topform has segmented its ranges into Urban Stone, Wood, Italian Marble and Quartz and Terrazzo. Pictured is Black Marble from the Italian Marble decors

Paul Glynn explains in 2007 the company conducted a consumer survey and found 99% would like to buy a granite worktop.

Glynn reports the survey was damning for laminate worktop sales: “We ended up saying our customers hate laminate. They buy our product demonstrating their poverty. But it led us to fundamental thinking and that hasn’t changed – we better do something urgently about laminate worktops in the sector.

“We’re a small company of £10million turnover but we found ourselves in the leadership position because we took to heart the survey findings saying our customers didn’t like laminate. We asked what we could do about it and could we reinvent it?”

Glynn said the solution had to be holistic, not only consumer-driven but suiting the fitter and distribution channel.

Having been unimpressed with the latest offerings from its laminate supplier, Topform decided to seek out new décors, textures and aesthetics to meet the changing tastes of consumers. 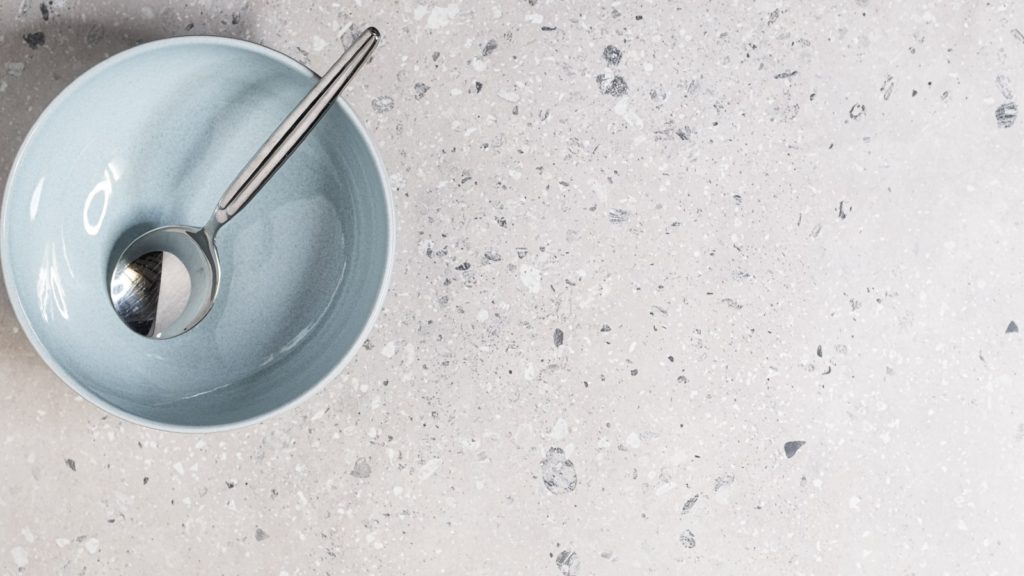 Concrete is featured in the Urban Stone line-up. It has a matt texture

Glynn commented: “I had to trawl the entire world for new sources for innovative product for my customers and we use the phrase – even today – ‘We’ve travelled the world, so you don’t have to’.”

He also points to the transformation of the traditional bullnose profile, stating Topform was the first company to mass produce a square-edge profile, commenting “it was a shift change to either go big or go bust”.

Having created profile groups of consumers – 7 in total – it formed its portfolio around the tastes of these segments and that continues to this day.

However, the company was also conscious laminate worktops needed to match the need of the industry, as well as the consumer.

As Glynn comments: “The kitchen retailer is the expert and a trusted source who will determine the final products, providing those products are fit for that consumer”.

Topform found kitchen retailers and fitters were constrained to standard sizes of 600, 670 and 900mm blanks and so were unable to use laminate for larger islands.

“We created a variety of sizes for an island unit which you could buy out of a box in 2000 x 900mm and 1240 x 910 mm – sizes agreed with industry experts – that could give a variety of solutions in a laminate.”

And the panels were produced double-sided so they could be used for worktop waterfall ends, shelving, encasing units or other design features.

Certainly Topform is a success story as the company is once again a finalist in the Exporter of the Year and now Manufacturer of the Year categories at the SFA Awards. This follows on from receiving Business All Star accreditation for being customer-centric. 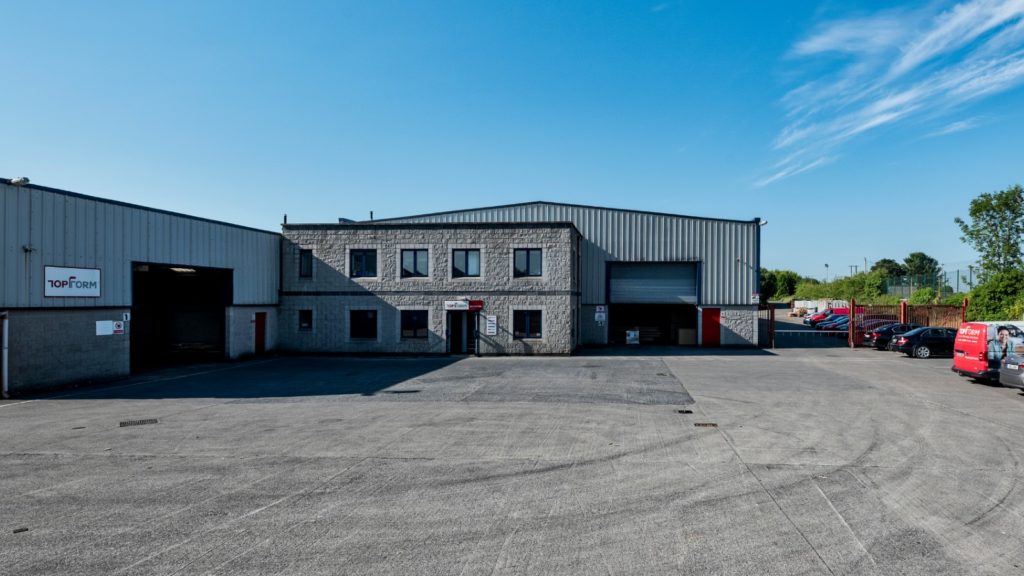 Established in 1976, the company established a factory in Shannon manufacturing postformed laminate worktops before moving to Gort 12 months later.

And its achievements can also be reflected by the number of trade partners it works with, including 1,100 showrooms in Ireland and a further 350 in Great Britain, through Deralam.

But Topform is firmly focused on growth. Glynn states: “We simply don’t have enough resellers in the UK. We would like to see a 50% growth in turnover the UK over the next 12 months.”

And the company believes it is achievable, particularly following the upturn in business after the first lockdown. “Accountants and economists were forecasting complete Armageddon in April 2020. They were largely looking at a huge number of employment, a huge number of market disruptive factors. So we were expecting complete collapse of the markets. We couldn’t have been further wrong”, says Glynn.

He continues: “We actually saw the busiest growth period in the last six months of 2020 ever in the history of our business. We saw a growth of 27% over the same six months in the previous year.”

And Glynn believes the longer-term impact of COVID on the design of kitchens, which now require home working areas, will further benefit laminate sales. 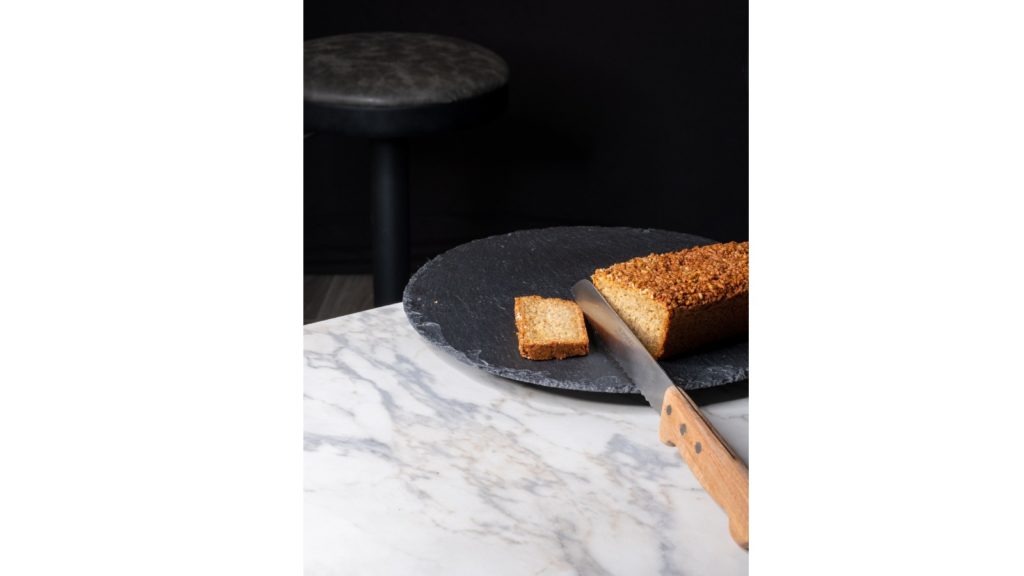 Topshape worktops, which boast a square edge profile, now include Milan Marble with a matt texture

It seems Topform has been successful in transforming the humble laminate into a desirable material and to buy the product by first choice. 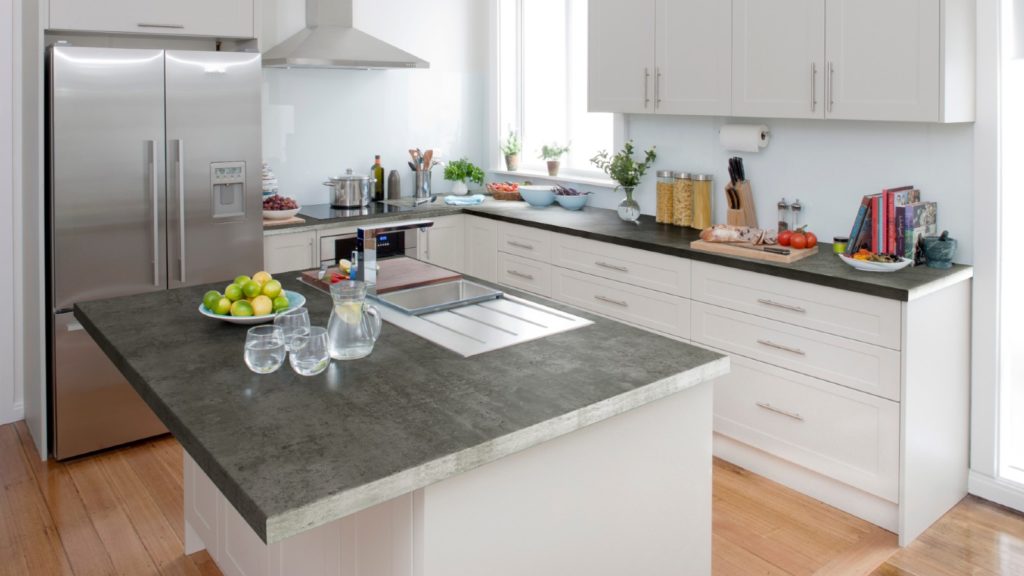 Boasting a Slate-effect finish, Mourne Slate has been added to the Urban Stone range of decors

But Paul Glynn concludes: “You know that consumer survey, where we thought our customers hated laminate in 2007?  I bumped into somebody 10 years later and I told the same story and he said you totally misinterpreted a market report.

“Ask a consumer what car they would like and they’ll never say a Ford Focus. They may say a Ferrari or Bugatti, but how many of those are sold? Do not misinterpret aspiration with final purchase. You were never damned in 2007. You got the results wrong.

“So, it’s a happy accident we became motivated to revolutionise laminate. But it didn’t do us any harm.”