Completing its expansion into a neighbouring mill, it could see the luxury cooker hood manufacturer triple production

British luxury cooker hood manufacturer Westin has completed its expansion into a neighbouring mill, which could allow the company to triple its production capabilities at the site 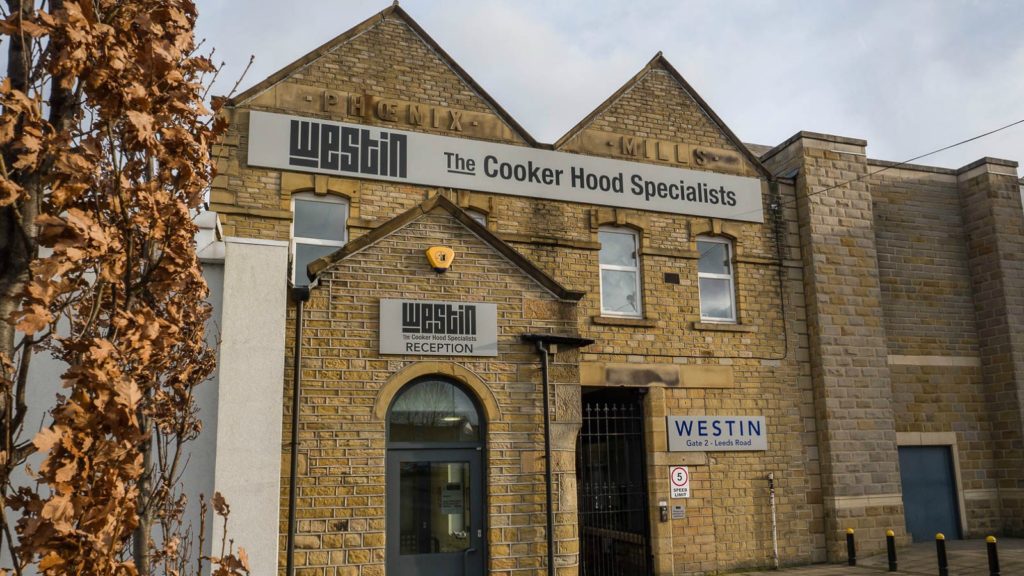 Founded in 1921, WS Westin has occupied the same site for nearly a century and had outgrown the premises

As British as Big Ben, taking about the weather or a cup of tea, WS Westin was founded at Phoenix Mill in Huddersfield by Walter Stanley Westin in 1921, and there it has remained for nearly a century.

The business has changed dramatically from its origins, making hammer copper chimneys for fireplaces, to become a luxury kitchen hood manufacturer for top-end showrooms, including Harrods.

And its premises have radically altered, too, with the company having recently completed an expansion into a neighbouring mill, increasing its property size by 22,000sqft to 77,000sqft.

Sales and marketing director Ann Onions explains prior to the mill acquisition there was “always an intention to sell and move somewhere else” with plans to sell the original mill to a retail development.

But when the chairman John Eastman bought the business 25 years’ ago, the focus of the business became surviving the 90s recession and the financial crisis in 2008.

It choose to invest in manufacturing instead, with lean processes and laser-edging machinery. 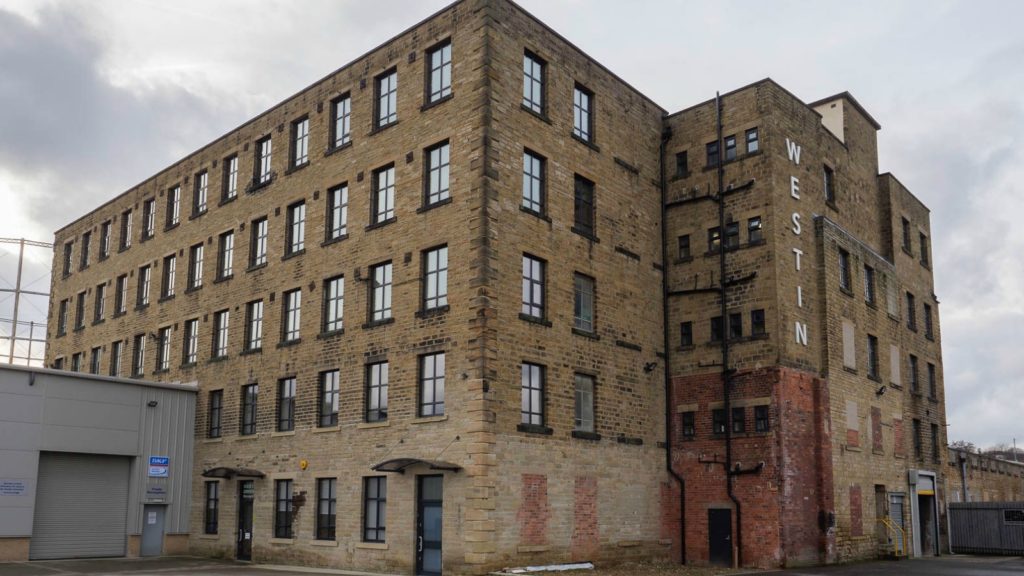 But having outgrown the original premises, it became a necessity for the company to seek larger premises and it acquired the Grove Works mill. Group managing director of Westin Ian Sheppard explains: “We had completely outgrown the office area. Similarly, with manufacturing, until we purchased this place, we were looking at offsite warehousing and this place came up at the right time.”

In addition, the new premises now offer its own internal test facilities, allowing Westin to test its extraction.

Having acquired the mill at the end of 2014, the three storey-building was gutted and completed two floors in 2017.

The final phase of expansion, offering meeting rooms and office space was finished this year, with a showroom to be completed. 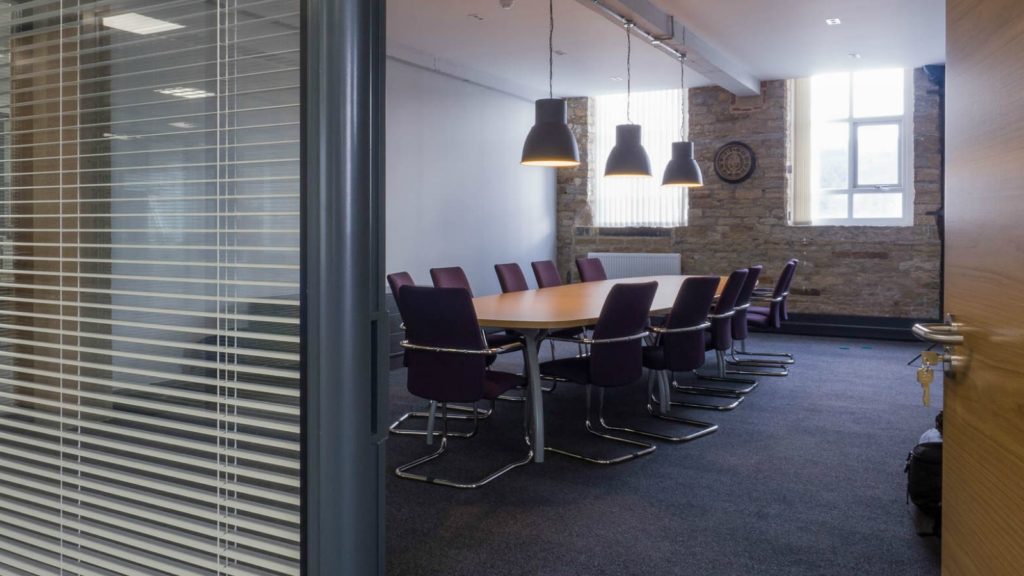 It may seem an odd time to invest, with uncertain backdrop surrounding Brexit, but Westin reports the company is “slightly up” on last year.

Ann Onions says being a British manufacturer had helped: “Being the only UK manufacturer of cooker hoods, our prices have been fairly stable and we haven’t had the hikes that other companies have had.”

She points out it has helped sales at the entry price point of the brand, its built-in units, adding: “It’s made them more appealing in the market because it’s now a more competitive price than it was. So we have seen a gain in business, there.”

And in fact, she believes the greatest impact of Brexit on appliance sales has already happened, as Onions explains: “The B word has now become boring because nobody knows what’s happening – but the uncertainty has been there for so long, I can’t see that it’s going to get any more uncertain. 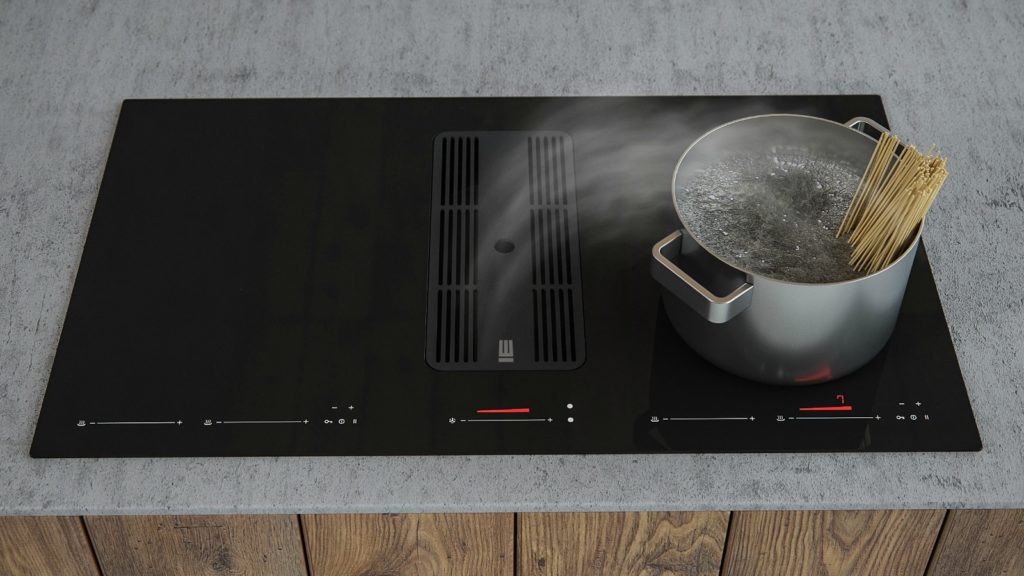 The boardroom will shortly be joined by a showroom, to showcase its manufacturing capabilities in cooker hood

Despite not being able to demand swathes of kitchen showroom space as the manufacturer is a cooker hood specialist, rather than an appliance generalist, Westin does keep the doors open for all kitchen showrooms to trade with the company.

“Because we are a cooker hood company, we can’t go to a retailer and say you need to put five cooker hoods on display.”

And Ian Sheppard re-iterates his point, explaining his frustration about competing with generalist appliance manufacturers in-store: “They demand a certain amount of turnover. They demand showroom space. There are many customers and potential customers who would like to display a Westin but they are forced into displaying other manufacturers.”

But Onions adds it means the company has to works in differing way to appliance competitors and say it is happy to serve all retailers who want a Westin hood, adding: “There are some kitchen companies where the average price of a kitchen is £15,000-£20,000 and then suddenly they do a quote for a £50,000 kitchen.

“We don’t want to stop that retailer putting in a Westin hood because they are not in that market all the time.”

She also cites the company’s efforts in helping retailers choose the optimum extraction for their kitchen schemes, saying: “because retailers have to know everything about everything range cookers, coffee machines, workstops, handles etc, they can’t be a specialist in all of it.

“So we try and say to them, what you need to do is send the information to us and we’ll come back with the best solution. No other appliance manufacturer is doing that.”

She continues: “It’s not just about the pre-sales service but also the after-sales care. We’ll send an engineer, even if you had a cooker hood from 25 years’ ago and you need a new motor.

“We come up with the best solution and best aftersales service.”

This different approach to sales and service is also echoed in the designer of its hoods, as although it offers standard models, many are tweaked to suit individual projects.

And these modified hood designs are joined by completely bespoke concepts – any shape, any size and in any colour.

In fact, it is the bespoke capabilities of the brand which have helped the company refine its standard offer.

We got lots of people asking if we did smaller top boxes as a special – so now we have a standard product where if you don’t know which way the joists are going – it will still fit.

“I think having bespoke helps us innovate and find out the next solution.”

So what are the biggest opportunities for Westin? Ann Onions believes it will be launch of powerful built-in units into furniture.

She says the company had a has a popular model,but due to EU legislation, which limited extraction to 650m3/h, they had to stop selling it.

However, Westin has now sourced more energy efficient motors, and Onions believes sales success of this model will now follow.

She continues: “If they ever go down that route, which may be a long way off, then that’s the major threat I see.” 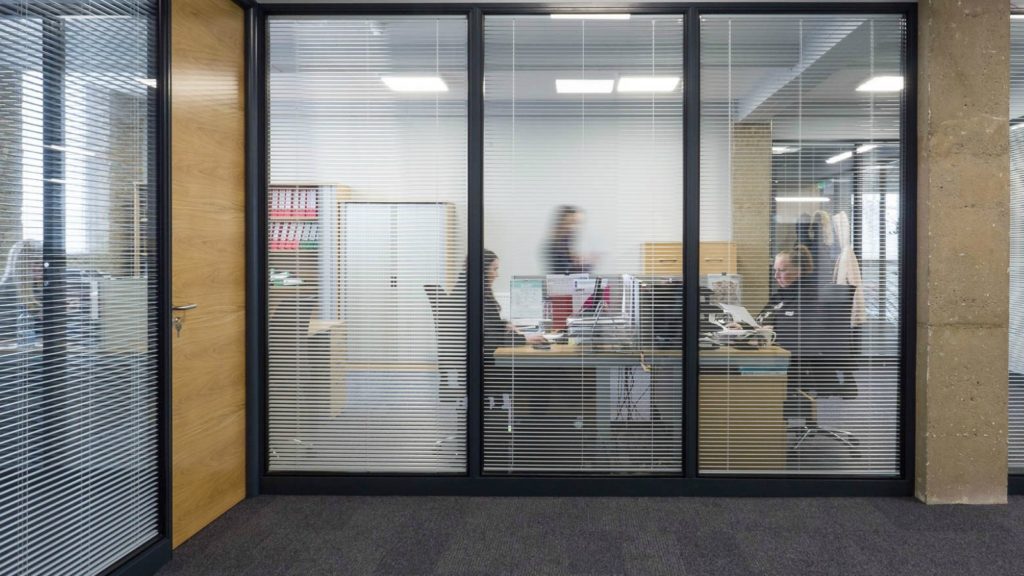 Certainly, the business has shown its ability to adapt and evolve over the past 100 years, and with its newly expanded premises, it will continue to buoy the company’s future.

In fact, Ian Sheppard believes it has already made a big difference to Westin, adding: “More than anything else. it’s a statement of where the company is and the customers that we sell to.

“It really is just kitting us out, not only from where we are, but where we need to go to.”

And the new premises will allow the company to triple, as he concludes: “As far as the manufacturing facilities are concerned, we are only working on one shift. So if we want to ramp up production we can.

“We have a turnover of about £5million and it could grow to at least double that, at this premises, and there is the potential to go up to triple that in terms of manufacturing capabilities.”

Westin exhibited at kbb Birmingham in 2018 and will be returning to the event in 2020.

Bathroom Brands | “One of the shifts has been acceleration of digital”

Roca | “What you’ll see is Roca being more dynamic”

NEWS: Kitchen and bathroom suppliers must tell their customers the truth about stock issues, urges MD of @caple Dan… https://t.co/D5QenXbATj

NEWS: Over half of UK adults want a quieter home, reveals @QuietMark in its National Noise Report.… https://t.co/19V1ZlPunc

Looking to bring modern elegance to your bathroom? Crosswater has made style and function easy with their Glide II… https://t.co/zECjM3eb8Y

COMPANY PROFILE: We talk to the MD of Classic Marble Christopher Hackett about the development of its patented anti… https://t.co/UAYCJveNRA

Launch of #SituLive retail experience at Westfield in London, described as a playhouse of brands. https://t.co/bpSmA0184y