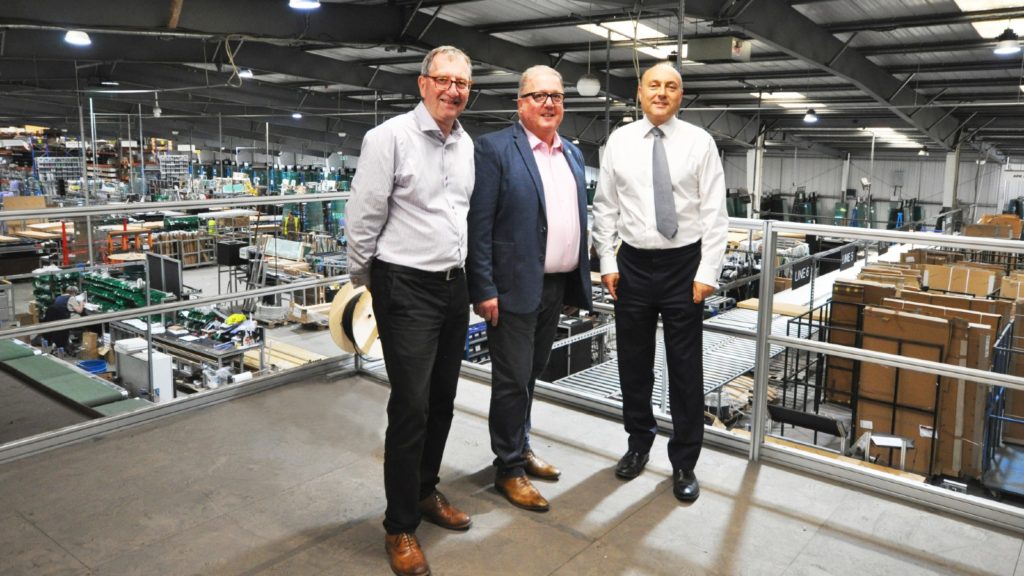 The visit involved a tour of Roman’s 400,000sqft manufacturing facilities, including the company’s three factories, showroom and testing facilities.

It also has subsidiaries in Ireland and Malaysia and has supplied products for projects in 72 markets worldwide.

In fact, Roman has recently won the Queen’s Award for International Trade, for a second time, for “significant” growth in the UK market and “strong” growth in international markets over the past five years.

CEO of Roman David Osborne commented: “It was an honour to meet the newly appointed Export Minister and for him to take the time to visit our headquarters for a factory tour and a discussion on our international business.

“We were particularly keen to get an update on the progress with accession to the Trans-Pacific Partnership (CPTPP) which is crucial to the development of our international trade.2

Export Minister Andrew Griffith added: “It was great to visit Roman’s headquarters in Newton Aycliffe and see first-hand the fantastic work they are doing creating innovative products sold around the world, supporting jobs and economic growth.

“This government’s support for British exports and new Free Trade Agreements with more than 70 countries means businesses can benefit from exciting new opportunities across the world.”

Home renovation spend up 36% with kitchens most popular