Geberit teams up with celebrity for My Confidence campaign

Bathroom manufacturer Geberit has announced its collaboration with TV personality, actor and comedian Richard Blackwood, as part of its ongoing ‘My Confidence’ campaign. 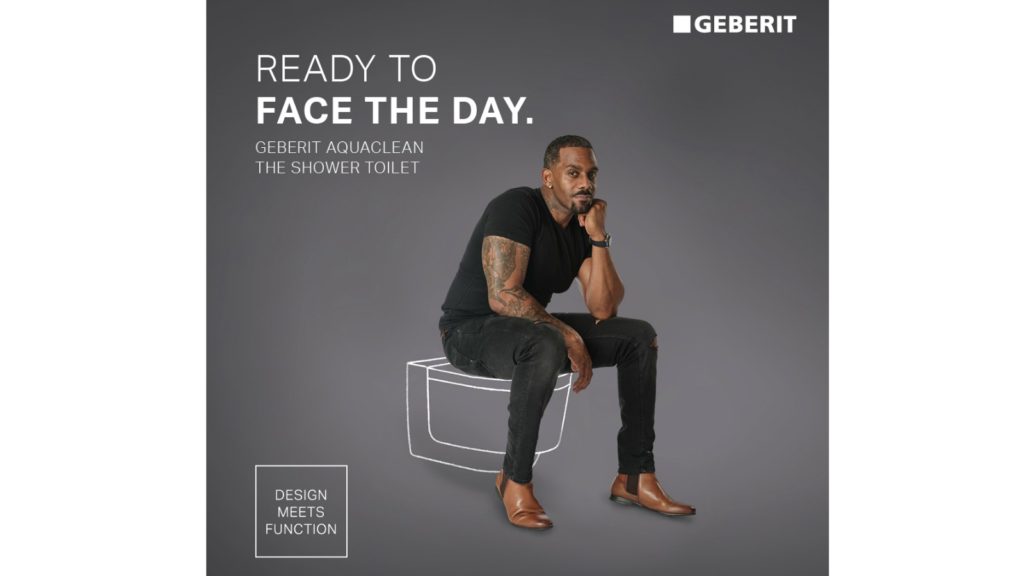 The Swiss brand has teamed up with the much-loved celebrity to break the ‘loo taboo’ and change society’s preconceptions of using a shower toilet by highlighting its benefits.

Inspiring consumers to focus on their own wellbeing, starting in the bathroom, the ‘My Confidence’ movement aims to raise awareness of washing with water as a part of daily personal hygiene.

The partnership – which follows the launch of the latest model in Geberit’s AquaClean shower toilet range, the AquaClean Sela – will see Richard Blackwood star in a series of adverts.

He will also appear in light-hearted interviews exploring what wellness, health and happiness means to him.

Consumer marketing manager of Geberit Holly Aspinall said: “We are delighted to announce Geberit’s partnership with Richard Blackwood as the new face of our My Confidence campaign.

“Richard is the perfect ambassador to front the movement in washing with water, as he shares Geberit’s passion for wellness and truly lives and breathes the modern wellbeing movement.

“Our mission is to spread the cultural realisation that washing with water is as natural as taking a daily shower. The AquaClean offers that fresh ‘out-of-the-shower’ feeling at the simple touch of a button” she added.

Geberit took its Aquaclean WCs on tour during the summer with a toilet trailer offering bathroom facilities for festival VIP areas.

Samsung shares “Better Normal For All” vision at CES