CEO Yannick Fierling said: ""We want to be the first consumer choice for smart homes in the future."

CEO of Haier Europe Yannick Fierling announced the company’s intention to be in the top three appliance manufacturers for the European market “in the coming years” at IFA 2020 in Berlin. 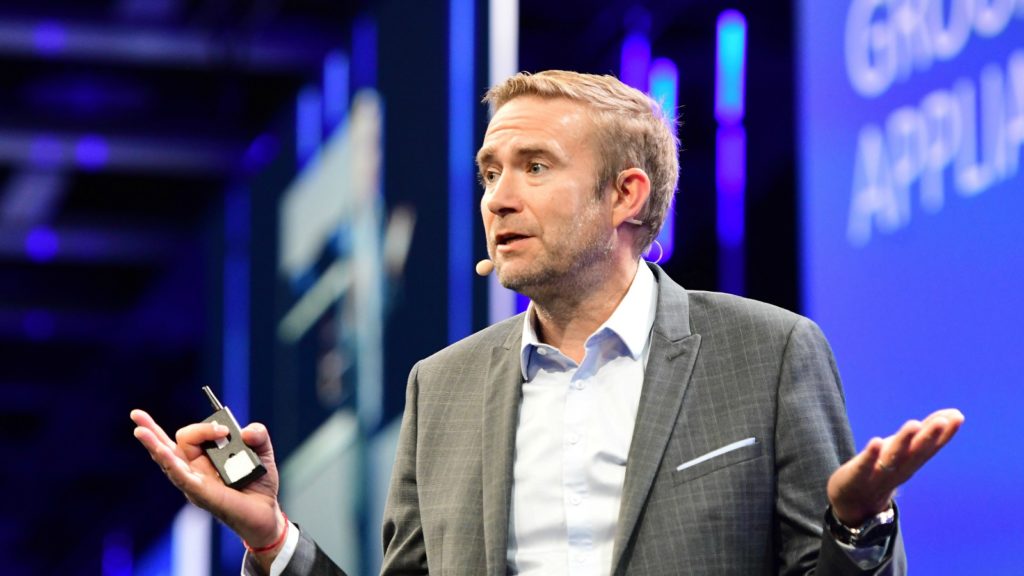 He stated: “We want all our products to be connected by 2023 and we want to have 10million registered users, in terms of connectivity.”

Yannick Fierling said for the fourth year in a row, Haier has been named the biggest appliance group in the world, with a market share of 15.7%, adding: “We are number one in several product categories.

“One washing machine, one fridge, one freezer, one wine cellar out of 5 in the world is a Haier product.”

The Haier Group includes Haier, GE, Fisher & Paykel and most recently the Hoover Candy group, which it acquired in 2019.

And he pointed to the growth following the acquisitions: “Our market share has been growing by more than 6%. We have close to 7% market share today and we are number 5 (in Europe).”

He exclaimed the company has a leading position in tumble dryers in France and in the UK, and since 2019, the group had grown by 12% in cooking, reaching 4% market share and also increased sales of refrigeration by 5%, meaning it had close to 8% market share.

To cater for this growth in sales, Haier also announced plans to open two new factories in Europe by 2021.

In the first quarter of 2021, the group will open a dryer factory in Turkey and a plant in Romania to manufacture cooling appliances, at an investment of €50million.

Fierling explained the company has a focus on the end consumer, which would further be enhanced by its IoT ecosystem: “What is making Haier different from its competitors is the focus we are paying to our end consumer.

“We want to offer a unique experience (not a product) to the end consumer which will be aligned with his expectations and needs. Artificial Intelligence will help us dramatically in this respect. We will be learning more about the customers.”

And he stated: “We want to be the first consumer choice for smart homes in the future.”

Haier has invested €60million in smart homes in China and Fierling said it has more than tripled its number of connected users, finding nearly a third (27.5%) buy a suite of connected appliances.

Fierling stated: “We launched more than 50 new products in 2020 which are connectable. We will be entering, in a stronger manner in the coming months, in the world of IoT, experience and eco-system.”

As part of a continuing move into connectivity, Haier has launched an application – Hon – across its Hoover, Candy and Rosiere appliance brands.

However, it is an open platform and can be used to control all smart appliances in the home

Fierling explained this as “zero distance to the end consumer.”

He continued: “We are able to develop the next generation of product depending on needs and habits in their home.”

The findings were used to develop its latest appliances launched at IFA 2020, which featured Artificial Intelligence and were compatible with its Hon application.

These appliances included the Nova washing machine for Candy, alongside “the first cooking range on the market with AI”, as well as connected wine cellars for the premium Haier brand.

Fierling concluded: “We have been, in Europe, the fastest-growing company in 2019 post acquisition. We are starting with a promising 2020, as well, despite the environment.”

Stelrad to float on Stock Exchange