He has 25 years’ experience in sales and has developed three businesses from start-up to million pound operations.

He has succeeded Martin Voisey who established Jaquar in the UK and launched the luxury Artize brand.

The company has a presence in more than 45 countries across Europe, Middle East, Asia-Pacific, Africa and South Asia. 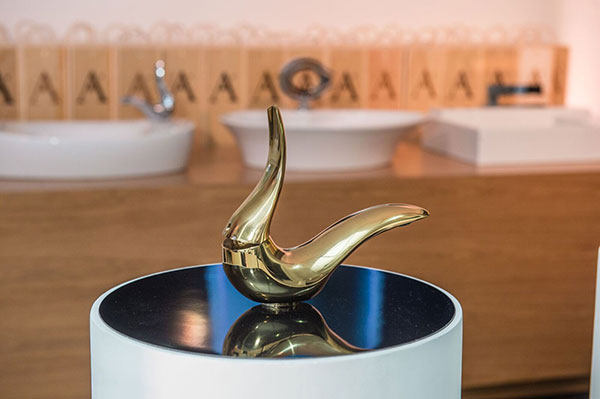 The award-winning Tailwater mixer forms part of the Artize brand

It delivers more than 2million bathrooms and produces over 24 million bath fittings, annually.

The company has won accolades for its products, including the Red Dot Award for its Tailwater tap which is part of its luxury Artize range.

Change of format for BMA Conference