In Kitchens & Bathrooms News first virtual reader roundtable, retailers joined together to talk about how they are preparing to power out of lockdown.

At Kitchens & Bathrooms News first virtual reader roundtable, kbb retailers from The Independent Network, talked about how they are preparing to power out of lockdown. 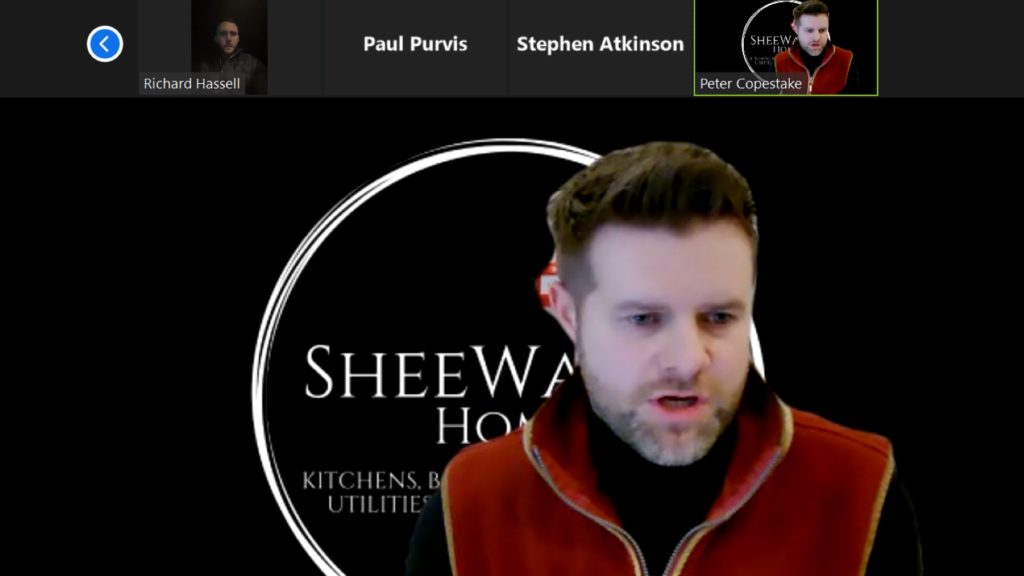 Despite being unhappy showrooms won’t be open until April 12 in England, having hoped for a date in March, they said at least they have a date to work towards.

And kbb retailers conceded there was now “a little bit” of light at the end of the tunnel, as they were making plans to reopen their showrooms.

In fact, partner of Waterloo Bathrooms Stephen Atkinson said he expected business will be “crazy busy” when his showroom reopens.

Owner of Pristine Kitchens & Bathrooms Paul Purvis agreed saying showrooms will be “extremely busy” and director of More than Baths Richard Hassell said he thinks retailers “will be inundated”.

Hassell explained: “I know a lot of people are doing Zoom [presentations] but the majority of people want that human connection, so are having a tendency to wait to come into showrooms to get that service and to browse products.”

But there was a mixed response by retailers to how long the upturn in business would last, with suggestions holidays may capture future consumer spend.

Paul Purvis and Stephen Atkinson both believed consumers would start to spend on holidays, towards the end of the year, rather than home improvements.

Purvis commented: “At present people have got money to spend but once he [PM Boris Johnson] opens the flight corridors, I think we’ll find a big drop around about September time and I think it will really hit a lot of guys who aren’t in a situation to keep the showroom afloat.

“I think you’ll see a lot of bricks and mortar showrooms go out of business.”

However, Richard Hassell said he didn’t think competition from holidays would come this year.

In fact, he stated: “I strongly believe this will be the best back-end of a financial year most people will have because of the build-up of sales.”

Director of Sheewater Home Peter Copestake agreed: “I think we will have the busiest eight months we’ll probably ever have. I don’t think the holiday market is going to affect us.”

He said despite the vaccination programme in the UK, people may still have concerns about immunity levels and protection both in the UK and abroad.

All the kitchen and bathroom retailers were gearing up for powering out of lockdown but highlighted their continued concern about stock availability.

Stephen Atkinson commented: “Once we can open up, I think we’ll be hugely busy. I just hope the stock is actually there for us to take.”

The retail directors also highlighted expansion plans of their businesses, with supply-only Sheewater Home to offer a full service.

Peter Copestake of Sheewater Home explained: “I’m looking to build a full service this year. I’m going to bring in a couple of subbies and then possibly employ some designers.”

In a bid to future-proof his business Paul Purvis has looked at the operations which have been allowed to stay open during the lockdowns, and has decided to launch a company serving the trade.

He exclaimed: “We are now going to open a trade department up because I don’t want to be ever left in this position, again, in the future.”

Although he admits the trade business will come at an inital cost, setting up a separate company, website and having to employ additional people, Purvis believes he “will reap the benefits over the next 18 months.”

Kaiser Appliances to launch in UK