Despite the majority of the distributor's business coming from merchants, retail is its fastest-growing sales channel

Despite 60% of business coming from the merchant sector, Matt Earle said retail was its fastest-growing channel speaking at the end of last year.

He stated the company had “a few hundred” displaying retailers for its own-brand Synergy and plans to double the number in 2021.

He explained the company has been “pushing hard” on improving its portfolio of products and services for bathroom retailers: “We’ve taken a long hard look at the product categories, the ranges, the products, the pricing…and the lead times the product comes in.”

The distributor has also worked on improving its display offer, including point of sale, and enhanced support, such as training for retailers on the benefits of Synergy products.

Most recently, it has introduced a brassware range called Trisen, which has been “very well received”, as Earle points out it is “reasonably priced, that will be available to everybody to sell and we can all make some decent margin on it. That’s the plan.”

However, Robert Lee has also taken the steps to rationalise its existing portfolio, to ensure better stock levels across the board.

Earle stated: “We stock a huge brand portfolio of over 70-80 brands. So, we have deliberately decided we are going to reduce the number of brands that we stock but work harder with those that remain.”

He denied it was destocking, instead commenting: “Taking it in its simplisitic form, we offer five or six different ranges from different manufacturers of a standard, 900mm quad shower tray. We’ll go forward with two or three.”

Earle stated the availability of product wouldn’t change it would just be the choice of product in a range and added: “It means we can spend a lot more money, stocking in depth the brands that we go forward with. So hopefully, it will reduce the impact of ‘out of stocks’ which causes everybody pain down the line.”

See the first part of Matt Earle’s video interview, where he talks about Brexit and the impact on prices. 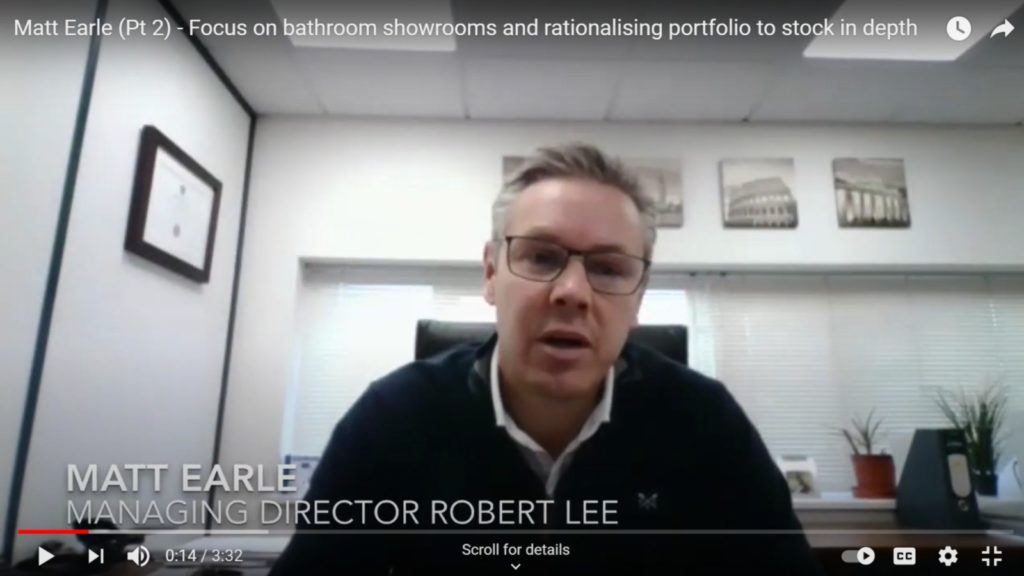