The world’s most instagrammable bathrooms has just been revealed by Mira Showers, along with how much it would cost to take the picture-perfect shot. 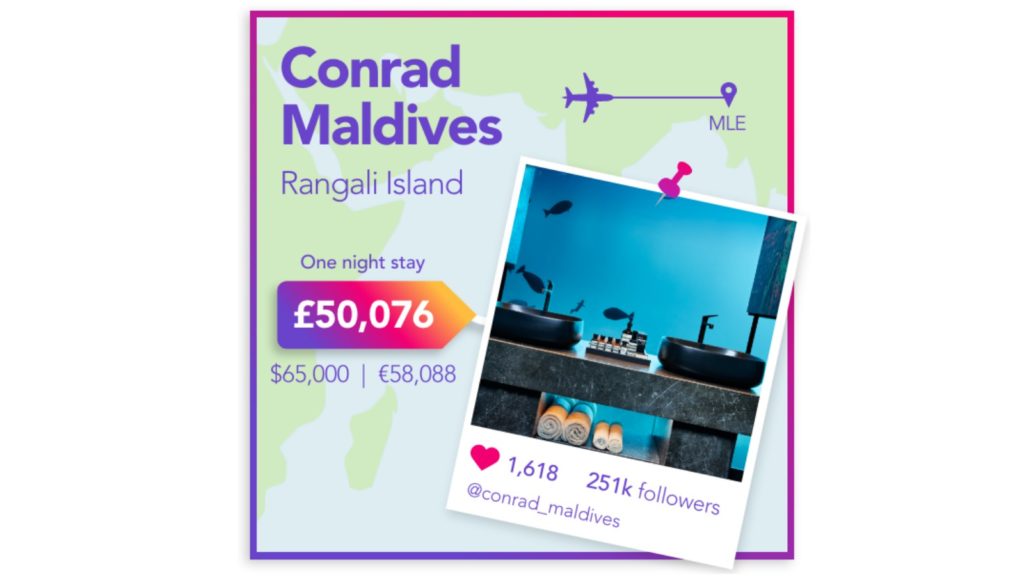 The top 10 hotel bathrooms range from exotic island locations to outdoor tubs in the heart of the British countryside.

Mira Showers monitored five key bathroom-related hashtags and identified hotel locations that appeared the most to devise the list.

The cost of the locations were then calculated according to one night’s stay at the luxurious hotels and villas around the globe during peak season.

Travel influencer and blogger @imbeingerica believes there are two factors that makes a bathroom so-called ‘Instagrammable’: “Firstly, bathrooms are typically the least inspiring place on Earth, so when one looks like somewhere you’d want to eat your brunch at and invite your pals over to see, you know it’s going to get the likes – while also being the envy of everyone who sees your picture.

“Secondly, for something to be popular on Instagram, it needs to be out of the ordinary; to be different to the norm; to be aspirational, not just inspirational.

“A petal bath, a glittery bath bomb, a novelty bathmat, or a riot of colours on a wall that’s traditionally white or pale blue is something so unnatural for a bathroom, that it will instantly become a hit for Likes.”

Digital communications manager at Mira Showers Matt Herbert said: “We know that many people get their own bathroom inspiration from some of the most beautiful hotels around the world, so it was fascinating to discover what some of the most photographed bathrooms are.

“Over the past few years we’ve definitely seen the humble bathroom turn from a room of function to a glorified photoshoot backdrop, so we hope that this research can inspire our customers if they are looking to refresh the look of their own.”

It follows research by Harvey Water Softeners which identified the Top 20 bathroom trends on Instagram.