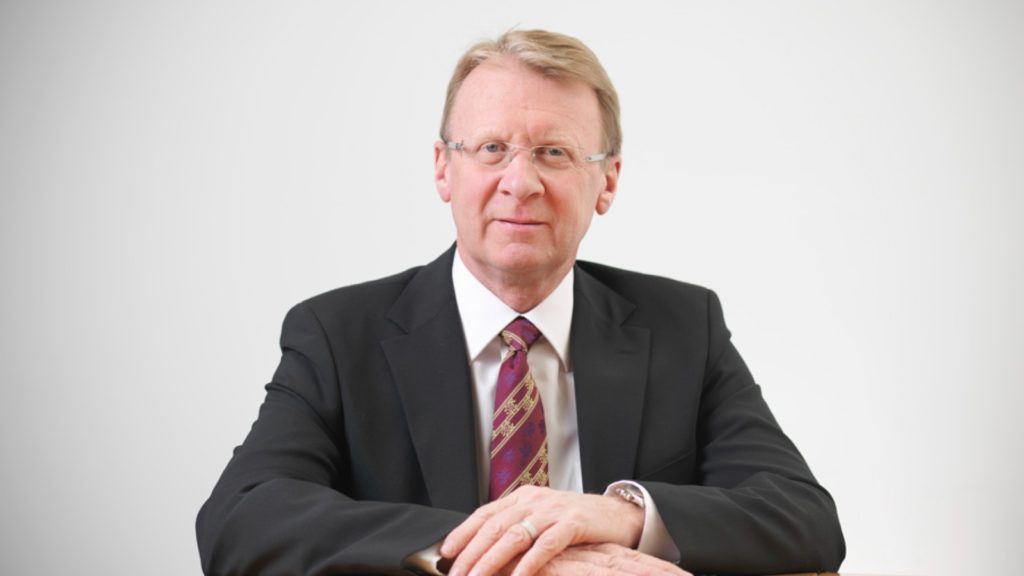 Alongside chairman Sir Bob Murray and board member Francis Galvin, Newton Winfield was one of the founders of Omega PLC in 1992.

Based at Capitol Park in Thorne, since its inception, Omega has manufactured kitchen furniture and accessories for retail and contract customers.

Newton Winfield was involved in the planning and completion of the original Omega development, which included a 100,000 sq ft warehouse and manufacturing facility to produce Sheraton rigid kitchens in 1996.

After the success of initial production, Winfield oversaw the introduction of a second, ready-to assemble production line, followed by the implementation of multiple developmental phases, doubling the overall company space.

Most recently, the company has appointed Prue Leith as brand ambassador to highlight more than 400 colour combinations of its painted collection.

Sir Bob Murray said of the appointment: ‘Newton has been invaluable to Omega PLC, since its founding.

“He was responsible for implementing many of the key processes still used in the company today including manufacturing, quality, transport, planning, and health and safety practices.

“He has seen Omega grow from strength to strength and adapt to the changes in the industry over the past 25 years and has shown true Yorkshire grit in challenging times to steer the company into a better position before his retirement in 2017.

“I couldn’t be prouder to welcome Newton to the position of life president at Omega PLC.”