The industrial trend, which started with Crittall-style shower enclosures, is far from over, but its influence may have become more refined in bathrooms.

The industrial trend, which started with Crittall-style shower enclosures, is far from over in bathroom design but its influence may have become more refined 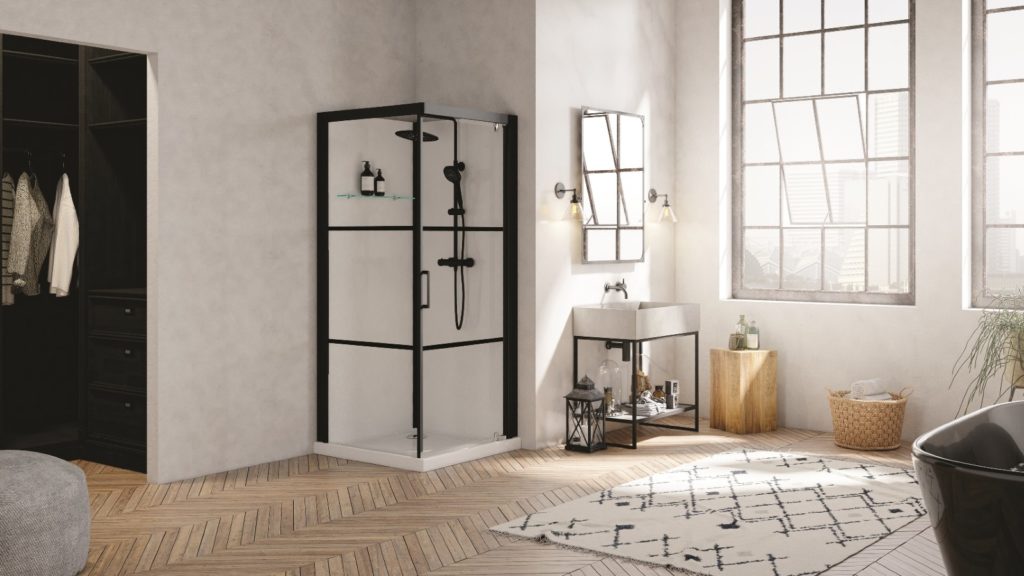 When the industrial trend emerged in bathroom interiors, at first it may have been considered a passing fad but its influence is still evident.

Not only has the trend seen the advent of Crittall-style shower enclosures but also reduced aesthetics with horizontal lines replacing the traditional grid, and the introduction of matt black framed surrounds.

Lakes Bathrooms has recently introduced the Onyx range of matt black enclosures as its managing director Bev Brown explains: “Demand for matt-black showering spaces is proving to be an enduring trend.

“Inspired by the Crittall-style popularised in the art deco movement of the early 20th Century, Horizon comprises two walk-in showering spaces, incorporating a pair of horizontal stripes, creating a natural horizon in the showering space.” 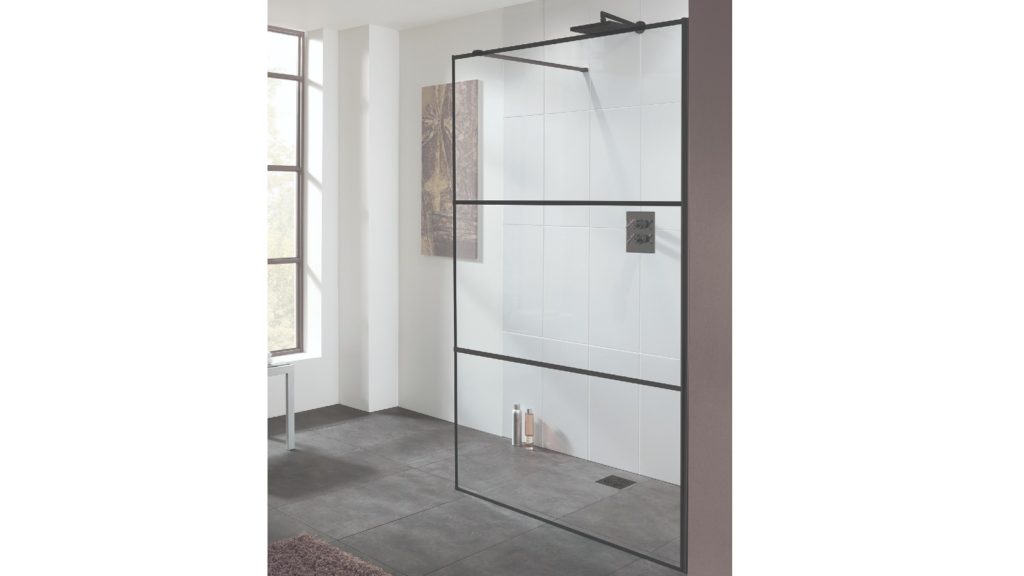 While the own-brand Essential range from Ideal Bathrooms was also recently strengthened with the launch of five matt black bathscreens.

Judging by the plethora of brassware launches in a black finish, sales of the industrial-inspired black frame enclosure is unlikely to waver any time soon. 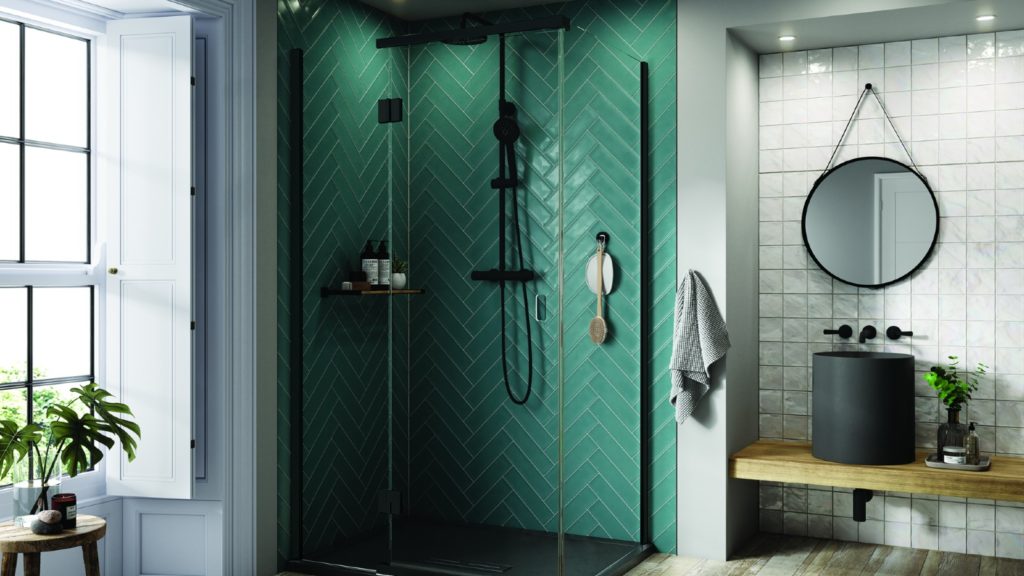 The Pinnacle8 range of shower enclosures, by Kudos, spans hinged, sliding and centre-folding door options, is now offered with a matt black profile

Kudos launched a matt black framed shower enclosure in 2018 and reports its sales have grown steadily since.

In fact, the company only offers black finishes in framed panels rather than grid-like formats, as sales and marketing director Nick Graville comments: “At Kudos we took the decision to only offer framed panels and not banded, as this market is much larger.”

He exclaims: “Industrial styling is a growing trend especially in apartments within reclaimed buildings, like old mills where the design is in keeping.”

However Graville also points out: “But it is impossible to measure the trend based on the sales of shower enclosures with black profiles as some of these are installed in bathrooms that simply want a co-ordinated look with brassware and shower heads and these don’t necessarily represent industrial styling.”

Whether strictly governed by the industrial look, or simply a darkened version to offer colour-co-ordination, it seems matt black framed surrounds are still de riguer for bathroom design. 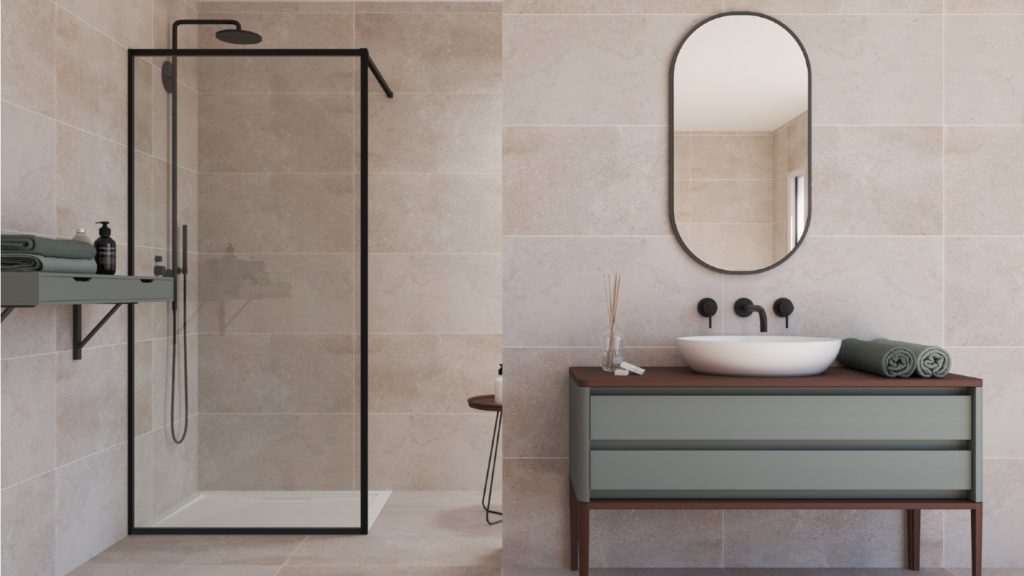 Creating a walk-in space is Portrait from The Shower Lab, which is manufactured from 10mm glass and is shown with Brushed Black Chrome profile.

This is particularly true as there seems to have been a plethora of brassware now available in a black finish.

Nick Graville of Kudos continues: “I think co-ordinated black enclosures will continue for some time as brassware and accessory suppliers offer large choices in this colourway.”

However, managing director of The Shower Lab Max Finaldi believes the black finish simply forms one of a palette of frame finishes, as he adds: “The trend we see, especially around big cities is for more finishes. We have eight currently in stock and four more to arrive shortly. These finishes are matching some of the best-known European brassware manufacturers, so naturally end users need a matching shower space to finish the look.”

National sales manager, retail and merchant, of Coram UK Natalie Paley adds: “Most recently, we have expanded our enclosure offering with the launch of Sealskin Duka range of shower glass, which is proving to be hit with designers due to the customisable options for frames and profiles.

“This range offers a breadth of colours meaning that designers can opt for an industrial-inspired colour scheme and tailor it to match other elements in the bathroom design; whether that’s brassware, tiles or accessories.”

So, designers can now  expect greater take up of a greater variety of frame finishes from black through to alternative warmer metals. 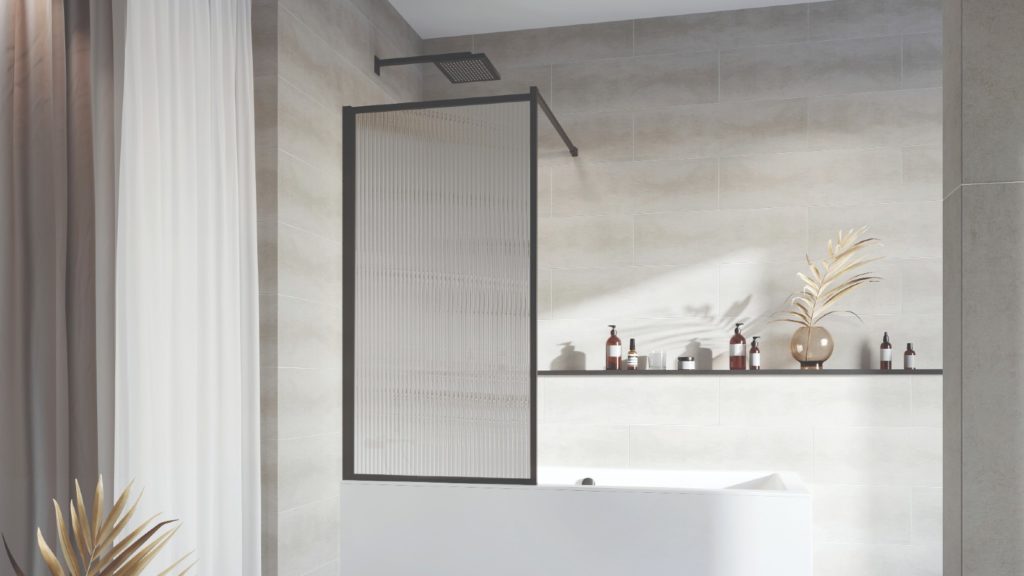 Adding to the Innov8 collection by Roman is a Framed Fixed Bath Screen in Matt Black, which comes with a choice of plain or fluted glass

In fact, it is the ability of the bathroom retailer to offer shower surrounds which can offer personalisation who will win through in sales.

Natalie Paley of Coram UK concludes: “Design-led options for bathroom and shower spaces have leapt ahead in recent years and consumers now have more choice than ever to create a space which reflects their taste and style; whether this is an industrial look, something minimal or a personalised option.”