Designed as alternative solution for those who are unsatisfied with the quality of their current tap water.

They have been designed as alternative solution for those who are unsatisfied with the quality of their current tap water.

Thanks to built-in advanced filtration technology, the taps remove impurities which can impair the taste of unfiltered tap water. 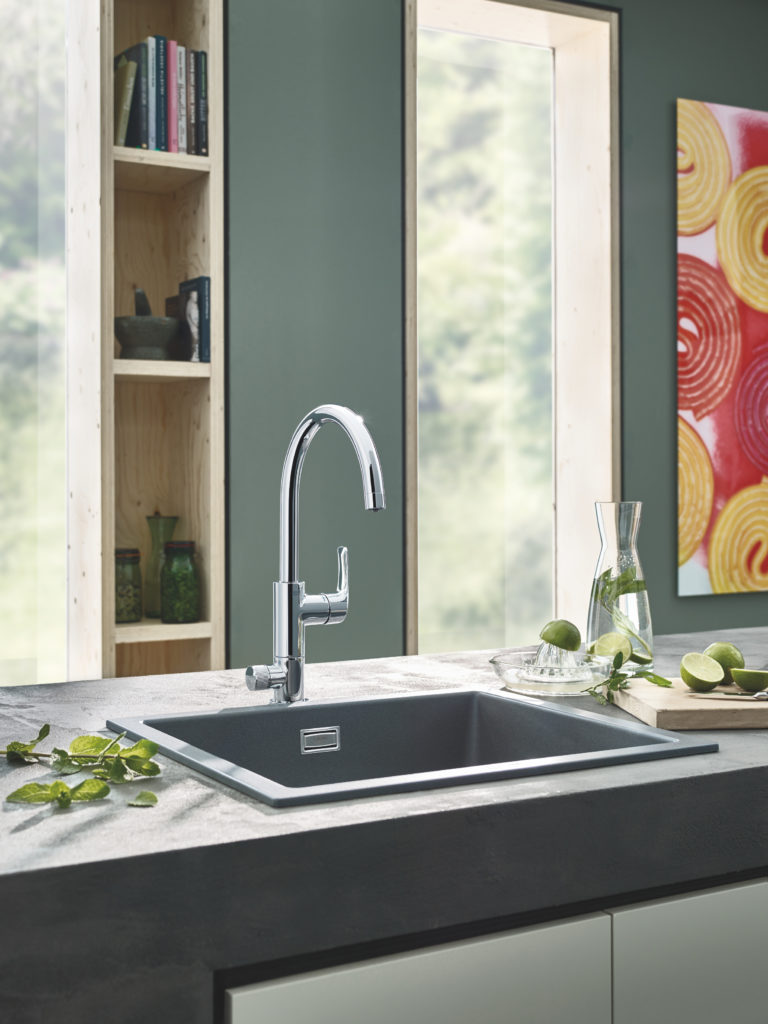 Ahead of the official launch of the Grohe Blue Pure range, the Eurosmart design has earned the coveted Good Housekeeping Institute seal of approval.

Grohe Blue Pure comes in a choice of three models, Eurosmart, BauCurve and Minta, which also offers a pull-out spout.

Ahead of the official launch, the Eurosmart model has already been presented the Good Housekeeping Institute seal of approval.

Appliance and household testing manager for Good Housekeeping Institute Katie Mortram commented on its decision to endorse the product, stating its was “straightforward to operate with responsive and easy-to-reach controls.”

Each model features a timer signal to advise homeowners when replacement is required, which can be set to 90, 180, 270 or 360 days.

To leverage sales in its watersystems business that includes its filter water taps, the company has established a new business division: Watersystems, Filter and Kitchen Channel EMEA.

What to see at KBB Birmingham 2020