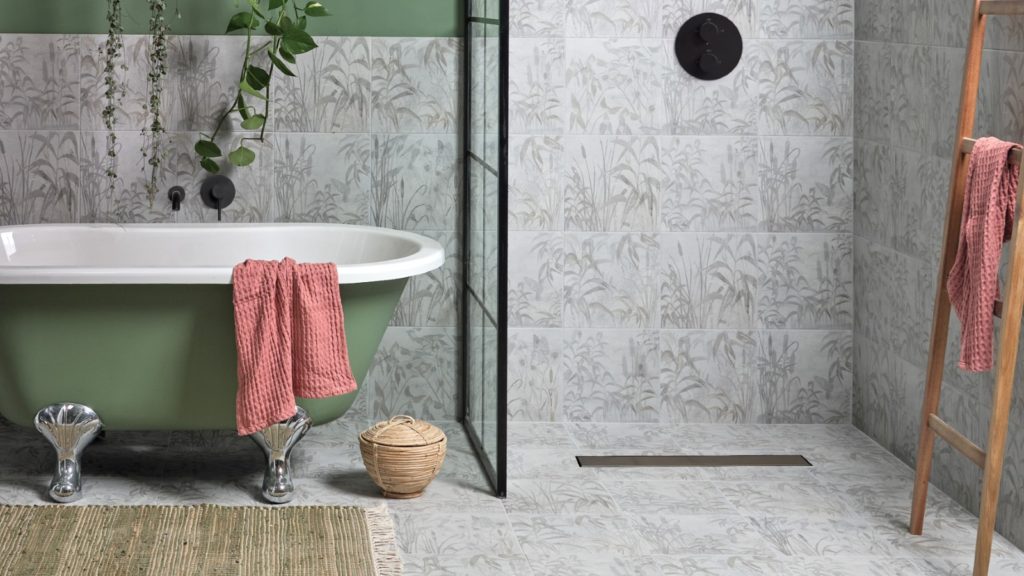 Throughout 2022, the National Trust is working on a Riverlands conservation project, set up to alleviate flooding, repair riverbanks and create habitats for wildlife.

Inspired by the work of the charity, Sarsen Stone Group has introduced four ranges, including Riverlands Melange (pictured), Riverlands Scales, Osterley and Wightwick.

Directly influenced by colour palettes found in plants, birds and water in the UK’s waterways, Riverlands Melange comes in various tones of grey, green and blue and in a random mix of design.

Whereas Riverlands Scales meets the trend for scallop-shaped tiles in an array of tones inspired by nature.

Country houses formed the inspiration for Osterley, which is based on the chequerboard flooring found in the Georgian estate of Osterley Park and House.

Whereas the original, reactive glazed 19th Century tiling found in Wightwick Manor in the West Midlands inspired the gloss and iridescent finish of the Wightwick range.