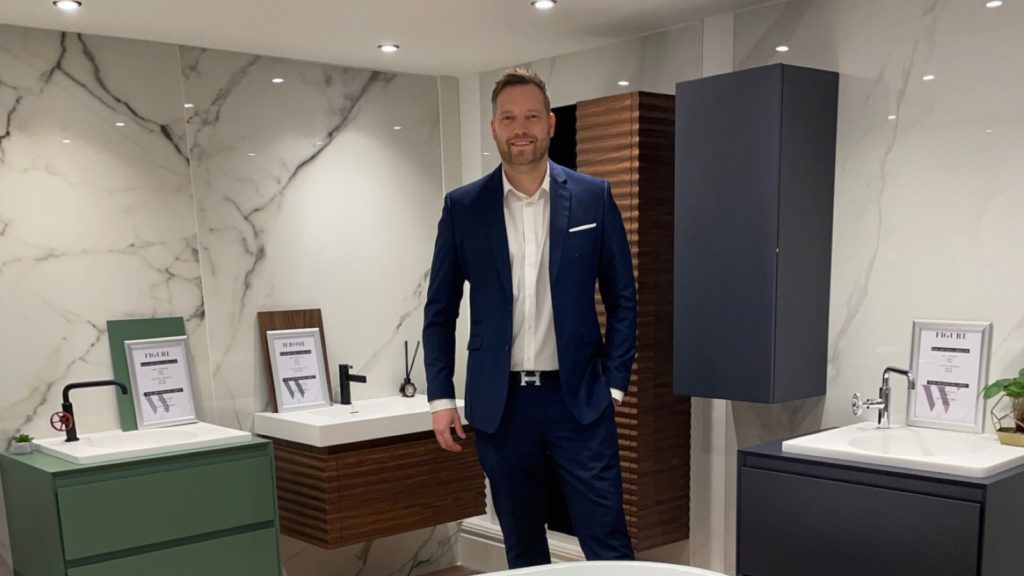 There’s very few brands that can truly lay claim to being the “industry’s best kept secret”, yet Lucabella Brands is exactly that.

It has been founded by entrepreneur Jonathan Bull, who has more than 18 years’ experience sourcing and manufacturing bathroom and plumbing products from the UK, Far East and Europe.

Bull explains until now his business has been under the radar, “improving supply chains” with Lucabella Sourcing, but he is now actively selling and promoting his own brands through bathroom distribution.

Lucabella Brands already owns Trisen brassware and Halite bath panels, which have a combined turnover of circa £3.5million. 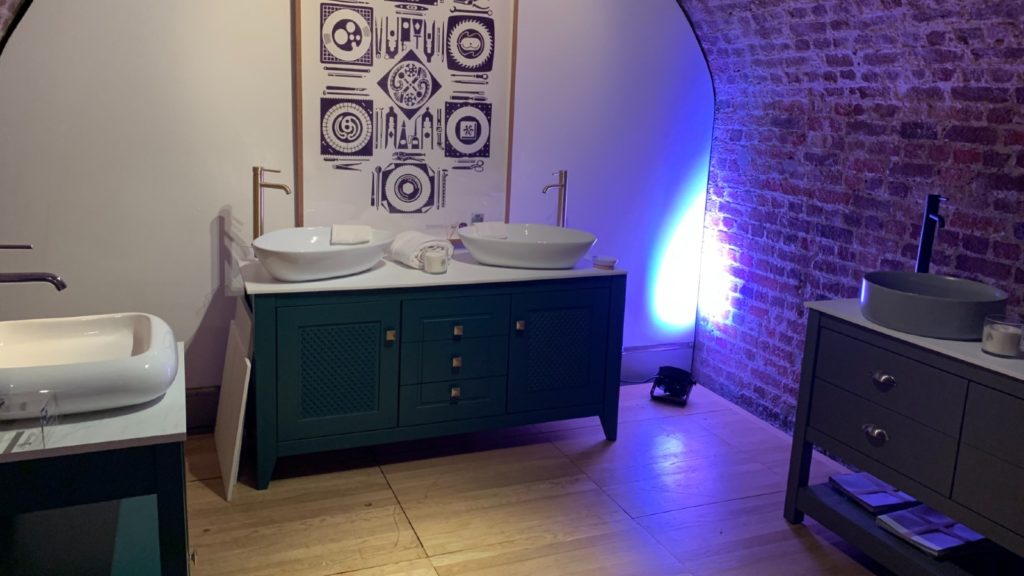 He has a goal of owning 10 bathroom brands by 2025, with a combined turnover of £25million.

All three brands of Elementa, Veloce and Tristan Alexander have a focus to provide “an affordable trade up” for consumers but with the advantage of next-day delivery from distribution.

Bull says “Bathrooms are much more fashionable than they used to be. Trends are changing rapidly, and I think people are making more statements in the bathrooms.

“The benefit of our model is our products are available exclusively through distribution which allow design-led products to be delivered next day.  That’s the difference.”

There are four freestanding acrylic models in the Elementa bath range, which include metallic and marble effects and in a choice of sizes. 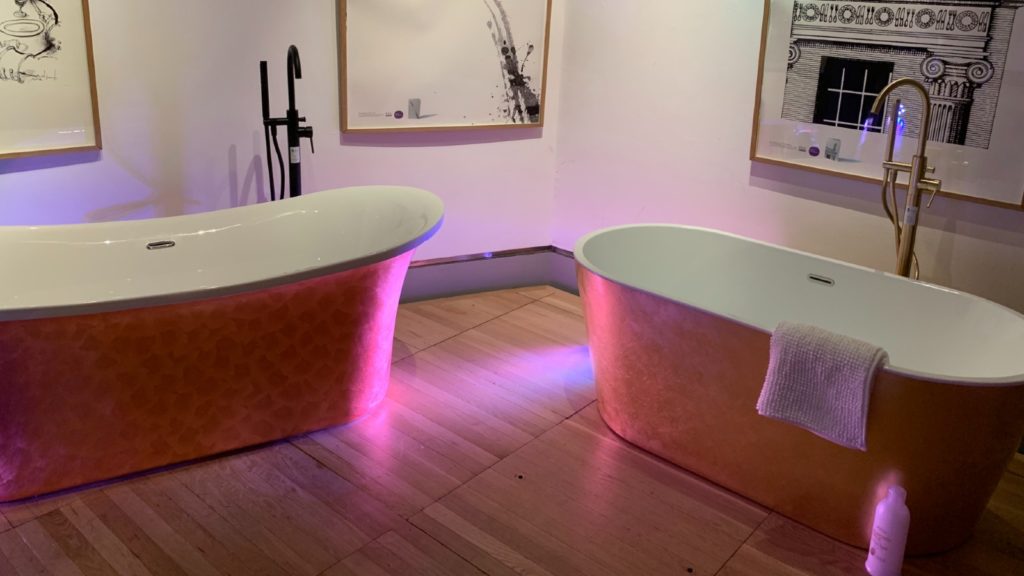 There are four freestanding acrylic models in the Elementa bath range, which include metallic and marble effects in a choice of sizes

Bull explains his product choices stating a thousand freestanding baths are sold in the UK each month in Copper, Gold and Silver finishes, however the Carrara marble-effect model has been the biggest seller for displays.

Retailing around £2,000, Bull says they are “about £1,000 more competitive where the rest of the market sits.”

The Veloce stone-effect shower trays come in square, rectangular and quadrant in grey, black and white finishes with a choice of grid.

Completing the line-up is the Tristan Alexander furniture range, with vanities measuring from 500mm wide up to a 1500mm washstand.

The bespoke furniture is supplied with McAlpine shallow traps, so it doesn’t require drawer cut-outs, and is made in the UK.

Lucabella Manufacturing, which owns equipment around the world, has recently invested £500,000 in a factory in the UK, which is producing the furniture collection.

Although sourcing from all over the world, Bull is a proponent of UK manufacturing and said it enables agility and flex.

“We wanted the control because bathroom vanities are so popular now and changing so quickly. There is a really wide spectrum of popular colours for doors and finishes for handles, gone are the days of gloss white and matt grey satisfying 90% of consumer demand.

All the furniture is supplied rigid, available in stock in three colours, with a four to five week lead time on the rest of the palette, with Bull stating prices are around 30-40% below competitor brands for similar quality.

Jonathan Bull explains his decision behind the price positioning of the brands, hails from a manufacturing, rather than a marketing background. 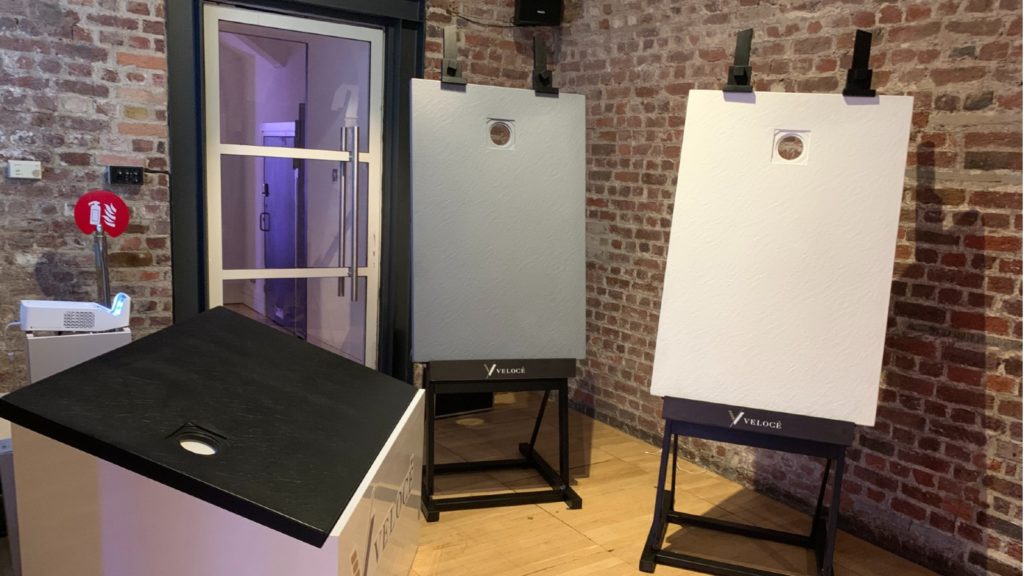 Veloce stone-effect shower trays come in square, rectangular and quadrant in grey, black and white finishes with a choice of grid

He states: “Having spent the last 18 years creating bathroom products across multiple product categories I wanted to use that knowledge to produce brands which would fill voids in the market where I believe there is consumer demand.

“Our Halite waterproof panel is the best example of this and now we sell around 7,000 units per month.

“All Lucabella brands products whether aimed at the boutique showroom or the plumbers’ merchant have two shared goals. The first being the best value for money based on product quality, the second is a question I have asked myself during all my time manufacturing, would I be happy to fit this in my bathroom?”

This trio of premium, yet competitively priced, retail brands are currently sold through Robert Lee, which has made an investment of around £400,000-£500,0000 in stock, exclaims Bull.

But he explains Lucabella Brands is already seeking to expand the distribution network: “We’ve got a great relationship with Robert Lee but I believe brands only become brands when you have multiple places to buy them and you have multiple sales people on the road.

“We have now reached agreement with two large well-established distributors to take on multiple Lucabella brands throughout the year.

“We are also increasing our sales force with three external sales positions in Lucabella currently being appointed.”

And Bull has plans to further expand his distribution brands with the soft launch of two further brands in Summer, again starting through Robert Lee but with plans to broaden the distribution network.

Bull explains: “One is Weston, a range of furniture which is positioned at a more volume price point and the other is a range of brassware which will sit above Trisen and will be aspirational with more colours and probably more options, such as wall-mounted model in every range. So that we see as being in the next price point up from Trisen.”

Certainly the secret is now out in the open, as Bull explained at the soft launch of the Elementa, Veloce and Tristan Alexander “there’s been quite a lot of interest”. So it’ll be interesting to see the next reveal from Lucabella Brands.