Founder and designer of Puzzle Kitchens Rajan Amin talks about his decisions to create a new retail business, with a focus on technology and sustainability.

Founder and designer of Puzzle Kitchens Rajan Amin talks about his decisions to create a new retail business. He decided to focus on sustainability and technology, which he says are missing in the majority of kbb retail businesses 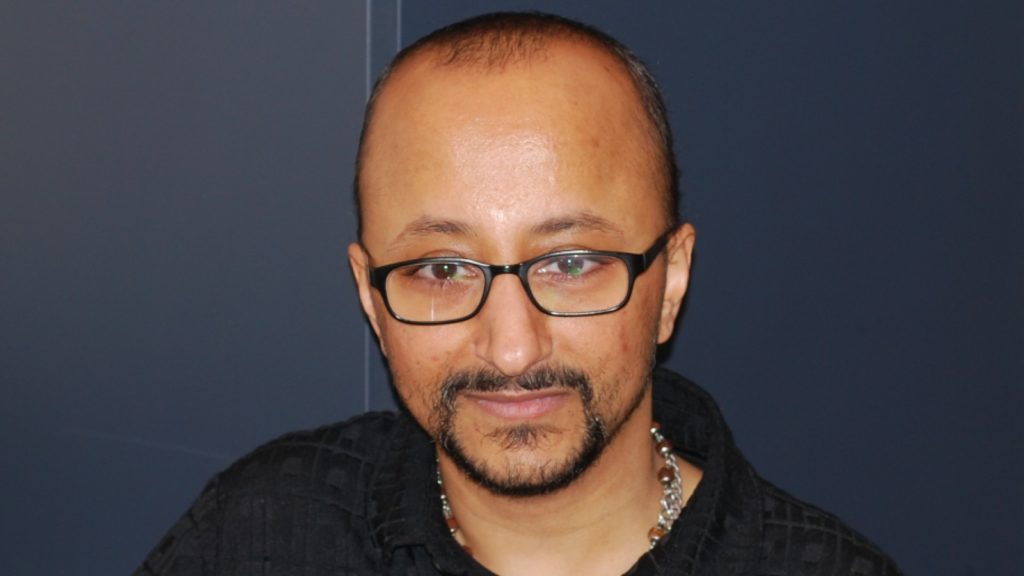 Having worked in the stone worktop industry for 15 years, Rajan Amin said he always had an interest in building, and so designing kitchen spaces was a natural extension of his skillset.

In December 2020, when London and the South East was still under “Stay At Home” restrictions, he made the bold decision to launch an online kitchen retail business, capitalising on the fact kbb retailers had to find new ways to reach customers.

“I literally had a laptop and a sofa for the first three and half months. I spent the majority of my day on social media.

“I got my name out there and did about 80-90 quotations in the first three-month period, but that’s where I hit a brick wall.

“The biggest problem was not my price point, nor my speed in delivering designs, it was that I didn’t have a physical location and I had only been around for three months.”

So Rajan started looking at properties in April. He signed the lease of his high street showroom in Coulsden, Surrey, in June and opened the doors in September 2021.

And as part of its fast-paced development, Puzzle Kitchens has already been nominated for a new kitchen retailer award.

Keen to shake-up the kbb market using technology, Rajan has focused on Virtual Reality to differentiate his independent retail business. 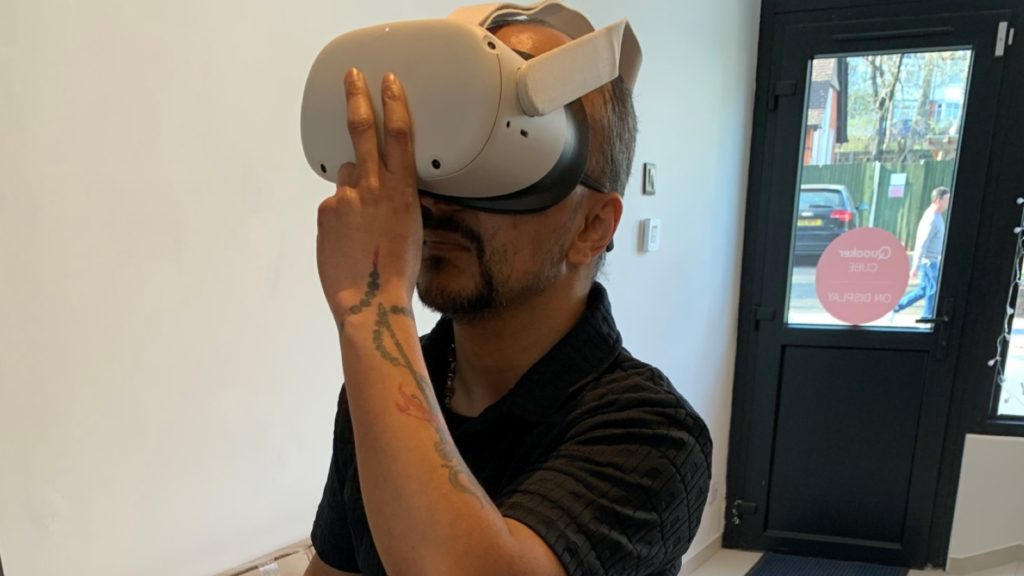 “I thought, if I’m going to do this, I need to do something different. That’s where Virtual Reality came in.”

He continues: “Some clients have been absolutely blown away by it. I had a customer who said she felt like she was going to cry because she was that overwhelmed with how real it looked and she was standing in an extension that wasn’t built. She didn’t realise how much space she was going to gain.

“For me, that’s priceless and that’s the reaction I want. Emotionally you are connecting with that space, and it doesn’t get any better than that for me.”

Rajan has further eschewed traditional conventions by charging £199 for VR design, which allows consumers to ‘try before they buy’. The design fee is then used as a credit against a sale.

He admits there can be a “mixed reaction” from consumers but adds: “Some people think they are wasting their money by spending £200 but not wasting money by having an architect draw up plans for £5000 to submit to the council with no guarantee they will get it passed. The way I sell the design service, is I say ‘I can offer more than the architect for just £200’.”

The 54sqm showroom, which cost around £80,000-£85,000 to complete, has five displays of Trend Interiors furniture and will also soon be adding Hacker to the offer. 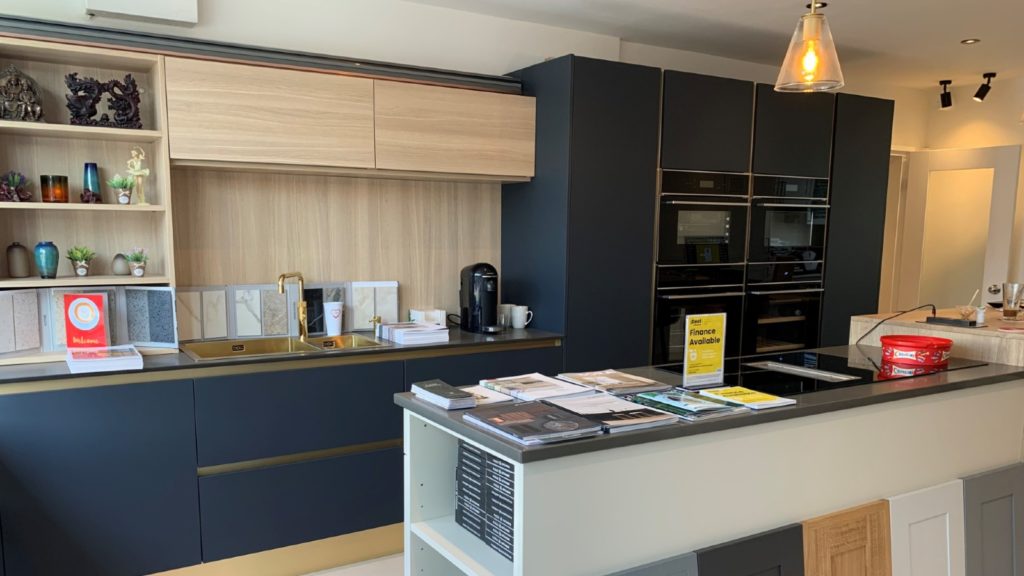 Choosing suppliers at a time when supply chains have been disrupted globally, produced a small challenge for Rajan.

He comments:   “When planning displays, I did struggle with selecting which appliance manufacturer to represent. I didn’t want to be the same as every other independent retailer on the high street offering just BSH products.

“With the assistance of Mereway I was put in touch with Caple. I loved the products, the end user price points and the fact they had availability as disruption took the industry.

“For me, I knew at that point Caple is who I want in the showroom for my future customers. They have been incredible support throughout my journey as have Mereway, and now Hacker too.”

Rajan explains he chose the furniture suppliers as they also have sustainability credentials, which is a core value of the business.

Mereway Group, which manufactures Trend Interiors kitchens, uses timbers that are either Forest Stewardship Council (FSC) certified or approved by the Programme for the Endorsement of Forest Certification (PEFC), or originated from managed forests. While Hacker Kitchens is a Carbon Neutral company.

It adds to the environmental ethos of the business, with the showroom run on 100% green energy,  a ban on single use plastics and reduced paper use.

“I don’t give out design packs, unless it’s really required, because we work to reduce our waste, which helps our carbon footprint. The online account platform available from Compusoft delivers it online”, explains Rajan.

The company has run promotions providing free waste disposers with each kitchen order, and Rajan says he promotes Quooker by explaining the sustainability benefits, including reduced energy use.

In fact, Puzzle Kitchens has signed up to the SME Climate Hub, a climate action platform for small to medium businesses, which have committed to halve greenhouse gas emissions before 2030 and achieve net zero before 2040.

Rajan confidently adds: “I started in a strong place, by making sure my carbon use was as low as possible from the beginning, so I’m sure in seven years I’ll be carbon neutral by 2030.”

It’s clear the importance Rajan pays to the environment, seeing it as a duty of the business rather than a sales advantage, particularly when he says people talk about sustainability but will often choose a cheaper or easier option.

Undeterred, he explains: “As a retailer, if I don’t encourage and educate consumers on what’s available, they won’t know any difference. They need that guidance. They need direction.”

But he believes manufacturers should also be helping educate retailers on how to push the ‘green’ agenda through to their customers. “I’ve not had that level of support from any kind of manufacturer – whether I decided to go with them or not”, reports Rajan.

Although having only been opened 16 months, Rajan says he has lots of leads coming in and business hasn’t slowed. 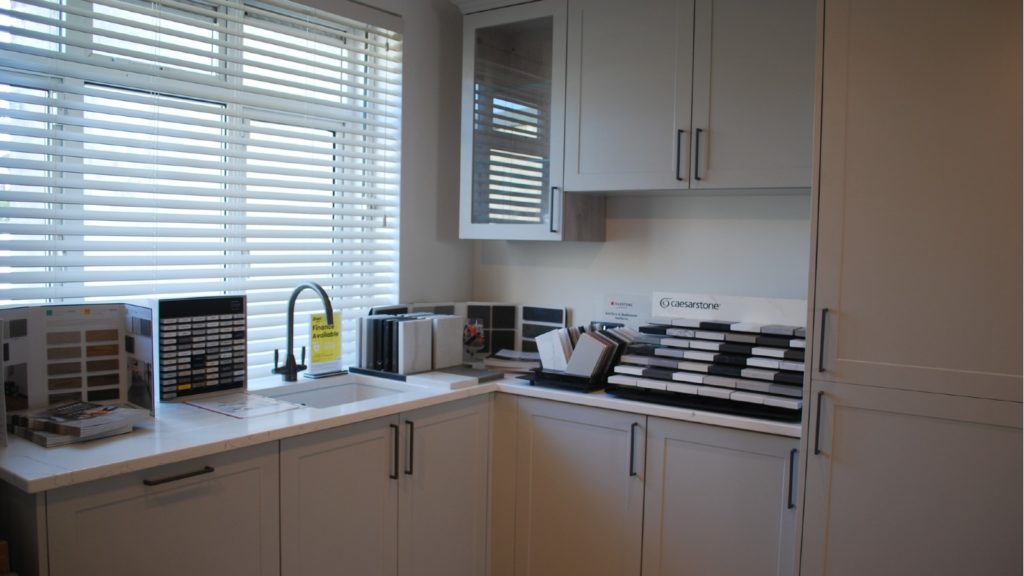 However, he admits conversion has been slightly more difficult as he has been attracting clients with lower budgets than his target range of £25,000-£40,000.

Since the majority of his clients want kitchens for new build extensions, he believes the rising costs of building materials may have impacted the value of kitchen orders.

Rajan says “The vast majority of quotes going out are in extensions. If clients are still discussing the build with architects, for me to close that deal it’s going to be another two or three months at least. It’s a big time gap, allowing them to shop around.

“I would like to have people come in and say ‘we’ve got an existing space, we just want to change our kitchen’. They don’t seem to exist right now.”

Rajan continues: “I had a client, recently, with a budget of £20,000. I specced it to budget and they loved the kitchen design, but when I spoke to them a week later, they said they couldn’t afford it as they had overspent on the build. They ended up spending £7,000 on a kitchen from Wickes.”

Although social media has helped raise exposure for the company and educate consumers into what it sells and why, it hasn’t yielded high results for sales leads. 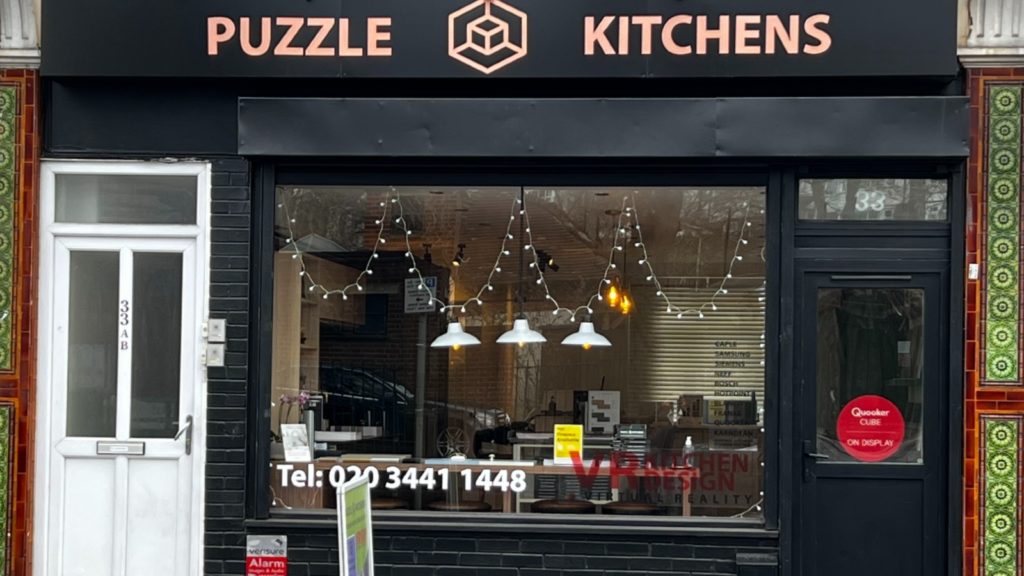 However, Rajan says being a member of business networking organisation BNI, with a local group of 18 companies including an architect, interior designer and builder, has already reaped rewards.

He exclaims the architect has been able to pass on four leads and he has just started on a project with the builder, which works on exclusive developments, focused on sustainable, eco-efficient housing.

So has the business met his expectations? Rajan admits he set a “very high” target of selling a kitchen each week.

He comments: “I’m confident with the amount of leads coming through the door and that I will get to one kitchen a week. I think it will take me another 18 months. I know I can achieve it.”

And he says it has been a learning curve in kitchen design. “I didn’t really know how much goes into planning spaces. I still remember the first design I completed. It took me 10 days. I can now design a kitchen in in two hours. I did some basic training with Compusoft, and then practised seven days a week.”

And Rajan is keen to continue to build his skill base, stating: “There’s a lot I didn’t know and I still have a lot more to learn.”

After all he has bold ambitions for the business, with an aim “to be in the position that I’m the go-to for someone who wants a sustainable kitchen, with a personalised service, and it’s not going to cost them the earth.

“It’s about the understanding that they are buying something that is going to help them in the future, reducing their carbon footprint and doing their little bit for the planet.”

Are you a kbb retailer with an interesting story to tell? Then we want to hear from you. Email the editor pturrell@hamerville.co.uk

Roper Rhodes | “We have an obsession with product development”