Richard Matthews explains how the family touch is crucial

Richard Matthews, owner of R Matthews Bespoke Interiors in Eccleshall, Staffordshire, explains how the family touch is crucial to his business 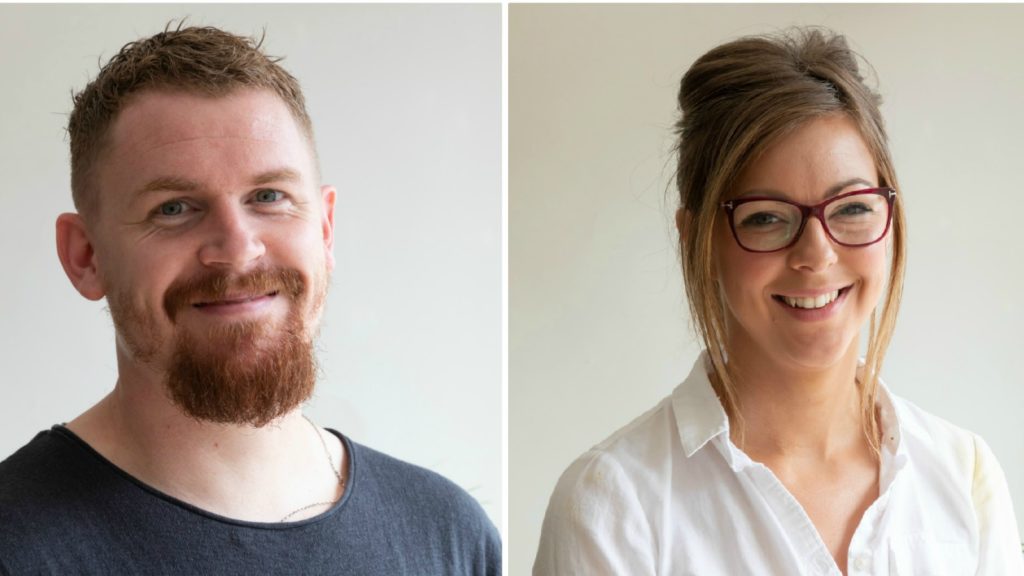 Having been a kitchen fitter for 13 years, Richard Matthews decided to channel his expertise into opening his very first showroom.

So, along with his wife Gemma, they happened across the “perfect site” on Eccleshall’s picturesque Georgian high street.

This is an exclusive club, however, with the high street being owned by billionaire John Caudwell.

Not just anyone can open up a shop; a committee meeting is required just to apply for a space, with absolutely no certainty for an approval.

But the company was granted permission, which speaks volumes for what Richard and Gemma are attempting to achieve through R Matthews Bespoke Interiors. 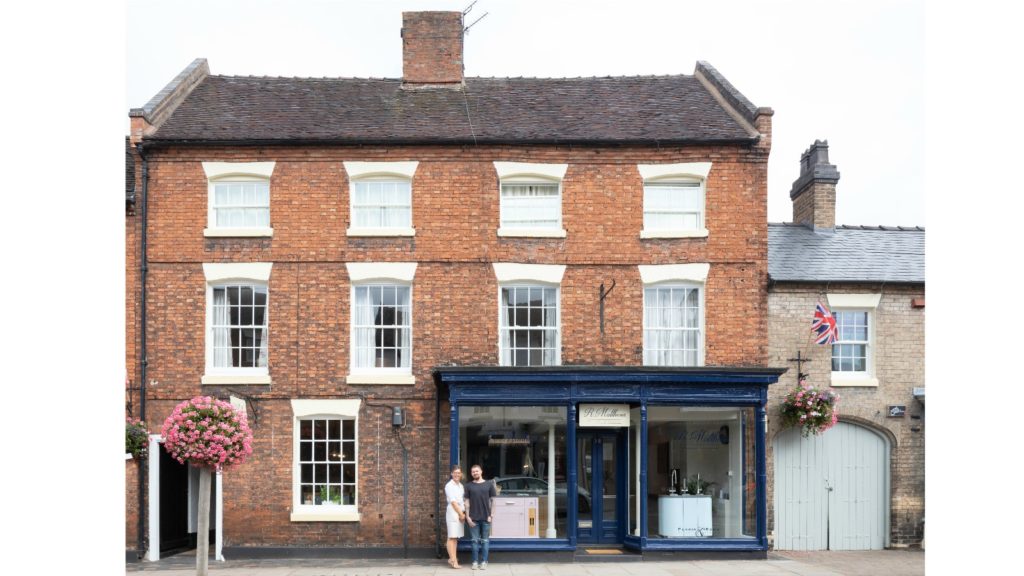 Despite its relative infancy in the industry, the company has already received plenty of recognition Richard explains: “Along the way we’re had some great companies backing us. We’re now an AGA-approved showroom.”

He adds: “We’ve just had an electric AGA fitted in the showroom in brushed pink, which is pretty cool.”

But it’s one company in particular that has helped R Matthews Bespoke Interiors from the start.

Richard says: “[CRL Stone] looked like a great company to be involved with, and they’ve looked after us so well. They are certainly our first port of call.”

He continues: “All our showroom is CRL. They were with us right from the beginning [in February 2018].”

Richard’s previous experience in the industry meant he had already come across CRL Stone before opening his own showroom.

He comments: “Basically my granite supplier, who I used for years when I was a kitchen fitter, always used their stone.

“They highly recommended that I put CRL Stone in the showroom.”

And since taking the decision to be involved with the company, it’s only been an upward curve for R Matthews Bespoke Interiors.

“I’d like to think [that it’s been a prosperous relationship]. CRL Stone do a great range of worktops, so for me, I don’t see why you’d need to go anywhere else.”

But what does a company like CRL Stone offer an independent retailer?

Well, that’s a rather easy question for Richard: “Great products for a start, a great selection of stone. The way they back us, the way they’re always at the end of the phone if we need them – it’s just a great company to work alongside.”

And Richard would be happy for this relationship to continue, as he only sees quartz going from strength to strength.

“it’s definitely there as the number one choice. I’d go as far as to say that perhaps 80-90% of our kitchen projects are quartz.” 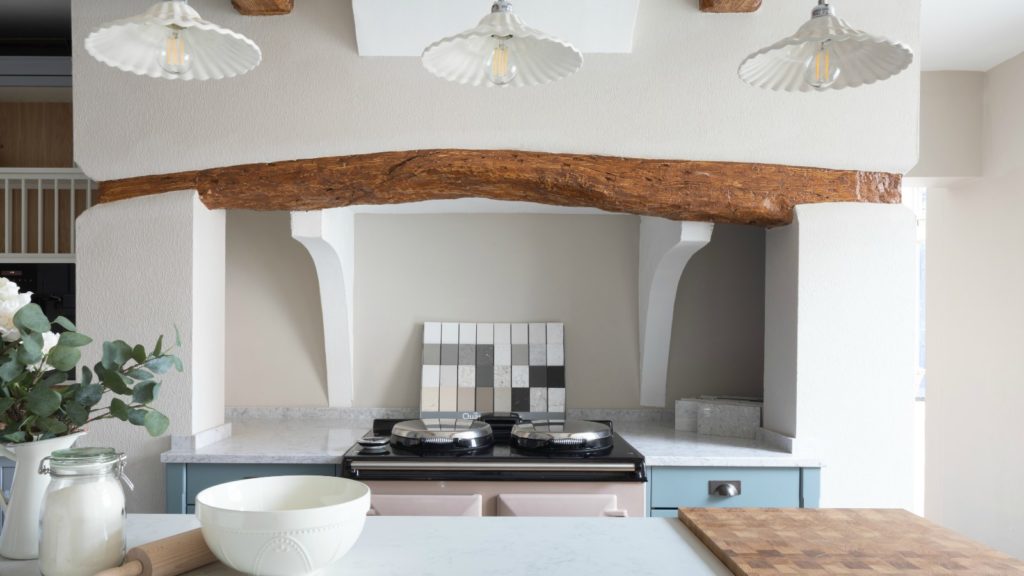 CRL Stone was the first to partner with the Matthews’ showroom, when it was purchased in February 2018

Runs in the family

But this level of attention from suppliers may have been inconceivable is not for the ethos of the company.

Richard wants to ensure the family-orientated nature of the business sits at the forefront.

This is none more obvious than with both Richard and wife Gemma being heavily involved with the business.

Upon asking what the working dynamic is like between the two of them, Gemma lets out a wry laugh leading Richard to say: “Gemma will probably tell you different to me, but it’s an absolute god send.

“Gemma is my business partner, and to have her in the showroom takes so much pressure off.”

It is this authenticity between the two that lends itself so well to the business, and authenticity is something Richard believes to be of vital importance in the showroom.

He explains: “We’ve got two children – a nine and a three-year old – and all our displays are working displays.

“So to have the children in here baking and cooking is great.”

He continues: “In my experience, kitchen should be shown as working kitchens, and to have a family in here, running the showroom and doing cooking demonstrations, is how it should be.”

Feet on the ground

However, despite the early success, Richard clearly shows that they are not getting ahead of themselves, after all, the process of running a showroom remains new to them.

Before opening the showroom, Richard described his feelings: “[I was] very excited to be honest.

“What we’re doing is perfect for us and fits in with our lifestyle, and what we enjoy – kitchens, period living, etc”

And has it all gone how he wanted it to? For Richard it’s a definite ‘yes’: “Everything that I wanted to happen is happening and more.

“We’ve been involved in some amazing projects We’ve got two terrific kitchens going out in December in some gorgeous properties, and we’re surrounded by Georgian and Victorian architecture here.”

He continues: “The houses we’re going into and supplying are incredible, really. This is perfect for us; it’s nice to be able to work in these houses.”

Their realistic ambitions shine brightly once more when asked if they have any plans to expand beyond the one showroom.

Gemma laughs, succinctly responding “No!” But Richard expands: “Maybe one day, when we get as big as Tom Howley!

“For now, definitely not. We’re happy keeping it small and family run.”

It’s hard to avoid mentioning Brexit when talking about the future, especially in business, but Richard is noticeably calm about it: “At this point, I wouldn’t say there has [been any effect from Brexit on the business. We’re absolutely fine.”

But that doesn’t mean they’ve not bracing themselves for the possibility, as Gemma explains: “Yes, certainly [we expect difficulties to arise], with some of our suppliers being Italian there’s always that risk.”

But at the moment, as Richard explains: “Work is increasing, and there’s only so much you can do with what we’ve got, and the business is certainly growing at the moment.

“We’re developing our routine and trying to expand a bit more – perhaps taking on another designer, and one or two more fitters.”

While R Matthews Bespoke Interiors remains on its toes for market challenges, they won’t have anyone treading on them, thanks to the nature of Eccleshall’s high street.

Richard explains: “Nothing is a threat in our area. Our landlord owns the majority of the high street. He tries to keep it as a preserved Georgian town – they call it a mini-Knightsbridge.”

He adds: “They don’t really like to see two of the same type of shop. So, in terms of anyone else coming near us in the area, it just wouldn’t happen.”

Looking forwards, Richard says: “We’re working on five of our own doors, which is very exciting. They will probably be launching at the beginning of 2019.”

The showroom may be a very recent venture but, with the help of CRL Stone, Richard and Gemma couldn’t be happier with their decision.