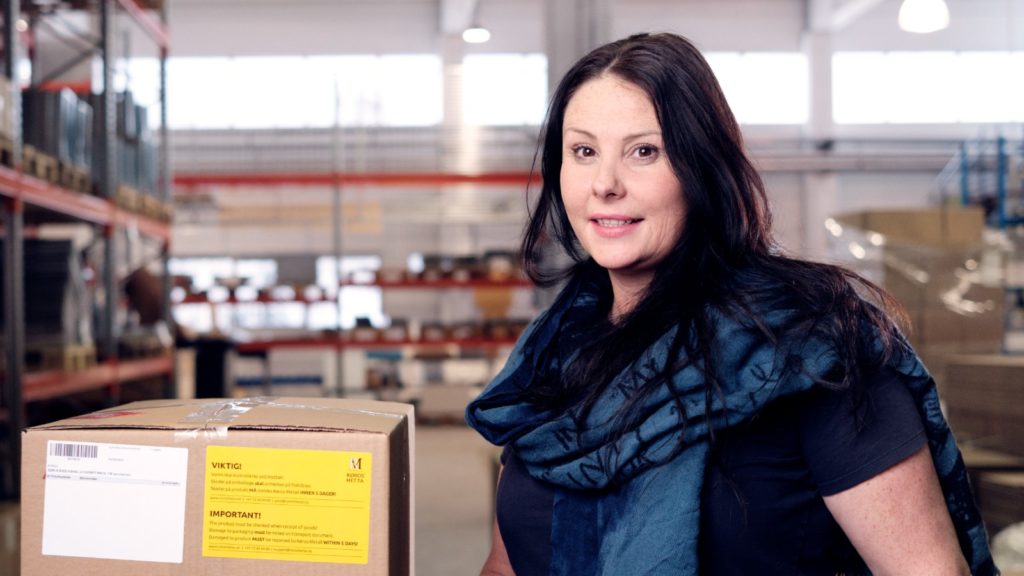 Having had a multi-disciplined career spanning the army and fire service, prior to joining the kitchen industry, Lucy Corlett-Shaw explains the next natural step was to become country manager of the RørosHetta cooker hood brand.

It combines threads from all of her previous work experiences, as the premium cooker hood manufacturer has recently introduced models with built-in fire safety technology called SENSE. Now she is intent on communicating this to the UK.

Established for 70 years, RørosHetta is a portmanteau of Røros – the mountain town where the manufacturer is based and Hetta – Norwegian for hood. 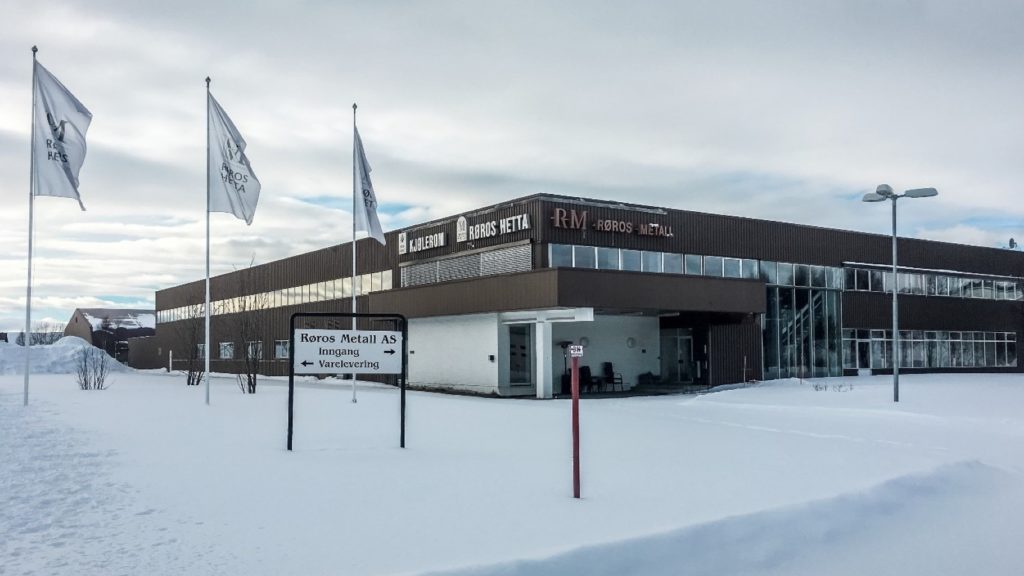 The brand is manufactured by Røros Metall, which was established as a metal work factory in 1946 and moved into extraction in the early 80s. It now boasts a turnover of £20million.

Its Scandinavian origins gives the company a distinct advantage in cooker hood manufacturing. Corlett-Shaw explains: “In Norway in 2014, a new legislation was launched within the building regulations where hobs had to have a feature called Stove Guard.

“It is technology which, if it notices the heat building from the hob but a lack of movement, it cuts the power off to the hob. It halved the number of domestic fires within the country.

It can also shut down an electrical hob when there is fire risk, and notifies the homeowner.

Such has been the interest in the fire safety technology – SENSE – by RørosHetta, it was shortlisted in the Kbb Birmingham Innovation Awards.

And, pleasingly for Corlett-Shaw, it was presented the People’s Choice Award by visitors to the show.

“Obviously I was over-joyed we won the Innovation Award and then I got the numbers fed back and over 46% of the votes that we got for the People’s Award. I couldn’t believe it!

“We were up against brands like Liebherr, Novy, Bora and to be against brands like that when we’ve just launched in the UK – amazing!” Corlett-Shaw says, adding: “Feedback from the visitors to the innovation stand was mostly around the noise, they couldn’t believe how quiet the SENSE hood really is.”

It was while working as a buyer for Scandinavian kitchen group Nobia that Lucy Corlett-Shaw discovered extraction manufacturer RørosHetta. 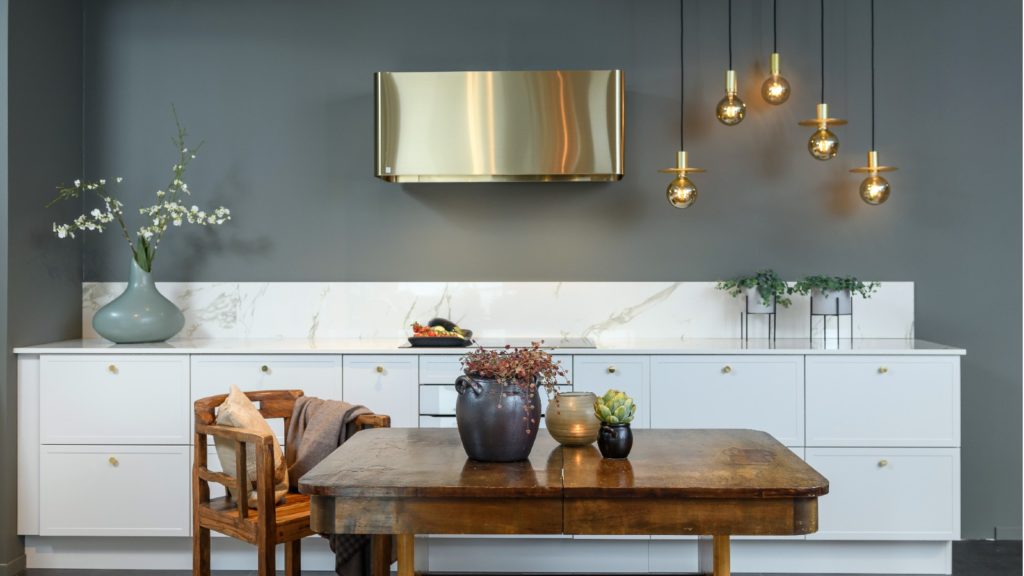 She explains: “They are a supplier into Nobia and were very dominant within Norway. Nobia launched the brand into Denmark, Sweden and then into the UK through Magnet.”

Until recently, the brand has been exclusively sold through Magnet and has achieved six figure sums on an annual basis.

However, the arrangement has now come to an end and Corlett-Shaw is looking to target independent showrooms.

“I want to push the brand in the UK and get more traction. I would like to be working with a couple of high-end national retailers.

“I prefer to work with a couple of good ones and do good business with them. It’s about having a partnership, growing together and supporting each other”, Corlett-Shaw says.

She adds: “I’ve got no intention to go via electrical retail. Absolutely none whatsoever. Having been a buyer of electrical appliances for years and seen what it’s done, it just drives down the margins massively for the retailers.” 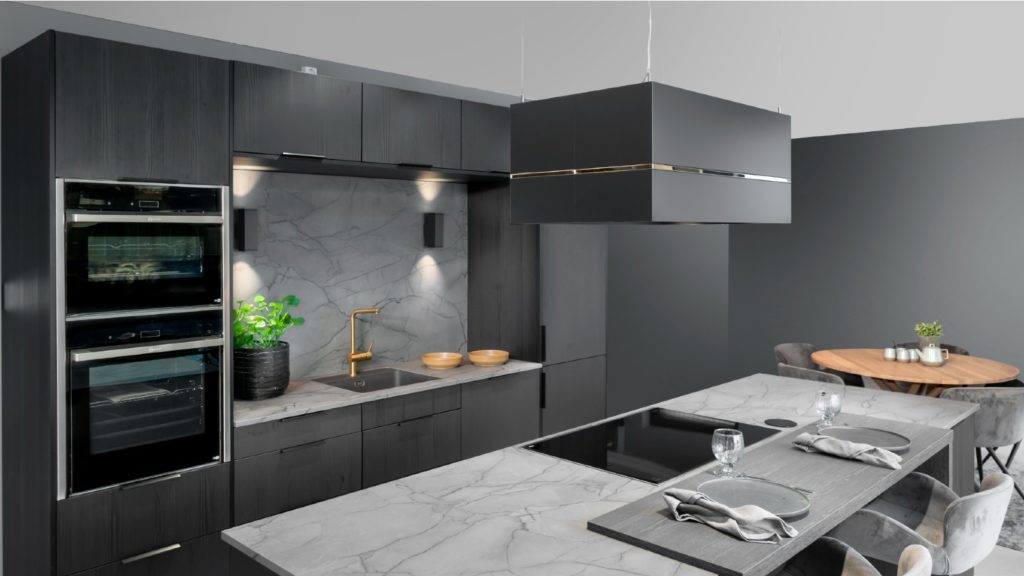 “A year ago, when I was still in my buying role at Nobia, I was buying brands I had never even heard of because I had to have products to sell. I couldn’t sell kitchens without having appliances.”

Although RørosHetta doesn’t have stock in the UK, the current lead time from Norway is about three weeks.

Corlett-Shaw explains the disruption has been less of an issue for the company, as its luxury cooker hoods are mainly bespoke and so retailers working in that market are used to those lead times.

There are around 40 standard products in the range, boasting A and A+ energy ratings, with many of them featuring SENSE technology, but which all can be tailored to suit a client’s design.

She also points to the tunable LED lighting on the hood, which can be changed from cool to warm light, which can be controlled by app, and the ability for the hood to monitor air quality and operate automatically.

However, she believes it’s the USP of built-in fire safety which will offer the greatest sales opportunity.

“People are buying Quooker taps because it’s not just a tap, it has an additional feature.

“Ours isn’t just a hood it’s got safety features. The fire safety message is a no-brainer.

So what are the hopes for the brand? Corlett-Shaw states: “I think in five years’ time, this technology will be the next Quooker taps.” 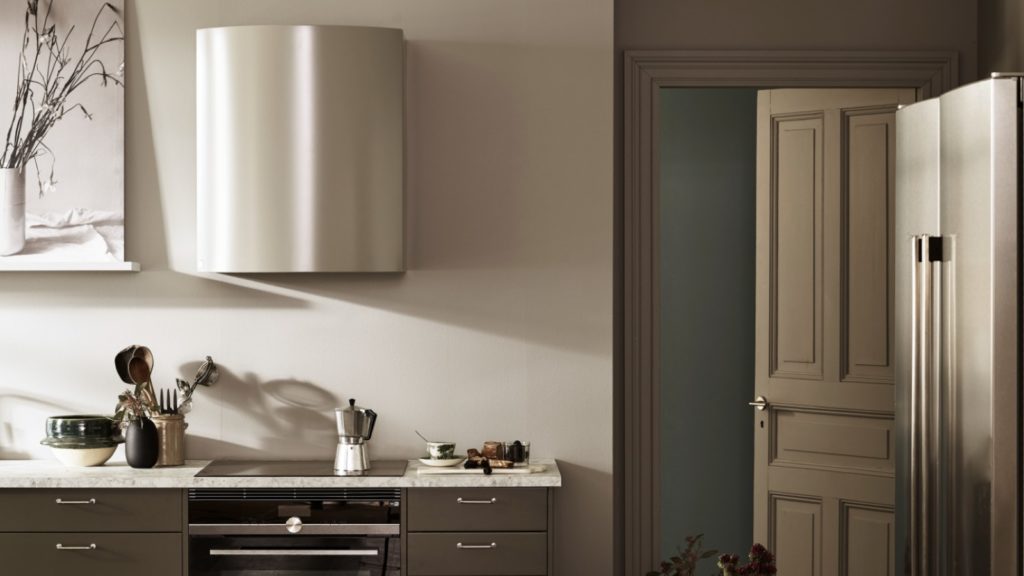 In fact, she has sought advice from its managing director in the UK Stephen Johnson to learn from his experience of entering the market: “When I left Magnet and took this job, I looked at the market and thought who has done a fantastic job at launching a product in the UK? Straightaway I thought of Stephen Johnson.”

She contacted him through LinkedIn and met up to discuss how he has made a success of introducing new technology into the UK.

Corlett-Shaw comments: “It’s not just about making a product and making lots of money – you’ve got to work smarter and offer things that haven’t been offered before.”

With her background in buying kitchens and appliances, Corlett-Shaw is confident her experience has led her to a product with new technology to interest the UK market: “I hope to know what the majority of buyers and customers do want. RørosHetta SENSE has USPs and is a great product.”