Managing director of Trojan Baths David Mosley explains how the company offers much more than a single-ended, acrylic bath, including meeting the needs of the accessibility market

Managing director of Trojan Baths David Mosley explains how the company offers much more than a single-ended, acrylic bath, including meeting the needs of the accessibility market 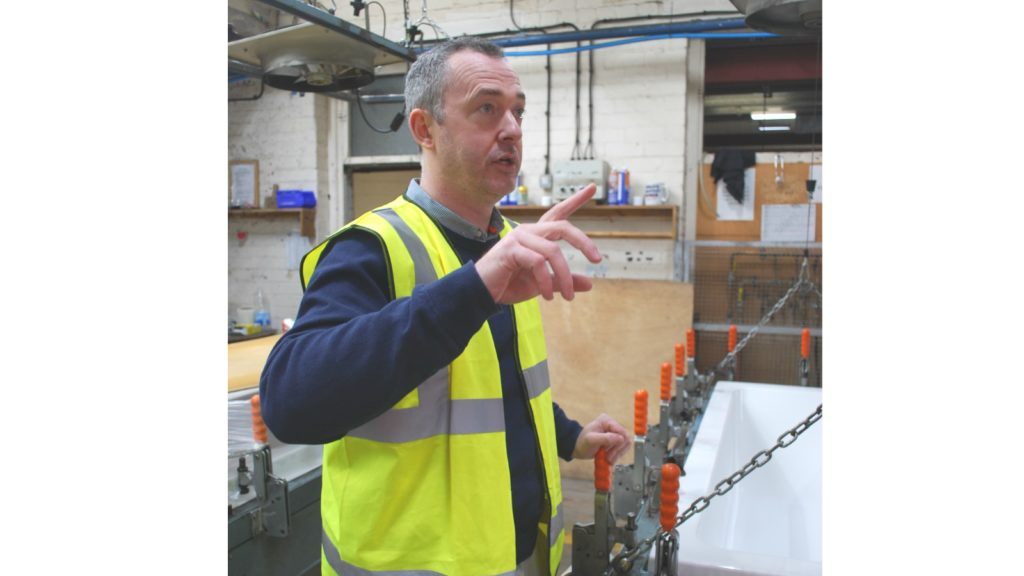 When Maurice Mosley started a plumber’s merchants business in Huddersfield in 1973 he had a requirement for some acrylic baths.

To secure the ‘best price’ Maurice was asked to order 400 baths from the manufacturer, which he did. It turned out the price paid was not the ‘best’ and Maurice was forced to sell them at a loss.

Annoyed, Maurice  pledged to make his own tubs. And that’s what he did.

In 1975 he established Trojan Plastics (named because he was ‘working like a Trojan’) and even started his own acrylic sheet manufacturing, when he couldn’t get it at a price to compete with then neighbouring Spring Ram Bathrooms.

“If you’re a Trojan, you never give up”, Maurice Mosley says succinctly.

It has seen him lead the business from manufacturing three models in different sizes to have three factories, albeit the sheet acrylic plant has closed. 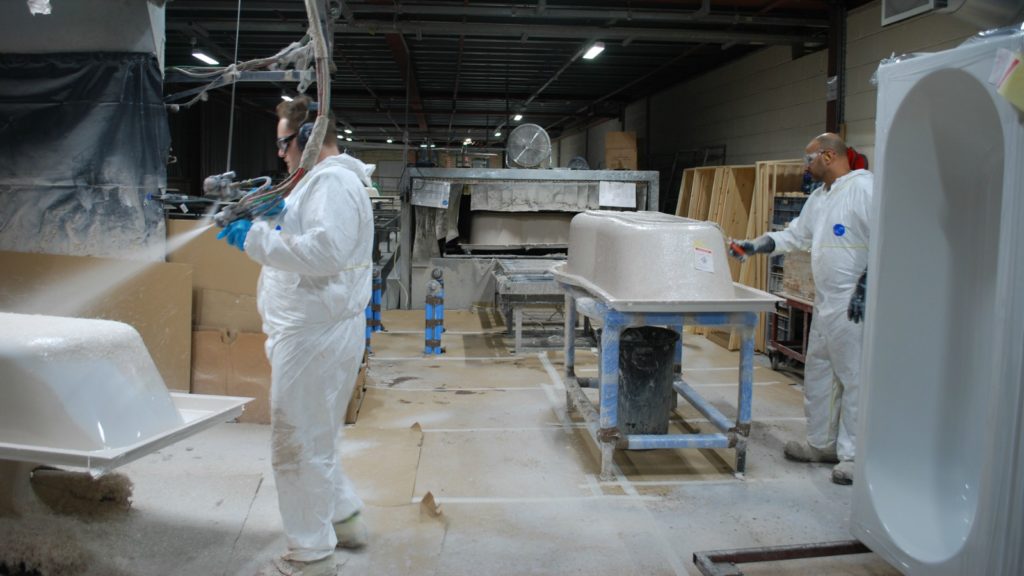 Now the company makes over 6,000 baths a week, including one of its first models, the Avon. The name being Nova spelt backwards. A playful nod to one of Spring Ram’s most successful baths at the time.

Trojan baths are supplied to independent showrooms through bathroom distributors and through national and independent merchants for contract and social housing projects including Birmingham Council – it’s first ever customer.

Run by his son David Mosley, Trojan Baths is well known for its “standard acrylic baths”, but its portfolio spans a range of models.

It has recently opened a showroom at its Huddersfield headquarters to showcase its wide portfolio of baths including inclusive models – under its Bathe Easy brand – which is a focus of growth for the company.

David Mosley explains why the company made the acquisition: “We are their biggest customer and probably represent 50% of their turnover and if we started to represent 80% and something happened to them, we would be a bit snookered.

“We took a pragmatic view, when we reached a certain level of business, we would find out if they were open for a conversation, which they were.”

He explains they will be run as separate businesses, offering Bathe Easy as a consumer-facing brand and Manteleda servicing the OEM market. 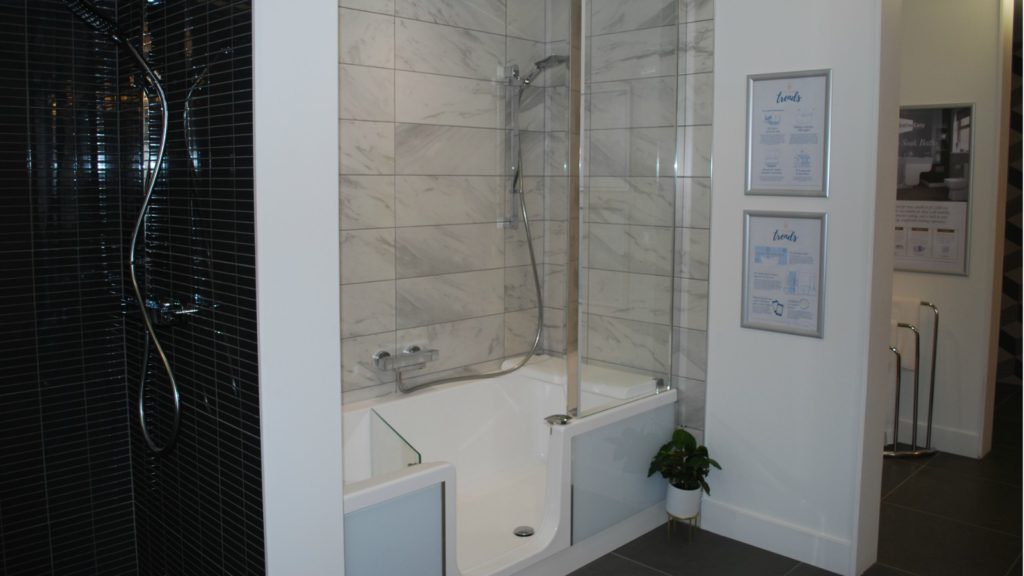 The accessible bathroom is a focus of growth for the company, not only providing independent living for older consumers but with aesthetics which can equally serve the needs of families with young children.

David Mosley comments: “People are living longer and want to retain their independence. For us it’s one of our main focuses for growth.”

Devised by David Mosley, together with the production department, during a 12 hr wait in Dubai airport, they created a five-year plan for the Bathe Easy brand “and we’ve done more or less everything on the list”.

It’s an example of the company’s continued investment in the business. “We are doing things all the time and we always say to our customers if they’re trusting us with their business it’s important we’re reinvesting in our business for them, as well as for ourselves”, explains Mosley.

He continues: “We’ve seen ourselves go up the league tables over the years and that’s because of consistency.

“Our continued investment gives customers that peace of mind that actually, Trojan is a good solid business and always reinvesting to improve our business.”

It has recently invested in its shower bath offering, with the recent launch of Evolve. The rectangular bath has been created so it has a large showering area but is easier to tile around. It has been a need, driven by feedback from installers.

Mosley continues: “The simplest form of design is the best. It’s not revolutionary but it allows distributors to reduce their stock. There’s not a left- or a right-hand model, there’s not a special screen or a special panel but you still get the extra internal space.”

And to showcase its variety of bath models, the company has recently invested in a showroom  which it hopes will encourage consumers to think “I wasn’t expecting that of Trojan”.

He explains: “There was no point putting in here an entry-level, volume bath. You know we can do that and accept you’re going to get a good bath at a good price, on time and in full.

“What I want to do is for customers to look at other baths we offer, such as solid surface baths in a matt or a gloss finish.” 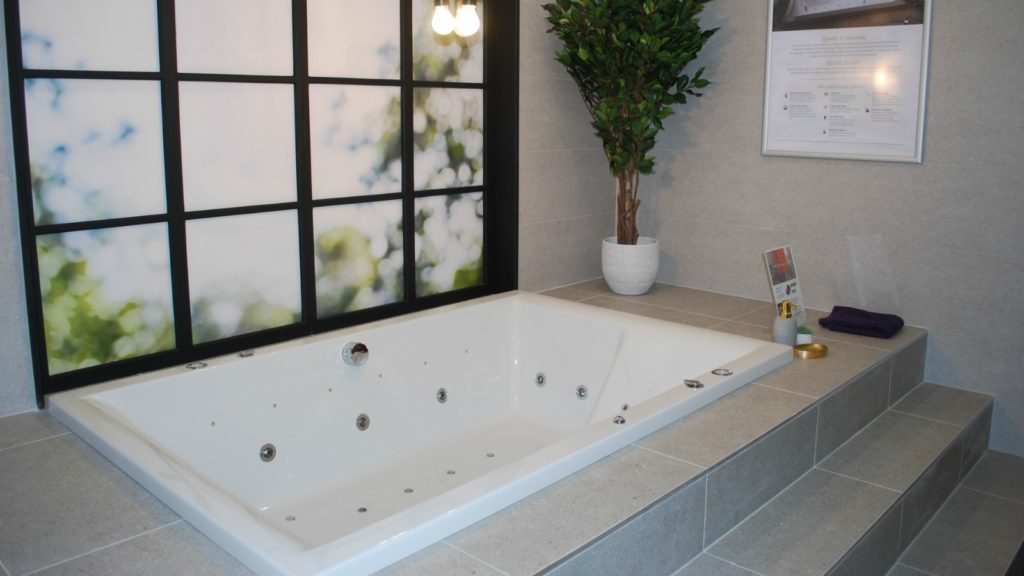 He says he also wants retailers to look at its UK-sized models measuring 1600mm in length: “If you want a small bathroom and something inspirational we might have a solution for you in our range, because people in a terraced house shouldn’t just be limited to a standard bath.”

The showroom has been styled to mirror the roomsets in the brochure, so there is a synergy in brand communication to its customers.

It includes posters featuring alternative bath models in each range, as well as information about the business including achievements of 90-year old Maurice. 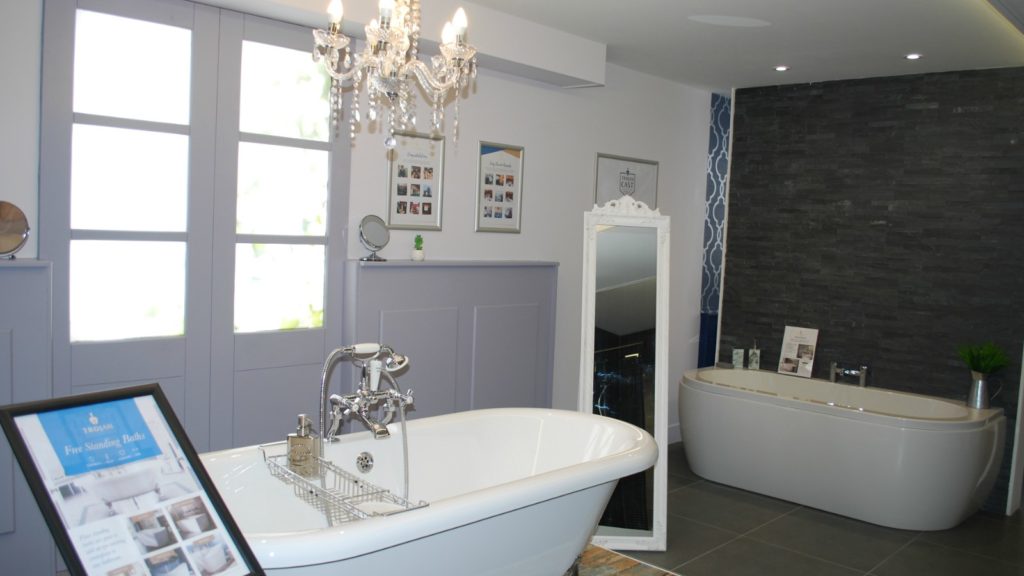 Consistent and authentic
While the showroom may be designed to surprise its customers, a thread that has run through the business for over 45 years has been consistency and integrity.

While Maurice says he is most proud of making a success of the business, he admits “It’s been hard graft” but then that’s all part and parcel of “working like a Trojan.”