Smeg has unveiled an industry first – Galileo –  which combines steam, microwave, and traditional cooking all in one and is named after the father of modern science.

Italian appliance brand Smeg has unveiled an industry first – Galileo –  which combines steam, microwave, and traditional cooking all in one and is named after the father of modern science. 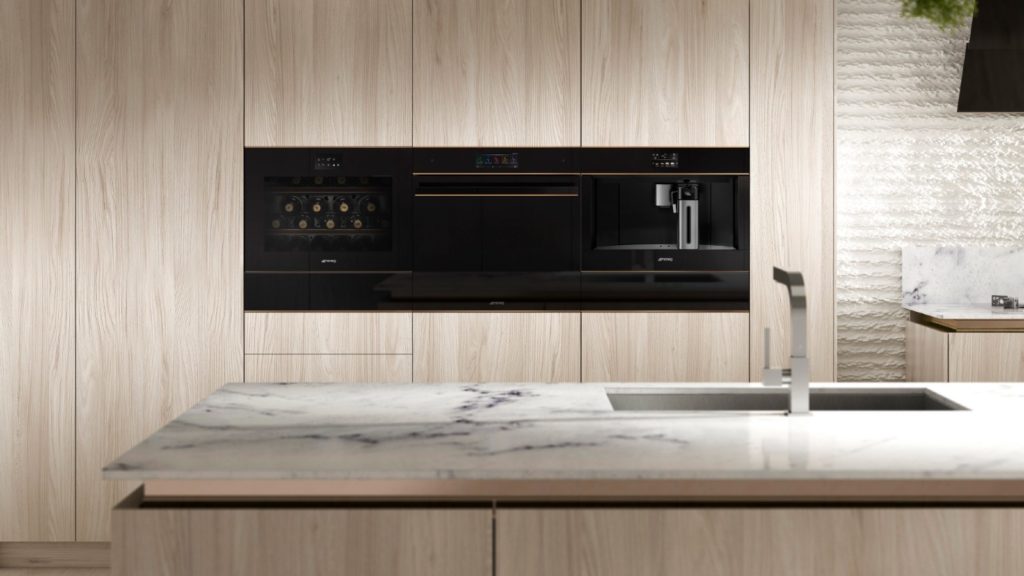 According to Smeg, the ovens make food tastier, healthier, and can decrease cooking times by up to 70%, including cooking a whole roast chicken in just 30 minutes

The range’s flagship model, Omnichef, has a re-designed oven interior to allow the steam, microwave and traditional cooking to work either independently, selecting functions one after another (MultiStep), or simultaneously (MultiTech) – depending on the dish you are cooking.

By combining the three functions, Galileo can provide even browning as a result of traditional cooking, moisture and flavour retention using steam and the speed of microwave cooking.

In addition, Smeg has enhanced its steam and microwave cooking functions; the new Inverter and Stirrer microwave technology has been reconfigured to complete even cooking so there are no hotspots on food.

As for steam cooking, the Galileo range offers steam injection and up to 100% steam

To manage the new technology, the Omnichef comes with Smeg’s recently launched VivoscreenMax, which is used on its connected ovens.

The screen control can automatically programme the cooking functions simply based on the dish you are making and boasts over 150 pre-set recipes.

It can also cook meat to preferences, as users can enter the type of meat and the weight, and the oven will work out the temperature and time it needs to cook perfectly.

To complete the new generation of ovens, a range of accessories will also be available with Galileo such as re-designed enamel trays, a refractory pizza stone, a reversible BBQ pan and an Airfry pan for crispy fried food but with a lower amount of cooking fat.

Smeg’s Galileo cooking technology will be rolled out across three of its best-selling built-in oven ranges: Dolce Stil Novo, Linea and Classic.